food Celebrities Are Fighting Over the 'Keto' Diet. Here's What Science Says About How Healthy It Is

Keto diet prescribes 80% of calories from fats, the rest from protein, with minimal carbohydrates. This means lots of meat, dairy, butter, eggs, nuts, seeds and oils, and avoiding grains and carb-heavy fruits and vegetables.

January 28, 2019 Jamie Ducharme TIME Health
Printer friendly
Celebrities Are Fighting Over the 'Keto' Diet. Here's What Science Says About How Healthy It Is Published January 28, 2019 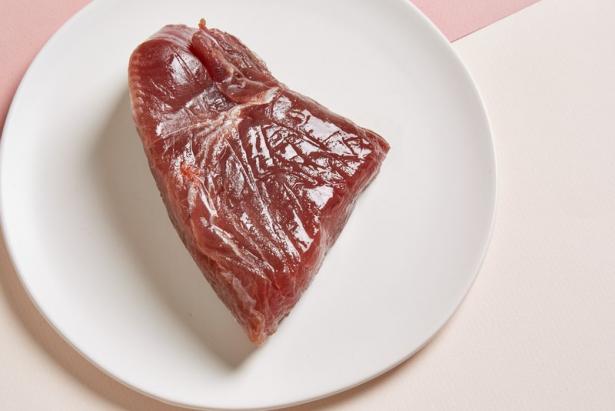 It involves mostly eliminating carbohydrates, cutting back on protein and eating plenty of fats.,DAnny Kim for TIME

A celebrity feud has ignited debate over the popular — but somewhat controversial — ketogenic diet.

It all started last week, when trainer Jillian Michaels told Women’s Health that the high-fat, low-carb keto diet is “a bad plan, for a million reasons.”

“I don’t understand. Like, why would anybody think this is a good idea?” Michaels asked.

It quickly became clear that many people, famous and otherwise, think the trendy plan is a good idea. Celebrities including Al Roker and Andy Cohen criticized Michaels’ take, causing her to double down on her position and offer to debate the science of the diet.

So what is the diet behind the beef? Here’s what you should know about the ketogenic diet.

What is the ketogenic diet?

The ketogenic, or keto, diet has been used by medical professionals to treat seizures for nearly a century. In recent years, it has also become popular among people trying to lose weight and build muscle. It involves mostly eliminating carbohydrates, cutting back on protein and eating plenty of fats.

Followers are advised to draw about 80% of their calories from fats and the rest from protein, with minimal carbohydrate consumption — which means eating plenty of meats, dairy products, butter, eggs, nuts, seeds and oils, and avoiding grains and carb-heavy fruits and vegetables. That’s a stark departure from the U.S. Dietary Guidelines for Americans, which say between 45 and 65% of daily calories should come from carbohydrates.

The diet is meant to push the body into a state of ketosis, or burning fat for energy.

Carbohydrates are the body’s primary fuel source, so without them, it must find other sources of energy. In this case, that’s ketones, or energy-carrying molecules found in fats. Proponents say a state of ketosis helps the body function more efficiently and spurs weight loss. This year, U.S. News & World Report called keto the second-best diet for fast weight loss, after HMR and tied with Atkins.

While keto is extreme, plenty of research has backed low-carb diets of varying intensities for weight loss. Several studies — though not all — have found that they are more effective than low-fat plans for dropping pounds.

The jury is out. Plenty of research and anecdotal evidence shows that keto can lead to short-term weight loss, and potentially help prevent or reverse obesity, type 2 diabetes and fatty liver disease. But experts aren’t exactly sure how ketosis affects the body over time, and some doctors caution that such severe restriction can be unsustainable.

“Ketogenic and other very-low-carbohydrate diets can be quite challenging to follow over the long term, and the possibility of adverse effects has not been ruled out,” Dr. David Ludwig, a professor of nutrition at the Harvard T.H. Chan School of Public Health, told TIME in 2016. “Usually, such severe restriction isn’t necessary.”

Indeed, while experts recommend cutting back on refined carbohydrates, such as white bread and snack foods, some carbohydrates are perfectly healthy. Foods such as fruits, sweet potatoes and whole grains are carb-heavy but also nutrient- and fiber-rich, and have been linked with health benefits ranging from lower rates of chronic disease to longer lifespans.

Meanwhile, research has gone back and forth on the health benefits versus risks of consuming lots of fat. Experts once condemned fatty foods as all-but-sure causes of weight gain and heart disease, but more recent studies have found that they may not be associated with cardiovascular issues, and may actually keep weight in check by stabilizing hunger and blood sugar.

Finally, scientists are increasingly urging people to follow a heavily plant-based diet, both for physical and environmental health. Eatings lots of animal proteins — particularly red and processed meats — has been linked to conditions including heart disease and cancer, and raising livestock is a major source of greenhouse gas emissions. Plant-based foods, on the other hand, are associated with lower rates of many of the same conditions, and are more sustainable to produce.

While science hasn’t reached a firm conclusion on keto, it seems likely that the best diet is one that strikes a moderate balance between these different food groups.

Write to Jamie Ducharme at jamie.ducharme@time.com