Sanders plans to introduce an estate tax plan with rates up to 77 percent. The "For the 99.8% Act," would tax the estates of those who inherit more than $3.5 million. The proposal comes after Republican senators call for eliminating the estate tax. 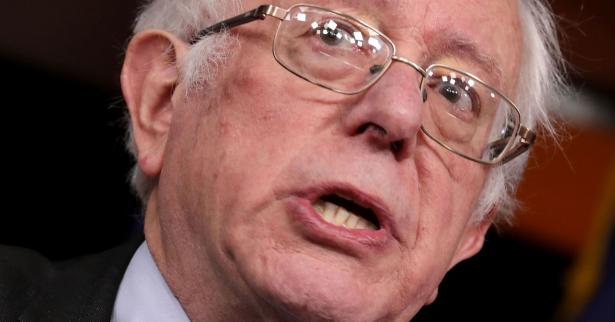 As the adage goes, there are only two certainties in life: death and taxes. And if Vermont Senator Bernie Sanders' new tax plan were to go into effect, death would trigger much higher taxes for the billionaire set.

Under Sanders' new tax plan announced Thursday, billionaires would be subject to a 77 percent estate tax, which is the tax levied on the cash, property, real estate and other assets ("everything you own or have certain interests in," according to the Internal Revenue Service) of a deceased person when it is transferred to another person. In 2018, the Tax Cuts and Jobs Act put the estate tax at 40 percent after the first $11.18 million, according to the Internal Revenue Service.

"Our bill only applies to the richest 0.2% of Americans," Sanders tweeted earlier on Thursday.

According to estimates made by Sanders' office, here's what the new bill would establish for the wealthiest five billionaires in the United States:

(For the calculations, Sanders' office used the net worth list from Forbes, as of Monday, "and then applied our proposed rates" to determine what each billionaire would pay if the new tax plan were implemented, Sanders' spokesperson Josh Miller-Lewis tells CNBC Make It. To determine a baseline of what each billionaire would have to pay in estate tax under current law, Sanders' office applied the 40 percent estate tax rate on the Forbes net worth of the given person as of Monday.)

The fairest way to reduce wealth inequality, invest in the disappearing middle class and preserve our democracy is to enact a progressive estate tax on the inherited wealth of multi-millionaires and billionaires.

Today I'm introducing a bill to do that:https://t.co/dDaCCgC2z5

Changing the estate tax is not unheard of: Indeed, the estate tax has fluctuated from year to year for most of the last 20 years "creating uncertainty for taxpayers and their advisors," the Joint Committee on Taxation says in a primer on the U.S. Federal Wealth Transfer Tax System published in 2015.

The Sanders' tax plan could make $2.2 trillion from 588 billionaires in the United States, according to a written statement from Sanders' office published Thursday. (The precise date as to when this $2.2 trillion could be reaped is "hard to say," Miller-Lewis tells CNBC Make It, because it's impossible to know when an estate tax will be levied since a person's time of death is unknown.)

The goal, which is a common theme for the progressive Senator from Vermont, is to stem the tide of wealth inequality.

"At a time of massive wealth and income inequality, when the three richest Americans own more wealth than 160 million Americans, it is literally beyond belief that the Republican leadership wants to provide hundreds of billions of dollars in tax breaks to the top 0.2 percent," Sanders says in the written statement. "Our bill does what the American people want by substantially increasing the estate tax on the wealthiest families in this country and dramatically reducing wealth inequality. From a moral, economic, and political perspective our nation will not thrive when so few have so much and so many have so little."

Indeed, Gates, Bezos and Buffett own more wealth than the bottom half of the American population combined, or 160 million people, according to November 2017 report published by the Institute for Policy Studies, a left-leaning think tank based in Washington, D.C.

Representatives for Buffett, Ellison, Zuckerberg, Gates and Bezos did not immediately respond to a request for comment.

However, Buffett addressed Republicans' idea to eliminate the estate tax in an interview with Becky Quick on CNBC's Squawk Box in October 2017.

"I don't think I need a tax cut," Buffett said. "[I]f they passed the bill that they're talking about, I could leave $75 billion to a bunch of children and grandchildren and great grandchildren, and if I left it to 35 of them, they would each have a couple of billion dollars. They could put it out at 5 percent and have $100 million.

"Is that a great way to allocate resources in the United States?" Buffett continued. "That's what you are doing through the tax code is you are affecting the allocation of resources."

Still, some are fierce critics of the estate tax, even at current levels. "You work your whole life to build up a nest egg or a family-owned business or family farm. Then you pass away... Uncle Sam can swoop in and take over 40% of everything you've earned over a certain amount. It's just wrong," House Ways and Means Committee Chairman Kevin Brady said in August 2017, when the estate tax was being considered then, according to CNN.

Catherine Clifford is the senior entrepreneurship writer at CNBC. She was formerly a senior writer at Entrepreneur.com, the small business reporter at CNNMoney and an assistant in the New York bureau for CNN. Clifford attended Columbia University where she earned a bachelor's degree. She lives in Brooklyn, N.Y., and is an avid yogi. You can follow her on Twitter at @CatClifford.