How The CIA Overthrew Iran's Democracy In 4 Days

Over the course of four days in August 1953, Roosevelt would orchestrate not one, but two attempts to destabilize the government of Iran, forever changing the relationship between the country and the U.S. 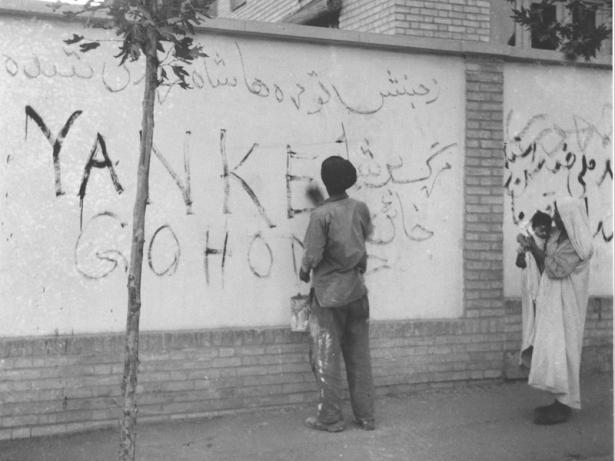 Aug. 21, 1953: A resident of Tehran washes "Yankee Go Home" from a wall in the capital city of Iran. The new Prime Minister Fazlollah Zahedi requested the cleanup after the overthrow of his predecessor., AP

On Aug. 19, 2013, the CIA publicly admitted for the first time its involvement in the 1953 coup against Iran's elected Prime Minister Mohammad Mossadegh. 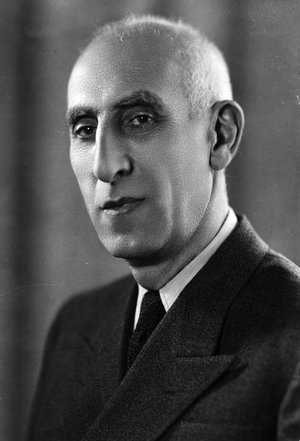 The documents provided details of the CIA's plan at the time, which was led by senior officer Kermit Roosevelt Jr., the grandson of U.S. President Theodore Roosevelt. Over the course of four days in August 1953, Roosevelt would orchestrate not one, but two attempts to destabilize the government of Iran, forever changing the relationship between the country and the U.S. In this episode, we go back to retrace what happened in the inaugural episode of NPR's new history podcast, Throughline.

Mohammad Mossadegh was a beloved figure in Iran. During his tenure, he introduced a range of social and economic policies, the most significant being the nationalization of the Iranian oil industry. Great Britain had controlled Iran's oil for decades through the Anglo-Iranian Oil Co. After months of talks the prime minister broke off negotiations and denied the British any further involvement in Iran's oil industry. Britain then appealed to the United States for help, which eventually led the CIA to orchestrate the overthrow of Mossadegh and restore power to Mohammad Reza Pahlavi, the last Shah of Iran. 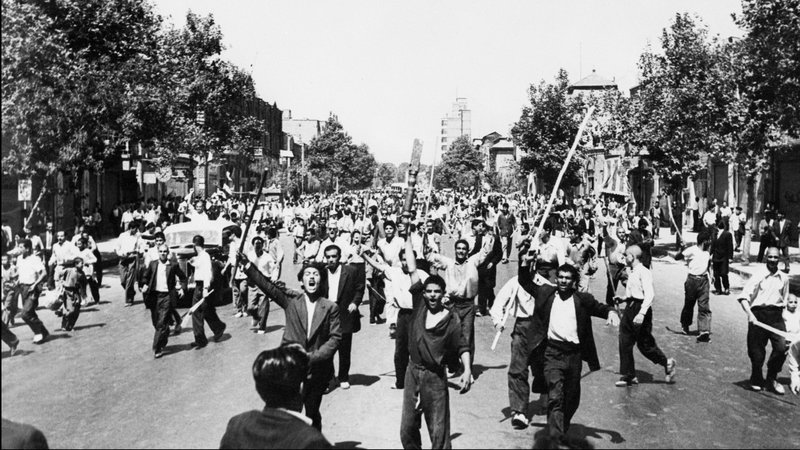 August 19, 1953: Massive protests broke out across Iran, leaving almost 300 dead in firefights in the streets of Tehran. Iranian Prime Minister Mohammad Mossadegh was soon overthrown in a coup orchestrated by the CIA and British intelligence. The Shah was reinstalled as Iran's leader. AFP/Getty Images

According to Stephen Kinzer, author of the book All the Shah's Men, Roosevelt quickly seized control of the Iranian press by buying them off with bribes and circulating anti-Mossadegh propaganda. He recruited allies among the Islamic clergy, and he convinced the shah that Mossadegh was a threat. The last step entailed a dramatic attempt to apprehend Mossadegh at his house in the middle of the night. But the coup failed. Mossadegh learned of it and fought back. The next morning, he announced victory over the radio. 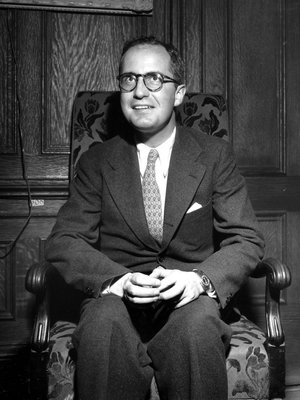 Mossadegh thought he was in the clear, but Roosevelt hadn't given up. He orchestrated a second coup, which succeeded. Mossadegh was placed on trial and spent his life under house arrest. The shah returned to power and ruled for another 25 years until the 1979 Iranian Revolution. The 1953 coup was later invoked by students and the political class in Iran as a justification for overthrowing the shah.

[moderator: For another brief overview of the overthrow of Mossadegh see also Truthdig, AUGUST 20, 2013| ROBERT SCHEER The Moment the U.S. Ended Iran's Brief Experiment in Democracy]

Lawrence Wu is the producer of NPR's Throughline.

Michelle Lanz us a producer of NPR's Throughline.