After a significant year for the gun control movement in 2018, momentum for stricter firearms laws in states across the country likely will accelerate this year. 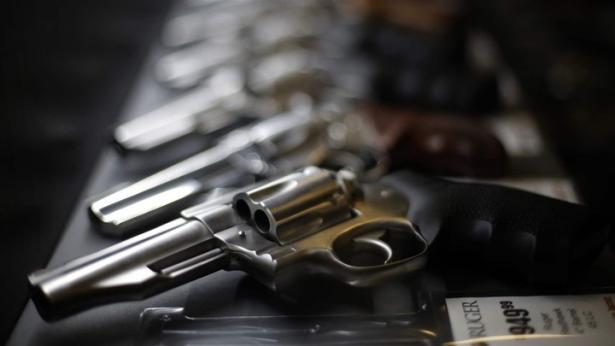 After a significant year for the gun control movement in 2018, momentum for stricter firearms laws in states across the country likely will accelerate this year.

In states where Democrats made big gains in the November elections, lawmakers are quickly moving legislation to raise the buying age for guns and to ban assault-style weapons. Other measures, including bills to limit gun access for domestic abusers and people who may harm themselves or others, have increasing bipartisan support.

The national conversation about guns is changing, said Robert Spitzer, a professor of political science at the State University of New York College at Cortland and the author of five books on gun control.

“There’s been a flood of new legislation,” he said. “With more state legislatures in Democratic hands, with the sense you can enforce new gun laws and it not be a stigma, there’s not only momentum but concrete evidence that those who want to see stronger gun laws are making headway.”

Already this year, lawmakers in more than a dozen states have introduced at least 50 major gun control bills, including measures to expand background checks and ban lethal accessories like bump stocks, according to a count by the Giffords Law Center to Prevent Gun Violence, a gun control organization co-founded by former U.S. Rep. Gabrielle Giffords, the Arizona Democrat who survived a 2011 shooting.

To be sure, Republicans who still control most state legislatures likely will pass gun rights legislation. At least 26 state bills would significantly expand gun access, according to the Giffords Law Center.

North Dakota, for example, is moving a bill to boost school security using armed guards, and several other states are following suit.

In the six years prior, states had enacted nearly 600 gun laws, and nearly two-thirds of those were backed by the National Rifle Association, according to data compiled by Stateline.

That shift played out in the November midterms, when federal and statewide candidates promising gun control won in red and blue states. Lawmakers will carry that momentum into the new legislative session.

“It comes as a surprise to no one that Democrat-controlled statehouses are less advantageous to the firearms industry,” he said. “We’ll see more restrictive gun laws, but we might see improvement to right-to-carry laws in other states in the country.”

Keane later added, “People have been writing about the demise of the Second Amendment for a long time. Politics ebbs and flows.”

The legislature in January passed six measures that ban bump stocks, extend waiting periods for gun purchases, prevent teachers from carrying guns in schools and allow law enforcement to remove guns from people judged to pose a danger to themselves or others. The bills passed largely along party lines and were signed by Gov. Andrew Cuomo, a Democrat.

In California, newly elected Democratic Gov. Gavin Newsom told reporters he would support limiting the number of guns Californians can purchase in a month, among other gun control proposals.

As one of his first acts as Illinois’ newly elected governor, Democrat J.B. Pritzker signed legislation Jan. 17 that further regulates gun stores throughout the state by requiring certifications.

During the signing ceremony, Pritzker said he wanted to tackle more gun control legislation, including a ban on bump stocks and trigger cranks — devices that allow a semi-automatic weapon to fire automatically.

While several states are moving forward with their bans, the Trump administration has made the possession of the devices illegal starting in late March.

The Illinois State Rifle Association is preparing a lawsuit against the state over the new store regulation law. Richard Pearson, the group’s executive director, said with Democrats in charge of the legislature and the governorship, it’s difficult for gun rights groups to block regulation efforts.

“The legislature went very anti-gun, and the governor is very anti-gun,” he said. “It’s going to be a tough fight, there’s no question about it.”

Last year showed that Democrats could run on gun control and win despite opposition from the National Rifle Association, said Nico Bocour, the state legislative director at the Giffords Law Center.

At the national level, Giffords’ political action committee endorsed 95 winning U.S. House candidates, some of them in deep red states such as Kansas and Georgia. Gun control groups outspent the NRA by nearly $2 million in congressional elections, according to records compiled by Open Secrets.

The NRA did not respond to requests for comment.

Democrats now have a majority in the U.S. House, and they are looking to pass universal background checks in the coming months. But such restrictions are “highly unlikely” to pass in the upper chamber, according to Senate Majority Leader Mitch McConnell, a Kentucky Republican.

Now, state lawmakers are introducing gun control legislation even in states that have not taken up such measures in the past, Bocour said: “2019 is looking like it will be as successful, if not more successful than 2018.

“We will be working with lawmakers in more states and more legislation than we have ever done before,” she said. “We’re certainly seeing an increase in interest.”

And efforts to ban untraceable “ghost guns,” like those that are 3D-printed, are moving forward in Delaware, Maryland and Oregon.

State efforts to pass “red flag” laws this year are especially likely to succeed, Bocour said. Such measures allow family, household members, or local law enforcement officials to petition for a court order allowing police to seize weapons from people who they think might harm themselves or others.

Last year, eight states enacted such laws. Five of those were signed by Republican governors. Now, lawmakers of both parties in nearly a dozen states, including Colorado, Maine, Nevada, New Mexico, North Dakota and Pennsylvania, are considering similar legislation.

Five of those requests involved potential school shootings, he said. Maryland judges approved around half of the requested seizures after evidentiary hearings, Popkin said.

“There is no doubt in my mind this is saving lives,” he said. “Gun-safety laws are really a priority for law enforcement when we know somebody has made a threat to themselves or a threat to someone else, and they have access to firearms.”

Gun rights advocates, like Keane at the National Shooting Sports Foundation, say they may support red-flag laws, but have concerns about due process.

“We think it’s a good idea to give law enforcement more tools,” Keane said. “We have no problem with the concept of these laws, but we think they should be written carefully since this is a fundamental constitutional right.”

Among critics of red-flag legislation is Arkansas state Sen. Trent Garner. The Republican said that in his state, such a bill has “almost zero chance” of getting out of committee and “zero chance” of passing into law.

“I have strong reservations against them,” he said, explaining his concern about regulating guns generally. “I don’t think there’s much support. Even the Democrats in Arkansas are conservative.”

Garner supports legislation that wouldn’t require a permit to carry a concealed weapon and has authored a bill that would make the shotgun the official gun of Arkansas.

“We have a state gem: the diamond, a state bird: the mockingbird — so I wanted to make the shotgun the state gun,” he told Stateline in an interview. Arkansas, he said, is famous for its duck hunting.

One Republican lawmaker, state Sen. Amanda Chase, stood on the floor of the chamber armed with a .38 special on her hip during recent a debate. Gun rights advocates in Virginia called the bill a slippery slope, possibly leading to future bills that would allow law enforcement to seize guns of people who aren’t mentally ill.

Gun rights advocates have improved chances in some states this year. The NRA helped defeat moderate Democrats in the U.S. Senate, including Joe Donnelly of Indiana and Claire McCaskill of Missouri. The Parkland students also faced a disappointing loss in their home state with the victory of Republican Gov. Ron DeSantis.

In late January, South Dakota became the latest state to allow its residents to carry handguns without a permit. Republican lawmakers in states such as Iowa, North Carolina, Texas and Virginia are considering similar measures.

To combat school shootings, states including Kentucky are weighing measures to arm teachers and increase the number of armed school guards.

In South Carolina, a proposal to add a 7 percent sales tax on guns to fund school resource officers was quickly dismissed by the state’s Republican governor.

Gun rights activists also see hope in the U.S. Supreme Court, which will review a New York City law that prevents residents from carrying their guns outside their homes.

The court likely will strike down the law, Spitzer said, with the addition of conservative Justice Brett Kavanaugh.

“The majority is going to use it as an opportunity to expand gun rights,” Spitzer said, “and use it as a legal basis to strike down more gun laws in the future.”

In Connecticut, the gun industry advocacy group National Shooting Sports Foundation’s Mark Oliva, a public affairs manager, said he was encouraged by the court’s decision to take up the case. It was its first major Second Amendment case since the court upheld the right to possess firearms, striking down a strict Washington, D.C., gun law in 2008, Oliva said.

“They’ve been treating the Second Amendment like a second-class right for too long.”

Matt Vasilogambros writes about immigration and voting rights for Stateline.