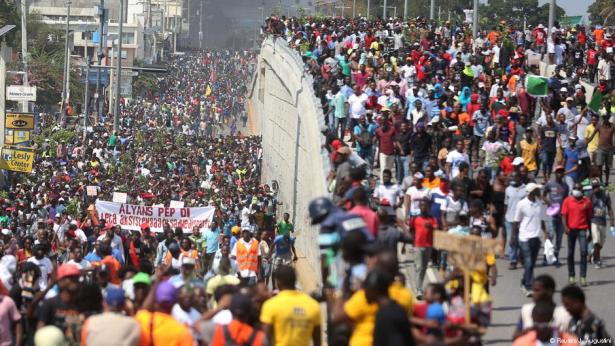 Tens of thousands of high school–age students in Belgium, Germany, and Sweden have boycotted class and protested against climate change. The loose movement’s inspiration is a 16-year-old girl who began a solitary picket last year outside the Swedish Parliament in Stockholm.

Just a few years ago, the vast majority of working-class barrios in Caracas were ardent supporters of Chavismo. Today, they are split—but they don’t trust the opposition either.

COSATU is calling for job creation, an end to corruption in the private sector, a ban on labour broker companies and an end to retrenchments for the sake of profit. The protesters oppose a planned restructuring of the national electric utility Eskom.

The March 24 vote could be swayed by young people, many of them newly politicized and active in a way that has rarely been seen since state forces crushed student pro-democracy movements in the 1970s.

A wave of wildcat strikes has rolled across this Mexican border town, as thousands of workers walked off the job to demand better salaries, safer conditions – and union leaders who put members’ concerns ahead of company interests.