In my research as an economist studying corporate welfare, I have reviewed much evidence on the effectiveness of tax and other incentives. My conclusion: Incentives just don’t work. 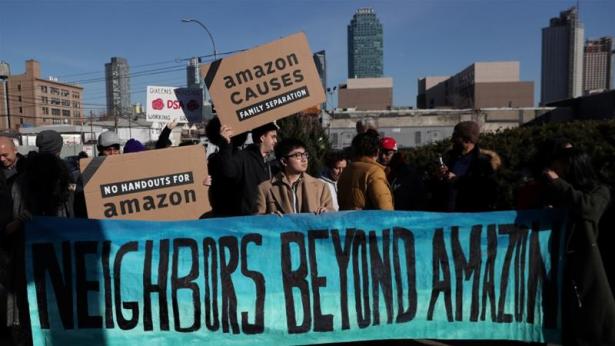 Demonstrators hold signs during a protest against Amazon in the Long Island City section of the Queens borough of New York, US, February 14, 2019, Shannon Stapleton/Reuters

Amazon’s decision to walk away from its plan to build a new headquarters in Queens stunned city and state officials, who had promised US$3 billion in incentives in exchange for some 25,000 jobs. They had never questioned whether the promised jobs and economic stimulus would actually appear.

In my own research as an economist studying corporate welfare, I have found and reviewed much evidence on the effectiveness of tax and other incentives. My conclusion: Incentives just don’t work.

That’s in part because companies aren’t obligated to follow through on their promises. Just ask Boston.

In February, around the same time Amazon walked away from its NYC plans, General Electric announced it will cut back on jobs and investment in its new headquarters in Boston. Only three years ago, the company’s plan to relocate from Connecticut in exchange for $25 million in tax breaks was touted as a big deal for Boston.

Or consider General Motors, which in 2012 said it would build a new electric vehicle facility in White Marsh, Maryland, after receiving a subsidy of $105 million from the U.S. Department of Energy, $6 million in grants from Baltimore County and $4.5 million in state grants for economic development and job training. This past November, the automaker announced it will shut down the plant as part of a restructuring effort.

Or Foxconn. In 2017, Wisconsin Gov. Scott Walker announced that the electronics giant would build a new factory in the state. The $10 billion investment was supposed to create as many as 13,000 jobs housed on a high-tech campus the size of 11 Lambeau football fields. Walker, who was described, during the announcement, as “a picture of grinning, fist-pumping excitement,” offered more than $4 billion in tax incentives in return.

With only 178 jobs created as of January, now the plans for a large factory to build large TV screens are in doubt. Instead, Foxconn said it plans to work on a research and development facility in the state. 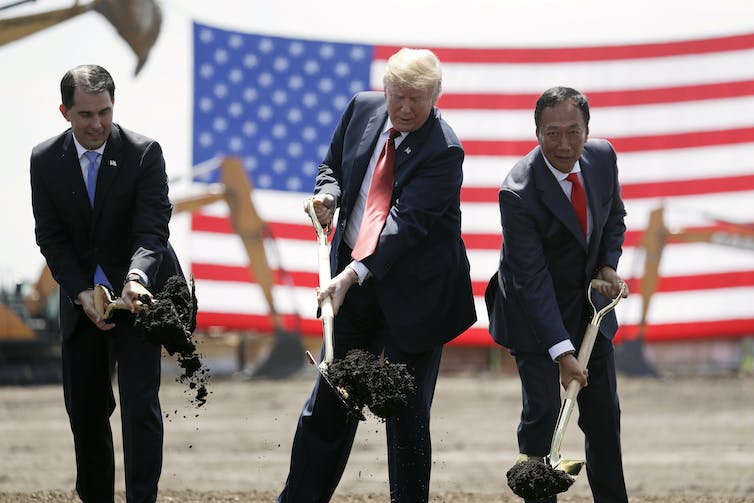 And for those that do stay, the benefits to the city or region aren’t all that great.

A 2016 study by economist Carlianne Patrick compared counties that won large new factories with those that lost out during the bidding process. She found that they typically did not generate more revenue for the local government than it spent on incentives, even if they did induce small increases in economic activity.

Another study by Patrick found that making it easier for local governments to offer aid to companies reduced employment in rural counties. And in 2018, the W.E. Upjohn Institute for Employment Research concluded that factories and offices that received an incentive had employment growth 3.7 percent slower than those that didn’t receive the inducement.

More than that, a review of 30 different studies by the Upjohn Institute found that incentives actually influence a company’s decision to invest in less than a quarter of cases. In other words, most of the time, a company would have made the investment with or without the tax break or other incentive.

In my own study, I collected data on 82 companies that invested in new plants and factories across the U.S. from 1982 to 1993 and then tracked them for a a couple of decades. I also collected data on the various tax incentives and other inducement policies each state offered.

As of 2010, when the last data were available, 52 were still in operation. Twenty-four of them closed. I couldn’t find data on the other six.

The point of providing companies with tax incentives and other subsidies is that they are supposed to lead to economic growth and make a facility more viable. On the contrary, I found that the plants in states with higher tax incentives were actually slightly more likely to have gone out of business by 2010.

What is going on here?

My theory, based on other research I’ve conducted, is that a company that is offered a large incentive package is incentivized to build a plant or office early rather than doing sufficient due diligence to ensure the decision is the best one.

Another possibility is tied to politics: The company wants to ink the deal and secure the subsidy while the governor who offered the deal is still in office. That appears to have happened in Wisconsin, where Walker lost his re-election the year after he offered Foxconn the large subsidies. 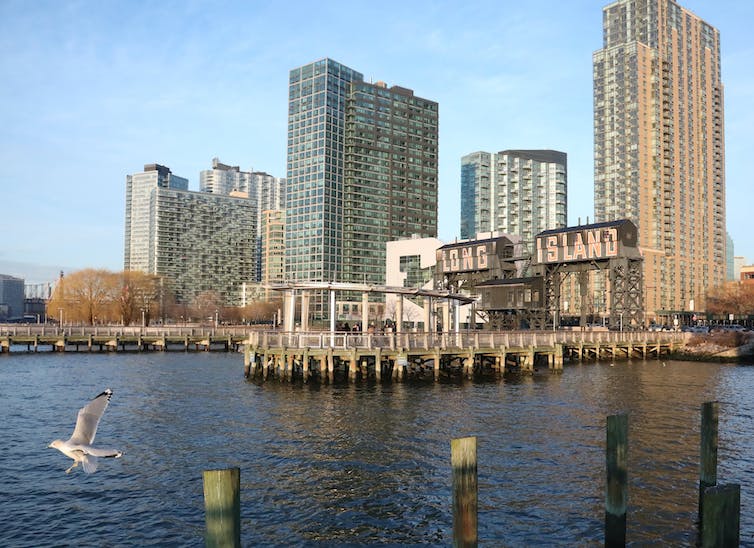 This area in Long Island City was the proposed site for a new Amazon headquarters. AP Photo/Bebeto Matthews

It is striking that Amazon, in announcing its cancellation of the New York headquarters, didn’t signal it was reopening the bidding process for one of its new headquarters.

Nowhere did it say that it would still hire the 25,000 workers it had said it would in New York City, though it still plans to create that many jobs in Virginia.

While Amazon said it pulled out because of political opposition, another reason may be that the lure of the subsidies blinded Amazon to economic realities and that it’s second-guessing its investment. In which case, perhaps Amazon should count its blessings as well.