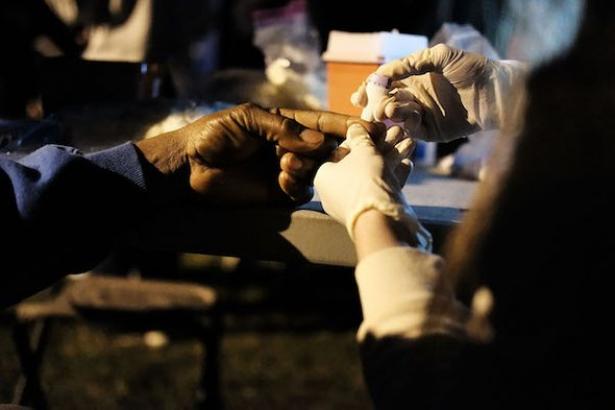 An ambitious plan President Donald Trump announced in his State of The Union speech to eliminate new diagnoses of HIV and AIDS in the United States by 2030 is feasible—but it fails to address the widespread prevention efforts necessary in black communities.

The proposal includes funding existing prevention programs and providing HIV prevention medication to those at highest risk in “hot spots” across the U.S. and Puerto Rico; identifying where the virus is spreading in real time and deploying resources to those areas; and creating an HIV HealthForce to support these efforts nationwide.

HIV experts and organizations responded with tempered optimism. Over the past three decades, the U.S. has witnessed astounding improvements in the prevention, detection and treatment of HIV in this country.

Yet one of the many ironies of this goal is that the groups most severely affected by HIV in the U.S. are those whose status rights, and protections are eroding: black women, youth and sexual and gender minorities. But there are strategies that can change this.

In our own research and practice, we have witnessed how social and structural factors have impacted the HIV epidemic among black Americans. In one of our experiences working at an HIV clinic in Georgia—a state with the highest HIV rates in the country—where the patient population was largely black, poor and rural, often patients would travel several hours, stay overnight and miss work to attend an appointment that lasted less than an hour.

Sometimes this was because our clinic was the one closest to them. At other times, they avoided using the clinic or pharmacy in their town, fearing that someone they knew would discover their HIV status and make assumptions about their identity or behavior.

Where we live in Chicago, similar factors are at play. The city remains highly segregated, and the highest rates of new HIV infections emerged in community areas more densely populated by black and lower-income individuals and that have limited access to care. Other areas of town with high HIV prevalence are mostly white and well-resourced, though services are expanding into historically underserved areas to fill this longstanding gap.

Although this paints a bleak picture, it also reveals many opportunities to combat the HIV epidemic by tackling structural problems, which we attempt to chip away at in our own work.

As PrEP uptake is limited among black transgender women and gay and bisexual men, one of us is partnering with a national pharmacy chain to improve access PrEP information in black neighborhoods highly impacted by HIV.

This program places informational kiosks in pharmacies to allow customers to learn about PrEP, and trains pharmacy staff to increase their comfort consulting with community members about PrEP.

We also have worked on a relationship education and HIV prevention program for male couples that is now being delivered nationally by videoconference. Using this technology circumvents many logistical, transportation and stigma-related barriers to HIV prevention and has enabled many couples of color in rural or under-resourced areas to receive care they would not otherwise.

Yet beyond the life of these research projects, curbing HIV in black Americans requires a sustained and genuine investment by the federal government in the health of black communities more broadly.

In the short term, funneling resources to areas most affected by HIV and increasing availability of PrEP is a laudable plan. But to see long term change, actions that will benefit black communities’ health and well-being in general are needed, and reductions in HIV will follow.

Black-led grassroots HIV advocacy organizations have made strides toward this goal by raising awareness of HIV in black communities, decreasing HIV stigma, and increasing rates of HIV testing and linkage to HIV care.

Nearly 60 percent of HIV diagnoses among black Americans are in gay and bisexual men, and an alarming one in two black men who have sex with men will become HIV-positive if the trajectory of the U.S. epidemic fails to change.​

Over half of transgender people diagnosed with HIV during 2009–2014 were black, most of whom were transgender women. Among cisgender women, black women accounted for 61 percent of diagnoses. Black teenagers are more severely affected compared to youth of other races and ethnicities.

Black Americans are less likely to have access to care than other races and ethnicities. When a place of care is available, factors including poverty, mistrust of the medical system, and being treated differently by providers or staff on account of their race can impact their likelihood of talking to a provider about HIV and getting an HIV test.

Health care providers may harbor implicit biases and assumptions about black Americans that make them less willing to prescribe PrEP to black patients.

Even well-intentioned public health messaging that attempts to educate black Americans about the HIV epidemic in their communities can have negative impacts. When this messaging relies on fear and provides insufficient context—such as focusing only on black Americans’ risk for HIV, rather than appeals to protect relationships, health or community—people within and outside the black community can implicitly associate black Americans with HIV risk in stigmatizing ways.

In one of our recent studies, young gay and bisexual men were more likely to rate vignettes describing sex between men where one partner was black as riskier than vignettes where both partners were white, even though the behaviors described were the same.

Beliefs that black individuals’ behavior is solely responsible for high rates of HIV in their communities are unfounded. Although stereotyped as more sexually risky, black men are actually less likely to have sex without a condom than their white and Latino peers.

Relatedly, the “down low” myth unfairly and incorrectly blames black bisexual men for HIV among black women. These dangerous and racist assumptions simply serve to perpetuate HIV stigma and blame the community alone for this health inequity.

Federal support could accelerate needed changes with investments in addressing the underlying social and structural drivers of the HIV epidemic in black communities.

Some of the many solutions may include universal health insurance; increasing availability of affordable clinics in black neighborhoods and communities; and partnering with black communities to develop HIV prevention and treatment approaches that reflect their values, priorities and needs, which can increase community trust and promote cultural awareness among health care professionals.

It is a goal to see the end of the HIV epidemic in our lifetimes. But that will happen with actions, not just words.

The views expressed are those of the author(s) and are not necessarily those of Scientific American.

Kathryn Macapagal, PhD is a research assistant professor in the Department of Medical Social Sciences and the Institute for Sexual and Gender Minority Health and Wellbeingat Northwestern University. She is a Public Voices Fellow through The OpEd Project and a faculty member with the Third Coast Center for AIDS Research. Follow her on Twitter @_karmacap.

Darnell Motley, PhD, is the lead researcher for LGBTQ health at the Center for Interdisciplinary Inquiry and Innovation in Sexual and Reproductive Health at the University of Chicago. He is a faculty member with the Third Coast Center for AIDS Research. Follow him on Twitter @DMotleyPhD.