books The World Come of Age

This timely study, writes reviewer Davis, "recovers the theoretical integrity and conceptual complexity of a movement often reduced to the practical challenges it presented to establishment theologies." 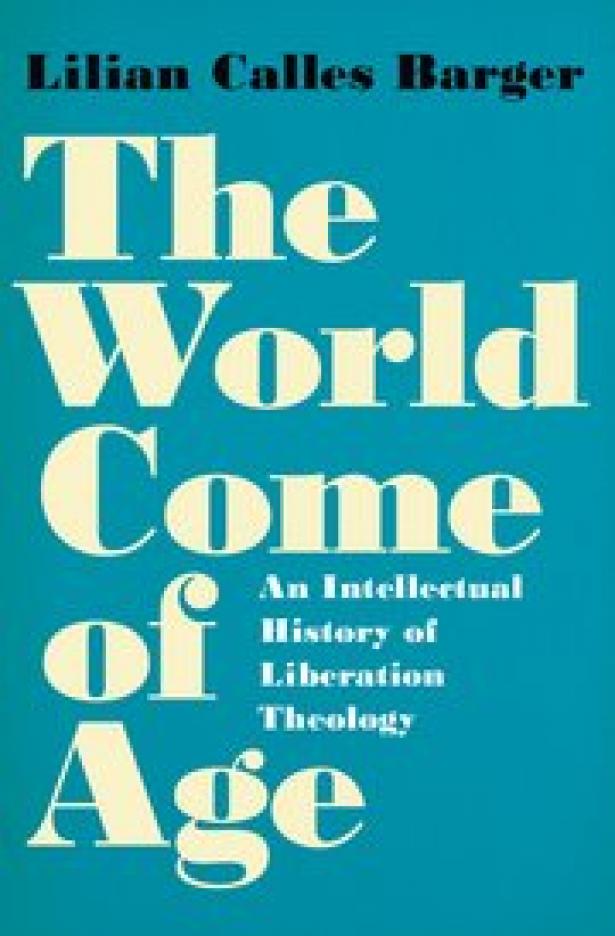 The World Come of Age: An Intellectual History of Liberation Theology

Cited frequently by early liberation theologians, Karl Marx’s eleventh thesis on Ludwig Feuerbach (concerning the need to not merely interpret the world but to change it) has often been mistakenly glossed to denote that, for liberation theology, matters of changing the world displace—rather than presume—matters of interpretation. Clarifying such misperceptions, Lilian Calles Barger’s The World Come of Age: An Intellectual History of Liberation Theology draws into view liberation theology’s watershed intellectual legacies. Tracing ideas that constellated and propelled liberation theology in the second half of the 20th century, The World Come of Age recovers the theoretical integrity and conceptual complexity of a movement often reduced to the practical challenges it presented to establishment theologies. Barger argues that, when considered as an intellectual project, seemingly disparate streams of liberation theology signal a collective intelligence intent on bringing divine claims to bear on the world as a resource for emancipating minoritized populations.

Barger’s argument unfolds in four parts: “Origins,” “Reconstructions,” “Elaborations,” and “Reverberations.” “Origins” contextualizes liberation theology within the longue durée of crises, contradictions, and revolutionary movements of colonial modernity in the Americas. “Reconstructions” details its transgressive disciplinary relationship with the social sciences and social theory. “Elaborations” maps certain continuities between liberation theology and precursor formations of social Christianity, and, perhaps more importantly, adds critical emphasis on liberation theology’s qualitative difference, its unprecedented eruption in conjunction with Third World anticolonialism. “Reverberations” traces persistent difficulties in liberation theology’s vision of solidarity. The book’s organization enables a synthetic and cogent analysis of a range of material. Moreover, the extensive sources are collected in an encyclopedic forty-six-page bibliography at the end of the volume.

Two additional features distinguish The World Come of Age in terms of scope. First, rather than tracking cross-generational developments, this study’s primary concern is with the first generation of liberation theologians in the 1960s and 1970s—especially James Cone, Gustavo Gutiérrez, and Rosemary Radford Ruether—and the antecedent and circulating ideas which inspired their work. On the one hand, this focus richly displays the thought of select thinkers in early liberation theology. On the other hand, it means that other emancipatory intellectual movements that closely followed this generation, such as womanist theology, receive less engagement. Second, in contrast to studies that survey group identities or global articulations of liberation theology, The World Come of Age geographically concentrates on its formation in the Americas. The hemispheric perspective has the effect of limiting consideration of liberation theology’s transoceanic networks beyond the Americas, including, for instance, James Cone’s connections to anti-apartheid struggles in South Africa or minjung theology in South Korea. Still, the hemispheric concentration allows Barger to spotlight three trans-American branches (correlative to the names listed above), that is, black, Latin American, and feminist liberation theology. These theologies of liberation together constitute a triad which undermined modernity’s “theo-political status quo” through analyses of racism, class oppression, and patriarchy (34).

Situated at a critical juncture of ideas and concerns, Barger clarifies how these streams of liberation theology broke with modern theology’scordon sanitaire, or the enforced secular dichotomies of private/public, religion/politics, and God/world. The open veins of oppressed peoples were the standpoint from which liberation theologians breached these dichotomies, creating “a new theo-political space” for liberation (260). These theologians called for a wholesale critique of secularism understood as the encasement of religion which preserved the given social order. Following Ruether, Barger argues that liberation entailed an alternative, “more thorough secularity” (171). This is to say: liberation theologians recognized secularism as a contingent form of governance structurally in-step with modern theology, and, in response, forged an opposition which collapsed its ordering dualism and rendered the political into a freighted site of theological contestation. Quoting Rubem Alves—one of the many early voices this study revitalizes—Barger characterizes the aims of this eruption according to liberation theology’s utopian longing to initiate “a future that does not yet exist” (75).

While The World Come of Age recounts difficulties that liberation theologians experienced in translating visionary ideas into material solidarities, the book convincingly dissents from pessimistic conclusions about liberation theology’s historical significance. Although internal disagreements and external antagonisms—like consolidating neoliberal regimes and conservative evangelical and Catholic coalitions—posed formidable challenges to liberation theology, they did not spell its failure, nor occasion its obituary. Suggestive of a dialectical appraisal, Barger opposes pessimistic assessments by identifying liberation theology’s revival in recent decades in social movements such as Black Lives Matter in the US and others across the Americas.

The World Come of Age provides still another compelling objection to talk of the demise of liberation theology: such judgments do not account for the qualitative fissures it wrought in intellectual history. As the title’s allusion to Dietrich Bonhoeffer’s phrase conveys, liberation theology involved Copernican recalibrations. It ushered in a new theo-political world that marked the end of a secular age defined by the privatized religious subject. Liberation theology must be measured, accordingly, not merely by the historical success or failure to realize its immediate utopian aspirations. Barger illustrates that in order to appreciate liberation theology’s significance, we cannot overlook its epoch-shifting theoretical implications for how religion is related to political life, which follow from its revolutionary conception of divine involvement in the world.

Tyler Davis is a doctoral candidate in Theology and Ethics at Baylor University.