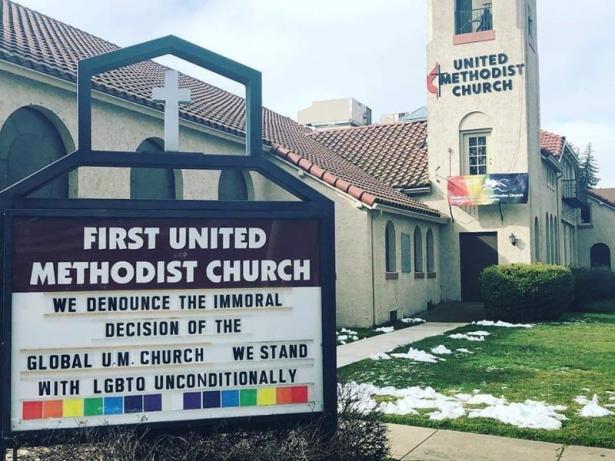 Methodist Churches Across U.S. are Publicly Rebelling Against Their Leadership

Churches across the United State are publicly displaying their outrage over the General Conference of the United Methodist Church vote last week to reaffirm their teaching that homosexuality is “incompatible” with Christianity and to punish individual churches that perform marriages for same-sex couples and allow LGBTQ clergy.

Shoddy media reporting, along with elite fears of what the American public really wants, have driven this disgrace.

Jewish American leftists have emerged as a key source of support for Omar, writing a flurry of op-eds, petitions, and social media posts with the hashtag #IStandWithIlhan.

Alexandria Ocasio-Cortez Is Coming for Your Hamburgers!

Ocasio-Cortez upset a veteran of her own party in a primary race, and came to office as an unabashed idealist. The mocking attacks have been a constant on the right ever since.

The facile advice to focus solely on class ignores complex links among American notions of race, gender, and economics.

What Dollar Stores Tell Us About Electoral Politics

The United States, we are told, is comprised of conservative rural areas, liberal urban areas, and hotly contested suburbs. It’s the variation among them we most need to see to understand political change.

The question: Does socialism’s growing popularity reflect liberalism’s failures — or merely leftists’ inveterate inability to recognize progress when they see it?