The 2020 Democratic campaign is already shaping up to be a battle of big ideas. But when it comes to reforming our criminal legal system, the conversation hasn’t been as visionary — in fact, it’s been almost exclusively backward looking. 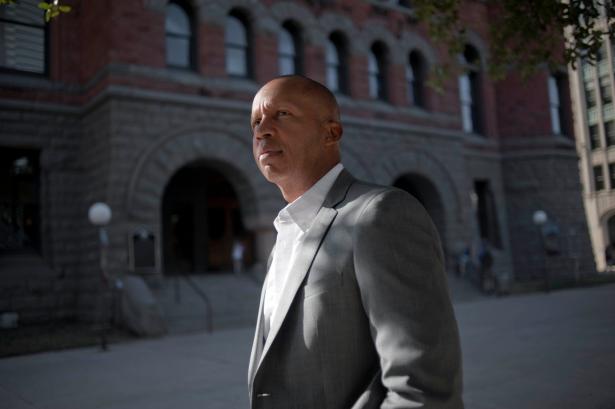 The 2020 Democratic campaign is already shaping up to be a battle of big ideas. From the Green New Deal to Medicare for All to a wealth tax, the candidates and the country are discussing bold responses to some of the greatest challenges of our times.

But when it comes to reforming our criminal legal system, the conversation hasn’t been as visionary — in fact, it’s been almost exclusively backward looking. Senators Kamala Harris and Amy Klobuchar are fending off criticism for actions they took as prosecutors. Should former Vice President Joe Biden enter the race, he can count on having to explain his role in championing regressive crime legislation in the 1980s and ’90s.

But we should do more than look back. In a country that locks up more of its citizens than any other, we should demand that candidates for president have a plan for how they will confront mass incarceration and repair the harms it has caused. While most of the action in our criminal system takes place at the state and local level — almost 90 percent of prisoners are incarcerated in state, county, or local prisons or jails — the federal government still has an important role to play.

As Rachel Barkow, a law professor at N.Y.U., argues in her important new book, “Prisoners of Politics: Breaking the Cycle of Mass Incarceration,” judicial appointments are one of the most powerful ways that a president can influence criminal justice policy. Federal judges make rules that govern nearly every aspect of our system, from police at the beginning of the criminal process to sentencing and prison at the end.

Over the past 50 years, those rules have facilitated mass incarceration. Judges have held that the Fourth Amendment doesn’t prohibit police from racially profiling drivers during traffic stops, that the Sixth Amendment permits trials with underfunded defense lawyers who present little evidence or argument, and that the Eighth Amendment is no bar to outrageous sentences like life without parole for drug possession.

A judge’s career background doesn’t always predict her rulings — Justice Sonia Sotomayor, a former prosecutor, often stands up for the accused. But she is the exception. Federal judicial opinions typically read as if their authors have given little thought to how an excessively punitive criminal justice system can ruin lives, decimate families and lay waste to entire communities.

To upend this dynamic, Democratic presidential candidates must commit themselves to appointing federal judges who will work to challenge mass incarceration. This will mean going beyond anything President Barack Obama attempted. When Mr. Obama wrote a 55-page law review article on what a president could do to push criminal justice reform, he made no mention of judicial appointments. Worse, his appointments displayed almost the same pro-prosecution bias as his predecessors’: About 40 percent of his judicial nominees had worked as prosecutors, while some 15 percent had been public defenders.

Democratic candidates should promise to eliminate this bias by reshaping the federal bench so that it has as many former public defenders as it does former prosecutors. The Supreme Court is a good place to start. Remember when Donald Trump courted the conservative right by announcing the names of possible nominee several months before the 2016 election? Any Democratic candidate who wants to win the votes of a Democratic electorate increasingly focused on criminal justice reform should make a similar announcement — and populate the list with lawyers who have seen the criminal system from the standpoint of the accused.

There is no shortage of quality names. High on my list would be Bryan Stevenson, a career death penalty opponent, consummate Supreme Court litigator and founder of the Equal Justice Initiative in Alabama. Or Michelle Alexander, former law clerk for Justice Harry Blackmun, civil rights lawyer and author of the canonical “The New Jim Crow.” (Ms. Alexander is also an opinion columnist for The New York Times.) Or Sherrilyn Ifill, a voting rights expert and head of the NAACP Legal Defense Fund, the civil rights firm founded by Thurgood Marshall in 1940.

These aren’t the names that typically appear on Democratic short lists. They aren’t sitting judges, and unlike many who now serve on the federal bench, they’ve taken unpopular stands, sometimes at great risk. As a result, my list might sound unconventional, even outlandish, to those accustomed to the traditional approach to judicial selection. But it shouldn’t. With impeccable credentials, unassailable legal acumen and a fierce determination to take down mass incarceration, these are the future nominees whose names should start rolling off the tongues of Democratic candidates who want to be taken seriously as criminal justice reformers.

[James Forman Jr. (@jformanjr), a professor at Yale Law School, is the author of “Locking Up Our Own: Crime and Punishment in Black America.”]