Sen. Bernie Sanders' 2020 campaign announced Friday it will be the first major presidential campaign to have a unionized workforce 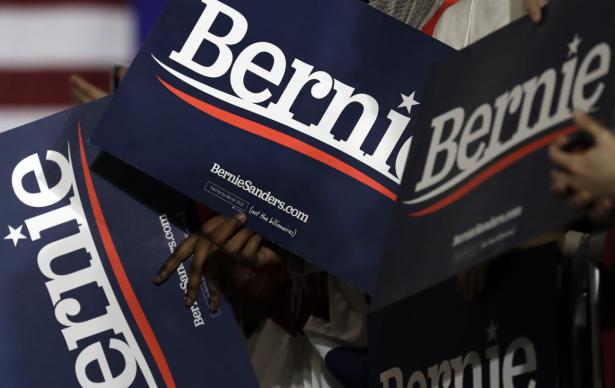 Sen. Bernie Sanders' 2020 campaign announced Friday it will be the first major presidential campaign to have a unionized workforce, as party activists push Democratic candidates to mirror their progressive platforms within their own campaigns.

Over the past week, a majority of the staff's bargaining unit employees designated United Food and Commercial Workers Local 400 to represent them. The campaign stayed neutral during organizing efforts and voluntarily recognized the union once a majority of staffers signed union cards, according to both the campaign and the union.

UFCW Local 400 President Mark P. Federici said in a statement he expects the decision will mean pay parity and transparency for Sanders' campaign along with no gender bias or harassment and "equal treatment for every worker, whether they’re in Washington, D.C., Iowa, New Hampshire or anywhere else."

Federici added that the union will represent all employees below the rank of deputy director and negotiations for a collective bargaining agreement will "begin as soon as possible."

Outside of Sanders, former Housing and Urban Development Secretary Julián Castro has pledged to pay all campaign workers at least $15 an hour and support his staff if they decided to organize.

The 2018 midterms saw over 20 Democratic campaigns and multiple state parties unionize under the Campaign Workers Guild and other established unions like UFCW as staffers pushed for better pay and working conditions, a move that came during a broader activist push on the party and its elected officials to live up to the minimum wage and union policies they support when it comes to their own staff.

In a statement, the Campaign Workers Guild said: "While the Campaign Workers Guild has concerns and questions about the unionization process engaged in by Bernie 2020 management, their recent announcement shows that we have succeeded in changing the status quo. On even the largest campaigns, campaign workers at all workplaces will have unions and will band together for their collective empowerment."

Missing out on the latest scoops? Sign up for POLITICO Playbook and get the latest news, every morning — in your inbox.