'The Infiltrators' is a smart hybrid, that features the true stories of three undocumented Americans who went undercover at a detention facility. 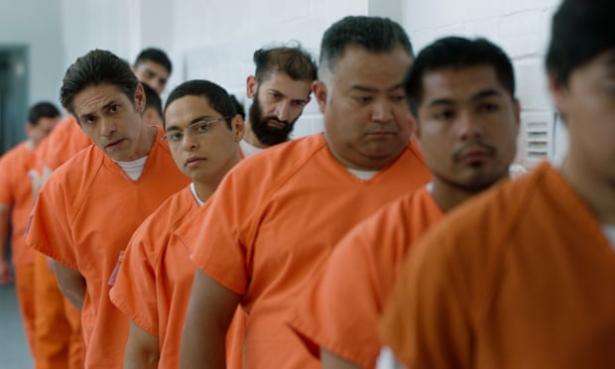 The first stanza of The Star-Spangled Banner, the United States of America’s national anthem, memorably ends with the phrase “the home of the brave”. I’ve seen no braver Americans depicted on screen than Marco Saavedra, Viridiana Martinez and Mohammad Abdollahi, young, undocumented “illegals” raised in the US who risked deportation to infiltrate an immigration detention facility with the hope of helping keep families together.

The National Immigrant Youth Alliance group, run off cellphones and laptops in a Florida safe house, had its eyes on the Broward Transitional Center, a privately run limbo holding 600 men and 100 women who haven’t been formally charged with anything other than not having papers. Eventually, they will be deported. They would probably be let back to live their productive lives in this very rich and wasteful nation if someone just took the time to advocate for them.

Marco was first to “sneak” in, basically knocking on the door of the in-all-but-name prison and playing dumb, looking for “his cousin”. He is cuffed and fingerprinted, then left, like everyone else, to linger. He makes contact with Claudio Rojas (whose son was in contact with the NIYA) and together they start distributing the group’s hotline, mobilizing email campaigns and basically causing enough of a ruckus to get individuals who cause zero public risk released.

Soon thereafter Viridiana gets into the women’s section. All communication runs through Mohammed, whose parents brought him to America from Iran at age three. As an out gay man he underplays his risk in a television interview: “It would not be good for me to go to Iran.”

Directors Alex Rivera and Cristina Ibarra tell this story with an interesting mix of traditional film-making and by-the-minute documentary. More so than recent hybrids like The Invisibles or Who Will Write Our History?, the narrative haze of The Infiltrators is a far more fascinating film experiment. There are actors playing the real people, then scenes with them that seem like re-enactments in addition to fly-on-the-wall footage. The varied ingredients blend together well. There are also some clever twists on prison tropes, like a stolen razor you think will be used as a weapon, but is actually used more productively, to distribute phone numbers.

Moreover, this is effective propaganda. The heart of this film are the stories of individuals. A woman from Congo who was beaten by her husband and went to the cops thinking it was the right thing to do. She has been locked up for three years. Another woman left Venezuela under political pressure and is terrified of returning. (At night she cries, thinking about her dog.) There’s a man with four children in Florida and a wife that is a US citizen. In Honduras there are gangs that killed two of his brothers.

The Infiltrators is meant to make you angry and it does. I reflected upon my grandparents, immigrants fleeing nazism and antisemitism and could hear their voices saying “this isn’t right”. To that end, the film-makers have succeeded. And I felt guilty not being more like their ally “Radam” (Radical Adam) who uses his white privilege to slip paperwork into the facility to help the infiltrators.

But that’s what’s so frustrating! He isn’t smuggling weapons or drugs. He’s smuggling boring, legal documents that need to be signed so government officials can even know these people are being held and wish to be considered for asylum. This system is so screwed up that the big heist sequence is about something totally on the up-and-up.

The Infiltrators’ punchline, if you want to call it that, is that this action took place in 2012. The film concludes in the era of Trump, in which everything about the manufactured problem of “immigrant caravans” has only gotten more hysterical. If there’s any silver lining, at least more people are aware of the problem thanks to the subjects of this film.

'The Infiltrators' premiered in the NEXT section at the 2019 Sundance Film Festival. It is currently seeking distribution.

Jordan Hoffman is a writer and critic based in New York City. Twitter @jhoffman