Progressives often applaud the idea of “speaking truth to power.” But this concept is hazardous. If taken literally and deployed as a single-minded strategy, it can divert attention from the crucial need to take power away from those who abuse it. 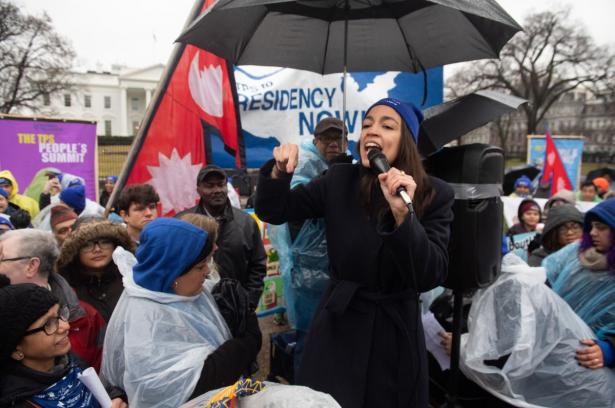 Progressives often applaud the idea of “speaking truth to power.” But this concept is hazardous. If taken literally and deployed as a single-minded strategy, it can divert attention from the crucial need to take power away from those who abuse it. Political movements don’t get very far if they depend on appealing to the moral scruples of the powerful.

While noting that “power without love is reckless and abusive,” Dr. Martin Luther King Jr. pointed out that “love without power is sentimental and anemic.” All too often, progressive activists don’t realize their own potential power when they rely on ethical arguments to persuade authorities. Appealing to the hearts of people who run a heartless system is rarely effective.

Humane principles are low priorities in the profit-driven scheme of things, as the devastating impacts of economic inequality and militarism attest. By and large, rapacious power already knows what it’s doing — from Wall Street and the boardrooms of mega-corporations to the Pentagon and the top echelons of the “national security” state.

Speaking truth to power is fine, but it’s far more important — and potentially transformational — to focus on public education efforts, agitation and organizing that speaks truth about power while challenging it. Only by mobilizing to take power can we realistically hope to overcome and dismantle the dominant power structures.

In 1967, when Dr. King was describing “love without power” as “sentimental and anemic,” the most meaningful efforts to express love for Vietnamese people involved striving to stop the U.S. government from killing them. Speaking truth to powerful elites could be helpful, but for Americans the moral imperative was to speak truth to each other in a process of trying to end the war.

In 2019, the U.S. war system is bombing many countries while predatory economic policies are ravaging uncounted lives across the United States and much of the globe. Urging humanistic change without developing credible threats to take power is too much like supplication.

Many progressive activists have been recognizing the limits of reliance on lobbying or traditional street protests. Those activities are always necessary, and their importance should not be underestimated. Still, they’re insufficient without credible threats of primary challenges to oust elected officials. Enhanced ongoing leverage is one of the many benefits as the left builds electoral muscle.

Inspiring daily leadership is now coming from such new members of Congress as Rashida Tlaib, Ilhan Omar, Alexandria Ocasio-Cortez and Ayanna Pressley. Even more important is the fact that the activists who got them elected have shown what can be done when movements get serious and methodical about gaining power.

Humane principles are low priorities in the profit-driven scheme of things.

At federal and state levels, where ballots routinely include partisan labels, such victories have occurred within Democratic primaries. Instead of being disempowered by the labels, progressives have been learning how to win elections in spite of corporations’ odious sway over the Democratic Party.

The empowered grassroots organizing that made possible the elections of Tlaib, Omar, Ocasio-Cortez and Pressley last year has inspired many thousands of activists fighting for economic justice, human rights and a sustainable planet. Those four women — and other recent progressive arrivals in Congress, such as Pramila Jayapal and Ro Khanna — are forming the nucleus of a House power bloc in synergy with like-minded forces around the country.

Four-term Rep. Mark Pocan, who co-chairs the Congressional Progressive Caucus with Jayapal, aptly put it this way: “People in D.C. think we’re the center of the universe, but we’re not — the people who elect us are the center of the universe. It’s when you have that kind of activism in the districts, you’re really going to be impactful.” The way to maximize impact is to step up progressive capacities across the United States, inside and outside of electoral arenas.

While harmful power is contemptuous of democracy, legitimate power requires it.

Winning elective power can and must be part of social movements that are engaged in wresting power away from dominant authorities in an array of walks of life — while nurturing alternative institutions. Progressive power of enduring value grows from deep roots in communities, with huge potential to weaken the undemocratic power of the current oligarchy.

It’s understandable that many on the left have been uneasy about power and uncomfortable with really trying to gain it. After all, prevalent power is so often oppressive and illegitimate. And efforts to galvanize progressive power have too often devolved into toxic opportunism and co-option. But chronic misuses of power don’t negate the practical possibilities of power created in solidarity, with the goal of advancing humane values.

“Power is always dangerous,” Edward Abbey asserted. “Power attracts the worst and corrupts the best.” Yet democratic consolidations of power offer the opportunity to throw a monkey wrench into self-marginalizing orthodoxies that dismiss all power as inherently pernicious. While harmful power is contemptuous of democracy, legitimate power requires it.

Exercised from the bottom up, power has the potential to make democracy real.

Imperative transformations go way beyond who’s in elective office. Routinely, economic power boils down to political power; the structures of corporate domination and undemocratic governance are enmeshed in the same overall system. Out of necessity, a wide range of progressive movements now challenge how institutions are structured to perpetuate elite power and mass disempowerment.

“Power, properly understood, is the ability to achieve purpose,” Dr. King wrote. “It is the strength required to bring about social, political or economic changes. In this sense power is not only desirable but necessary in order to implement the demands of love and justice.”

Attitudes, assumptions and understanding largely determine the potential for desperately needed changes in governance — from city halls and state legislatures to Congress and the White House. What’s at stake is far more than who wins elections; actual democracy requires gaining accountability from the winners when they’re in office.

“Speaking truth to power” doesn’t do much unless people can consolidate power to serve the interests of the many instead of the privileged few. Exercised from the bottom up, power has the potential to make democracy real.

Right now, ending GOP rule is necessary — and also insufficient. Being “better than Republicans” is a low bar that most Democratic candidates clear with ease. But quests for social justice, human rights, environmental protection, civil liberties and peace will require high standards that only grassroots power can achieve.

[Norman Solomon is co-founder and national coordinator of RootsAction. He was a Bernie Sanders delegate from California to the 2016 Democratic National Convention and is currently a coordinator of the relaunched Bernie Delegates Network. Solomon is the author of a dozen books, including War Made Easy: How Presidents and Pundits Keep Spinning Us to Death. He founded the Institute for Public Accuracy, where he is executive director.]

Psssttt! While you’re here we really need your help.

Since Donald Trump took office, progressive journalism has been under constant attack and Facebook and Google are now intentionally limiting your access to sites like Truthout. As our traffic declined so have our donations. This is exactly what Trump wants.

Here’s how you can help: Since we don’t run ads or take corporate or government money, we need more support from our visitors.

By making a regular donation of any amount (whether you can give $1 or $10,000), you’ll help us fight back by increasing our distribution of journalism that makes a real difference.

Will you help us stand up to Trump today?