On March 4, the Trump administration took another unprecedented foreign-policy step and activated Helms-Burton Title III. The activation of Title III represents a major step backward in the normalization of relations between the U.S. and Cuba.

March 21, 2019 Claire O’Hanlon and JennyLee Molina Miami Herald
Printer friendly
We Understand Our Parents’ Pain, but the Cuba Embargo Continues to Hurt Our ‘Hermanos’ on the Island Published March 21, 2019 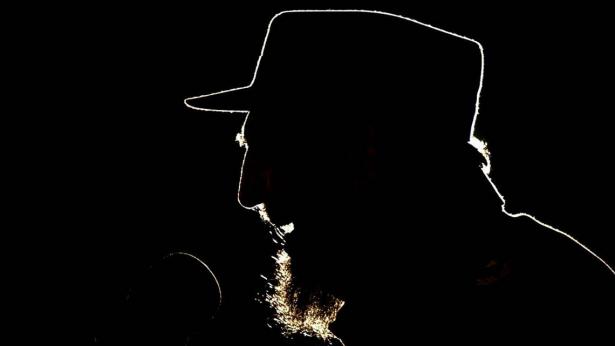 On March 4, the Trump administration took another unprecedented foreign-policy step and activated Helms-Burton Title III. This policy, which takes effect for 30 days starting on March 19, will allow Cuban-Americans to bring lawsuits in U.S. courts against Cuban entities benefiting from property expropriated by the Cuban government in the aftermath of the revolution.

The activation of Title III represents a major step backward in the normalization of relations between the U.S. and Cuba.

The Trump administration now is considering full implementation of Title III, which would allow these lawsuits to be filed by U.S. and foreign-based companies benefiting from such property as well. Title III, which no U.S. president has ever put into action, is part of the 1996 Cuban Liberty and Democratic Solidarity Act, also known as Helms-Burton for its sponsors. It is incorporated into the 60-year embargo on Cuba.

We are Cuban-American women. We are the daughters and granddaughters of Cuban exiles that Fidel Castro called gusanos — “worms.” We believe that our political and economic isolation of Cuba strengthens the Cuban government, rather than incentivizing democratization. It drives them to ally with our adversaries, while exacerbating the incredible difficulty Cuban people face finding and obtaining the most basic necessities.

Title III will have a chilling effect on foreign investment in Cuba. Foreign investment is critical for preserving the history and amenities that entice foreign tourists and make the island more liveable for Cubans who remain. Yes, investment puts money in the hands of the regime. We hate that, too. But it also puts money in the pockets of ordinary Cubans, gives them more contact with the outside world, creates more opportunities for private businesses to take hold and gives them hope that a better future is possible.

For us to state publicly that we are against the embargo and against the activation of Title III is viewed as a betrayal by our families. We might as well be wearing Che Guevara T-shirts while shouting “¡Viva la Revolución!” To our families, traveling to Cuba means we must be communists. Trying to see Cuba as it is now is failing to remember what it once was. Making any move forward is forgiving the regime for jailing our tíos, for assassinating our primos, for expropriating the property of our abuelos, for screwing up the economy so much that our padres were starving and for all of the crimes that, by extension, were done to us.

We do not deny that our parents and grandparents’ trauma is real. Their anger, pain and sadness are valid. We feel anger, pain, and sadness, too. We empathize with efforts to fight for what our families lost or, rather, what was stolen from them. But we will not engage in this counterproductive mindset of eternal punishment.

U.S. policy toward Cuba is dictated by hardliners in Florida like Sen. Marco Rubio. But the hardliners choose to forget that the people who remained in Cuba also suffered, also had their property and businesses expropriated. Their family members were jailed, killed and traumatized. Cuban Americans do not have a monopoly on suffering at the hands of the regime.

We are grateful that the United States, for many years, welcomed Cubans with open arms and allowed our families to live in the light, unlike many other immigrant communities that must live in the shadows. But as Cuban Americans, our suffering at the hands of the Cuban government is in the past tense.

We choose to bury the suffering of our families with our ancestors. We are not forgiving. We are not forgetting. We will always remember that the suffering is there, under the ground. We may even visit it once in a while. But we refuse to carry it around with us and harden our hearts toward the Cuban people. We choose to look forward to the future instead of living in the past.

The tangled web of laws like Title III that constitute the embargo ultimately hurt the Cuban people. They suffer at our hands, at the policies we created to punish the Cuban government, at whose hands they also suffer. All the while, the Cuban government has a perfect scapegoat, the embargo, to blame for the problems they have created.

As Cuban Americans, we are free to call out Rubio by name and engage in a political debate without fear that we will be kicked out of school, lose our jobs or rot in prison. The same cannot be said for our hermanos in Cuba. Our families sacrificed everything so we could have what is truly important here in America. But we cannot let Rubio and his allies dictate U.S.-Cuba policy just to avenge familial grudges — even our own.

Believe us. Everyone has suffered enough.

[In addition to Claire O’Hanlon, of Los Angeles, and JennyLee Molina, of Miami, this piece was co-authored by Natalie Martinez Varela, of Washington D.C.; Alise Morales, of New York; Alexandra Triana, Washington D.C.; and Elizabeth Estrada, of Philadelphia. In January, they traveled to Cuba with the CubaOne Foundation.]