Charting worldwide disaffection with liberal democracy, the book is a deep dive into Trumpism, Macronism, Brexit and question marks over the European Union, as well as mass movements weary of voting corrupt politicos in and out of office. 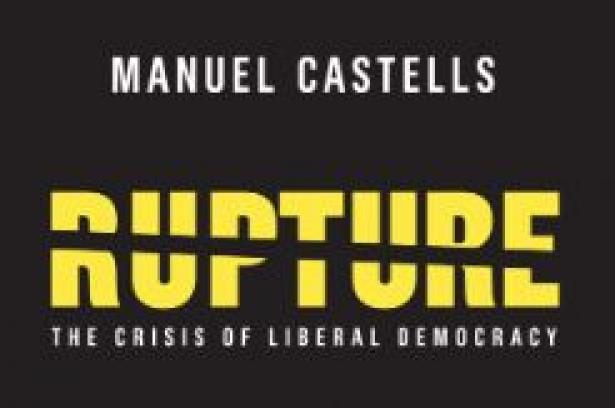 of the dial-up modem still had a rather futuristic sound when Manuel Castells began publishing The Information Age: Economy, Society and Culture in 1996. By the time its third and final volume appeared in 1998, the golden age of digital hype was in full swing -- some of which inevitably rubbed off on the trilogy itself. The author was hailed as a worthy successor to Karl Marx or Max Weber, and he enjoyed a considerable advantage over them in being not just alive but just about as up-to-date as CNN.

Coming in at around 1,500 pages, Castells’s magnum opus offered an encyclopedic synthesis of a gamut of fin-de-siècle topics: globalization, computer networks, the collapse of the USSR, the rise of transnational criminal enterprises, changes in gender roles and family structures, and the appearance of new religious and political movements (jihadism, the American militia groups, Aum Shinrikyo and the Zapatistas), to make the list no longer than that.

Castells had started out in the early 1970s with polemics on behalf of a new wave of urban sociology, under a French structuralist banner. Moving to Berkeley to take up a professorship at the University of California at the end of that decade put him in a fortuitous position to study the social and cultural forces taking shape in Silicon Valley. The Information Age had 15 years of research behind it, and it offered a number of insights into how information technologies would remold the contours of ordinary experience. Castells distinguished between the “space of places” (familiar to geographers, architects, urban planners and travelers in their respective capacities) and the terrain of life online -- the emergent “space without place” created by digital communication networks, in which human activity and interaction occur in a proximity that bears no necessary relationship to where anybody is on the face of the planet.

Calling this domain “cyberspace” tends to obscure how exchanges of information, money and commodities move back and forth between digital and three-dimensional space. Castells’s notion of a resulting “space of flows” probably seemed like one abstraction too many when he introduced it. But some 20 years after the trilogy was finished, “space of flows” seems like a pretty apt label for the totality of apps, warehouses, delivery systems and customer-service phone centers known as Amazon.

Finished in May 2018, Castells’s latest book, Rupture: The Crisis of Liberal Democracy (Polity), is also a kind of long footnote to his earlier work. Keep in mind that the trilogy was in print well before anyone had come up with the expression “Web 2.0” -- referring, that is, to the high-speed, highly interactive, multimedia incarnation of the internet that people stare at constantly now while moving through whatever “space with places” they happen to be ignoring at the time. While making no claims as a prophet, Castells delineated enough long-term tendencies to invite curiosity about his take on current affairs.

In this case, he has in view a number of distinct but broadly similar developments in (mainly) European and American politics over the past half dozen years or so: Trumpism, Macronism, Brexit and other question marks over the European Union, along with the catalytic effect of mass movements in Spain on an electorate weary of voting the same corrupt politicos in and out of office. The author notes comparable trends in Brazil, Mexico, Venezuela and South Korea, though one has the vague sense of a publisher at his elbow, imploring him to keep it to one volume this time.

In the mid-1990s, Castells identified two contradictory general tendencies operating within the world and rebounding on the technological developments he analyzed. One he called the Net, which was probably the best possible choice of terms given that it immediately brings to mind the internet as such. Castells meant instead to refer to the whole array of financial, technological and information networks operating within and between nation-states. “Any relevant activity anywhere in the world,” he writes in the new book, “gravitates towards these networks,” and people holding “power, wealth, culture and communicative capacity … follow this logic of networks and interconnect with one another.”

One could describe the same range of concentrations and connections among people by referring to social and educational capital. But to each social scientist his or her preferred jargon. For Castells, “the Net” had the benefit of applying equally well to technological systems and to the social layers organizing and using them -- and, of course, benefiting from the expertise required to do so. By contrast, “the vast majority of humans … lack the institutional capacity for agency over the programmes that govern these networks.” Those outside the Net are part of “specific cultural systems built around a common experience: where they live, their languages, their own unique cultures and histories, ethnic groups, nations or religions.” An irony that has only grown starker over time is that someone can have use of the internet while having no real access to the Net (i.e., the skills, credentials and so forth required to assume a place within one of the power-exercising nodes of a network).

Enter here, then, the nation-state: legacy of an era of slow mail and no telegraphs, it is defined by the tension between “acting as a node within the global networks, where the fate of its people are decided, and in representing its citizens who refuse to give up on their historical, geographical and cultural roots, or to lose control over their work.” The optimal situation he envisions is a liberal democracy with well-established and reasonably effective political institutions headed up by a credible system of electoral representation -- assuming, of course that the global networks are not threatened by financial collapse or stumbling toward war. Next week's column will take up Castells's assessment of what has happened to the self-correcting mechanisms since 2008, and also discuss a recent study he cites that has just arrived in English translation.

[Essayist Scott McLemee is the Intellectual Affairs columnist for Inside Higher Ed.  His reviews, essays, and interviews have appeared in The New York Times, The Washington Post, The Boston Globe, The Nation, Newsday, Bookforum, The Common Review, and numerous other publications. His voluminous writing for Inside Higher Ed is available HERE.]