The world’s real estate is worth an estimated $217 trillion, making up more than 60 percent of global assets. Even though three-quarters of that amount is tied up in housing, it hasn’t translated to secure shelter or prosperity for many... 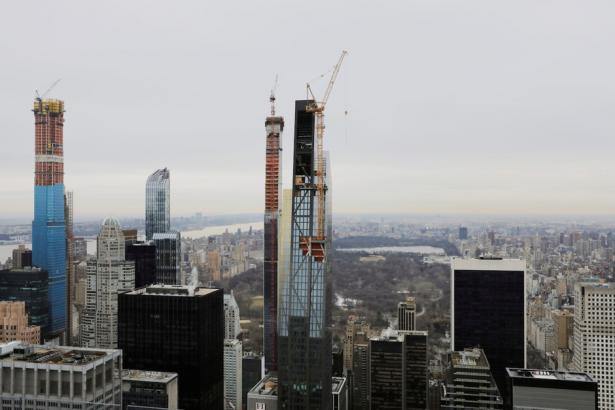 U.S. homeownership levels hit a 50-year low in 2016, and that same year, 37 percent of all home sales in America were made to absentee investors.

With Wall Street-backed Invitation Homes (owned by the Blackstone Group) now serving as the nation’s largest landlord of single-family homes—snapping up many of the same properties that were foreclosed on a decade ago—it’s hard to recognize the promise of home ownership as a tenet of the American Dream. Not that renting is much easier: Average move-in rents in the U.S. have more than doubled over the past two decades.

These challenges raise an obvious question: What can be done? Although many urban planners want to solve the housing crisis, redevelopment projects that garner millions or billions of dollars of public subsidies force them into compromises, argues Samuel Stein in his new book Capital City: Gentrification and the Real Estate State (Verso, $17.95). 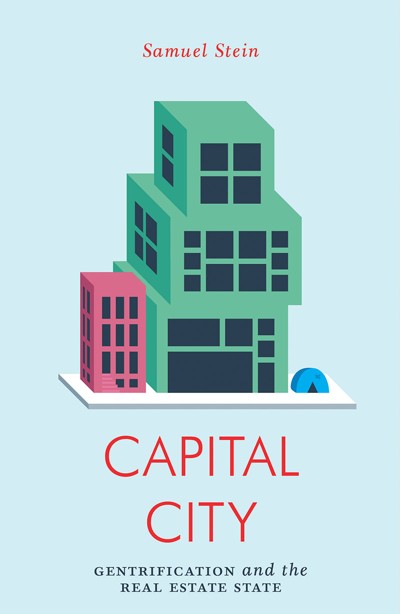 Stein argues that the combined forces of development, finance, and a global elite parking its wealth in luxury housing swamp planners’ best intentions. With most industrial activity now pushed outside of city limits and public services dependent on property taxes, real estate, he contends, has come to dominate urban planning; the technology and finance sectors are beholden to it and offer no political counterweight.

The state is “a central actor” in gentrification, Stein writes. Planners lure developers and landlords with land-use and tax incentives on the one hand, while enticing new residents and shoppers with amenities on the other—all of which push prices up. “A planner’s mission is to imagine a better world, but their day-to-day work involves producing a more profitable one,” he writes. One chapter of the book tracks the real-estate dealings of three generations of the Trump family, boosted at intervals by public policies and incentives seized on for personal profit.

For Stein—a doctoral candidate in geography at the City University of New York, an instructor at Hunter College, and a trained planner—the question of planning is front and center to understanding our current economic order as experienced in city life. CityLab asked him about the rise of real estate, radical planners, and how would-be planners should approach the role. (This interview has been edited and condensed for clarity.)

How do you think the rise of real estate and the fall of industrialism, which needed low land costs and affordable housing for workers, are changing the relationship between planners and the population?

It’s definitely getting harder for planners to be responsive. In the growing concentration of money in real estate, planners are becoming less responsive to everyday people, and they don’t have a separate group of capitalists, industrial capitalists, barking at them for an entirely different set of demands.

I think we often want to be able to tell planners why what they’re doing is bad, and then have them do something else, but that’s not how the system is set up. Planners are following the commands largely of commissioners and mayor-appointed heads of planning departments, and mayors in most big cities are getting lots of money from real estate, even those who take on the mantle of fighting gentrification, as in New York City. It’s really hard for planners to simply see that something is wrong and fix it. I don’t want to let them off the hook for the consequences of their actions, but I also don’t want people to expect them to change simply because they should. It’s a very difficult task with the way things are structured right now.

Why do you emphasize the significance of planning in increasingly unequal urban areas?

In the U.S. context, planners are under-appreciated—not just as individuals, but the act of planning is underplayed. I think it’s important for anyone to figure out what’s going on in their city, and why their housing costs are so insane, and not to blame it all on planners, but to use them as a way in, as a way to understand the relationship between capital, the state, and the working class.

“In the growing concentration of money in real estate, planners are becoming less responsive to everyday people.”

I’m trained as a planner, so I understand who they are and what they do, and I do believe that it is an inordinately nice group of people. I sent the manuscript to a friend who’s an architect, and that claim resonated with her: She said, ‘That’s really true [that planners are nice people], and nobody would ever say that about architects.’ So it’s interesting that this group of well-meaning people can be in some ways responsible for such enormous and negative transformations in terms of the cost of living for working-class people.

You have a chapter dedicated to the real-estate career of the Trump family—not just the president, but also his father and grandfather. Why do you think their story helps explain the current dynamic of real estate and politics?

Now that he is the president, it’s all the scandals and daily outrages that we tend to obsess over. But I wanted to remind people that it’s not just the abstract real-estate capital that’s gaining in power. It’s manifested in the number-one position in our political hierarchy.

[The Trump] family allows us to see the flip side of urban-planning history—that it’s not just the planners and what they do to cities, it’s also about who’s pushing them to do those things. The Trumps were a way of personifying that, but the point is not that they were exceptional; the point is that they were ordinary [in how they took advantage of public policies and subsidies for personal gain, and because they were never at the pinnacle of New York real estate]. What’s exceptional is that one of them is now president.

There’s been a history of insurgent planners for a long time, with a few different models rising up in the ’60s and ’70s. There was Planners for Equal Opportunity (PEO), which was trying to link urban planners with the movement against urban renewal. There was the Planner’s Underground, which was a bit more militant movement of planners who were sneaking out information about what their cities were doing to activists and writing anonymous testimonies and letters to the editor.

The Architects’ Renewal Committee of Harlem is an interesting history, where planners were actively building up the capacity for working-class folks in Harlem to imagine what self-determination would look like in spatial terms. And then you get the Planners Network, rising out of [PEO], as an organization of left urban planners that could stand in opposition to the American Planning Association. That one is still around, and I think it’s an important resource for planners who want to think outside of the constraints of neoliberalism and their particular job.

I think there is still a role for this kind of activist urban planner, not just outside the system, but in it. People have to organize, and not just do it personally, in their free time, but do it collectively, in part so you can get out of the groupthink that’s imposed on planners. When you work inside of the system, you tend to be told that certain things are impossible that are actually just undesirable for people in power. I think it’s important for planners who think differently to get together outside of work and think and strategize about the ways they can be resources to the movements that are challenging their bosses.

What would you tell people interested in the field of urban planning as they consider that work?

I would encourage them to always think critically and not get discouraged. I think there’s a strong pragmatic strain in planning, which can be valuable, if it’s about translating radical ideas into an actionable program. But it can also be a dampener on radicalism and visionary thinking, and even utopianism, which is useful too in knowing where we’d want to be if we could.

I encourage people to hold onto those impulses, and to find others who think the way they do, or who challenge their own thinking. In isolation, the system swallows us, but collectively we can imagine a better way to do urban planning and connect to the social movements that are challenging them. The trick there is not to impose the strictures that are imposed onto us as professional planners, but instead to be a resource to those movements in aiding them in their success.

[Tanner Howard is a freelance journalist and master's student in urban policy and planning at the University of Illinois–Chicago. They write about housing issues, queer culture, and Chicago history, with clips in the Guardian, Columbia Journalism Review, and more.]