Assange's arrest, The INA Papers Scandal and the IMF deal 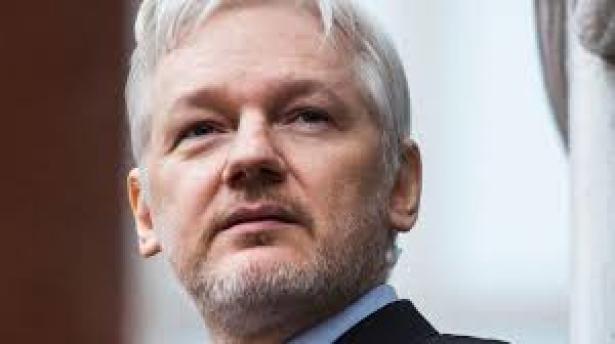 The scenes of six Metropolitan police officers dragging Julian Assange out of the Ecuadorian embassy in London as he was clutching a copy of “History of the National Security State” by Gore Vidal have sent shockwaves of horror and an avalanche of condemnation from all around the world.

Although Lenin Moreno has been working towards expelling Assange from the embassy since at least December 2018, a chain of events in the last several months shows a clear pattern of increasing political instability, revelations of a mass corruption of Moreno’s family, a further turn towards neoliberal economic reforms with the implementation of the IMF deal and the gradual and total embrace and support for the US foreign policy in the region.

WikiLeaks’s decision to re-publish the details of Moreno’s use of off-shore bank accounts in Panama, infamously titled INA Papers after the name of the shell corporation at the centre of the scandal (INA Investment Corporation) allegedly served as the main cause for his decision to expel the Australian journalist from the embassy. The Ecuadorian Communications Minister Andrés Michelena event went as far as claiming that the INA Papers were a conspiracy plot between Julian Assange,  the former president Rafael Correa and the current Venezuelan President Nicolás Maduro.

The INA Papers scandal has cast a long shadow on Moreno’s regime and its rhetoric of allegedly fighting against institutional corruption. Most notably, the scandal reveals a close associate of Moreno, Xavier Macias, lobbying for the contract of the Coca Codo Sinclair hydroelectric power plant (valued at $2.8 billion) as well as the ZAMORA 3000 MW plant to be awarded Sinohydro, a Chinese state-owned construction company. Additionally, the money route from the Chinese corporation passes through bank accounts in Panama belonging to INA Investment Corporation – a shell company originally founded in Belize (a notable tax haven) by Edwin Moreno Garcés, the brother of the current President. The most crucial pieces of evidence indicate that the INA Investment funds were used for the purchase of a 140 m2 apartment in the city of Alicante, Spain, and a number of luxury items for President Moreno and his family in Geneva, Switzerland, during his time as a special envoy on disability rights in the United Nations.

As the pressure mounted on Moreno, the Attorney General of Ecuador issued a statement on March 19th, indicating that it commenced an investigation into the INA Papers scandal involving President Lenin Moreno and his family. Furthermore, on March 27th, the National Assembly of Ecuador approved a vote in favour of investigating Moreno’s alleged off-shore bank dealings in Panama. According to Ecuador Inmediato, 153 public service officials, along with all members of the National Assembly, were also included in the initial public hearing scheduled for April 1st.

The corruption scandal comes amid a number of other prominent crises and changes undergoing both the Moreno administration and the Ecuadorian economy. The local and regional elections of March 24th, as well as the election to the Council of Citizens’ Participation and Social Control (CPCCS) on March 24th, have been riddled with a series of controversies and irregularities with regards to vote counts and allegations of fraud, including the attempts to invalidate null votes, disqualify and smear the candidates endorsed by ex-President Rafael Correa, as well as a lack of transparency and legitimacy as highlighted by the report of the mission of electoral observers of the Organisation of American States. In a way, this mirrors the 2017 Honduran presidential elections, where mass voter fraud and other irregularities proved to be the key in returning of the hard-right Juan Orlando Hernandez government to power.

The IMF Deal and a turn towards the US

Furthermore, During the recent meeting of the Executive Board of the IMF, the financial body approved a loan package of $4.2 billion to the government of Lenin Moreno for what it called a “ more dynamic, sustainable, and inclusive economy for the benefit of all Ecuadorians”. The agreement coincided with layoffs of over 10,000 public sector workers, in addition to the ongoing policy of reduction in the public and social spending, a decrease in the level of minimum wage and the removal of secure work protections that marked the sharp neoliberal turn of the Ecuadorian government under Moreno. The IMF deal coincided with the increasing attempts by the Ecuadorian government to proceed with the expulsion of Julian Assange from its London embassy and his arrest is likely a sign that the Moreno regime is willing to give up any part of its sovereignty -  political, diplomatic, or economic, to comply with the demands of the international finance agency.

The same pattern has been observed in his increasing level of collaboration with the Trump administration and its foreign policy in Latin America. From holding private meetings with Paul Manafort, to publicly hosting Mike Pence in the Ecuadorian presidential palace, to authorising the opening of a new “Security Cooperation Office” in place of the old US military base in Manta  Moreno’s embrace of the new Monroe doctrine has become all too apparent, just as the efforts to hand Assange over to the US authorities have grown over the last two years. At the same time, he has gone to great lengths to undo the progress of Latin American unity and integration initiated by his predecessor and other progressive leaders in the region.

On March 13th, Lenin Moreno announced that Ecuador would leave the Union of South Ameircan Nations (UNASUR) international agreement originally founded in 2008 by the leaders of South American nations, most prominent among them Nestor Kirchner of Argentina, Hugo Chavez of Venezuela and Lula Da Silva of Brazil. The project was inspired by the long-standing vision of Simon Bolivar who envisaged South America as a federation of various republics, and was meant to consolidate the growing economic and political integration among the increasingly progressive governments across the region, eventually emulating the current structure of the European Union.

Moreno alleged in his press release regarding the exit from UNASUR that the project has been as a result of the lack of participation of the right-leaning governments in the region, as well as the “irresponsible actions of certain leaders that replicated the worst vices of Socialism of the 21st Century”. In a manner similar to Francisco Santander and the project of Gran Colombia during the 1820s, Moreno has opted for a pro-US foreign policy and commercial relations based on free trade and liberalisation. He has also increasingly followed the path of other right-wing leaders in the region such as Jair Bolsonaro and Mauricio Macri in officially recognising Juan Guaido as the President of Venezuela. Moreno was also one of the attendees of the founding summit of Prosur, a newly convened regional block of US-aligned neoliberal governments.

In another unusual twist, the US ambassador, Todd Chapman, was spotted visiting the headquarters of the CNE during the March 24th election day and allegedly participating as an official electoral observer in the elections. This display of interference was widely condemned on social media as illegal under the current electoral rules, which forbid foreign powers from playing any active role in the observing or interfering the electoral process.

Moreno’s decision to silence Julian Assange and expel him serve a duel purpose – to gain the trust of the Trump administration, and to distract the national and international public away from his corrupt dealing in off-shore bank accounts, the fraudulent elections of March 24th and his mishandling of the Ecuadorian economy. This has also been echoed in the comments made by Rafael Correa, the former President of Ecuador who first authorised Julian Assange’s asylum back in 2012. After having his page blocked on Facebook, Correa stated that “ In his hatred, because Wikileaks published corruption of INA papers, Moreno wanted to destroy Assange's life. He probably did it, but he has also done a huge damage to the country. Who will trust in ECUADOR again?”.

Overall, Ecuador has come to resemble the neoliberal regimes of the 1990s across the continent, with IMF-sanctioned austerity, increasingly unstable state institutions and an almost complete obedience to the US foreign policy in the region becoming the new policy standard. By contrast, the decade of political stability and the economic progress enjoyed by the Ecuadorian citizens under President Correa’s government now seems like a cherished (albeit a distant) memory that his supporters, and even his detractors, now seek to recover.

[Denis Rogatyuk is a Russian-Australian freelance writer, journalist and researcher. His articles, interviews and analysis have been published in a variety of media sources around the world including Jacobin, Le Vent Se Léve, Sputnik, Green Left Weekly, Links International Journal, Alborada and others.]