It’s not that the Universe is expanding faster or slower than we previously thought. Instead, the discrepancy in these measurements may ultimately reveal an entirely new aspect of the Universe that scientists are currently in the dark about. 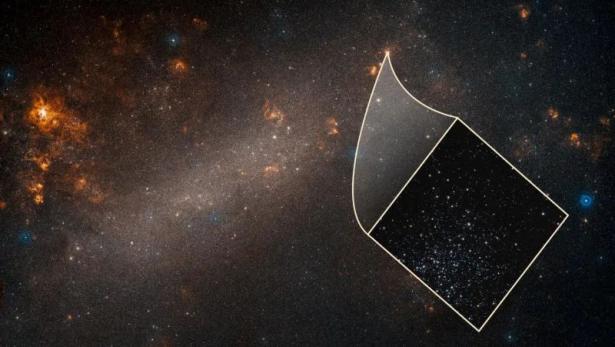 New results from the Hubble Space Telescope have deepened one of the biggest mysteries in astronomy.

Astronomers know that the Universe is expanding, and the expansion is accelerating. Sometimes you’ll hear news stories claim that the Universe is expanding “faster than we thought.” But that’s not quite what’s going on. The rate of the expansion, called the Hubble constant, is the subject of an important discrepancy: Its value changes based how scientists try to measure it. New results from the Hubble Space Telescope have now “raised the discrepancy beyond a plausible level of chance,” according to a paper set to be published in the Astrophysical Journal.

As the space between the stars and galaxies grows, scientists have devised several ways to measure the rate of expansion. One method calculates the expansion based on the farthest radiation that our experiments can see, called the cosmic microwave background. Others have used information from supernovae to calculate the rate. Both of those methods have measured an expansion rate of around 67.7 kilometers per second per megaparsec—meaning for every 3.26 million light-years, the Universe is expanding another 67.7 kilometers per second faster.

But other measurements don’t agree. Scientists using the Hubble Space Telescope recalculated the Hubble constant with the help of a recent high-accuracy measurement of the distance to a nearby satellite galaxy called the Large Magellanic Cloud, as well as new observations of 70 Cepheid variables, a kind of pulsating star. Cepheids’ pulsation rate and brightness are closely enough related that their distance can be calculated. Combined with other improvements, they calculated the Universe’s expansion at 74 kilometers per second per megaparsec.

Basically—when scientists look farther away, the Universe seems to be expanding more slowly than when they look at the local Universe.

The new measurement officially makes the discrepancy significant enough that it’s implausible that it’s coming from random statistical fluctuations in the data. On top of that, other tests seem to show that the discrepancy isn’t caused by errors in any of the measurements. This means that the experiments might be measuring a feature of the Universe not explained by the most-accepted theory of cosmology.

It’s hard to say what’s truly going on, but the next step is clear. “Continued pursuit in precision in the determination of [the Hubble constant] is... needed to transition from the discovery of a difference to a diagnosis of its source,” the study authors write.

Scientists are already pursuing new ways to measure the Hubble constant, most notably using colliding neutron stars and the gravitational waves they produce in space itself. By calculating the distance to the collision using the gravitational waves and the speed that the stars are receding using the collision’s light, physicists will have another way to calculate the value of the Hubble constant.

So, again, it’s not that the Universe is expanding faster or slower than we previously thought. Instead, the discrepancy in these measurements may ultimately reveal an entirely new aspect of the Universe that scientists are currently in the dark about.