In Praise of a Higher Minimum Wage 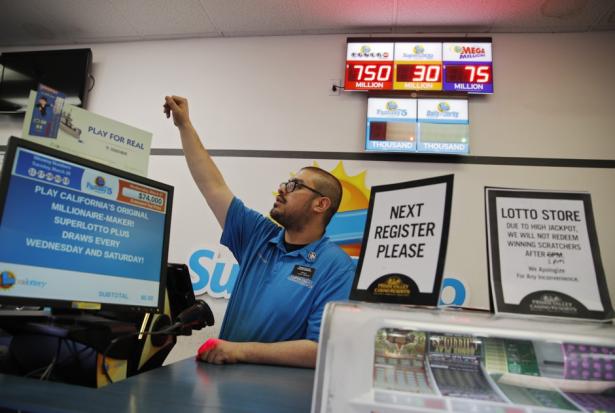 A cashier working in a lottery store in California, where the minimum wage is now $11 an hour, or $12 an hour for companies with more than 25 employees, John Locher/AP

The United States now has its highest minimum wage ever (even when adjusting for inflation), but only if you take into account the new minimum-wage laws that states and cities have recently adopted. As The New York Times reported earlier this week, the effective national minimum wage has risen to $11.80 an hour. That’s substantially higher than the federally mandated minimum of $7.25 per hour, which has remained unchanged for a decade.

Conservative economists and pundits have long argued that higher minimum wages cause firms to reduce employment, especially of low-wage workers, and thus they inflict damage on the U.S. economy. But two new papers provide powerful evidence that higher minimum wages in fact boost the conditions of workers—especially the least skilled and lowest paid among them—without doing broad economic harm.

The first paper is forthcoming in the prestigious Quarterly Journal of Economics and is currently available as a NBER working paper. (There is also a shorter, more reader-friendly research brief available.) It tracks the economic effects of more than 100 minimum-wage hikes across the country between 1979 and 2016.

Economist Arindrajit Dube of the University of Massachusetts at Amherst, who is perhaps the leading expert on the economic impact of the minimum wage, and his co-authors Doruk Cengiz (also at UMass), Attila Lindner of University College London, and Ben Zipperer of the Economic Policy Institute conducted the study. They used detailed data and advanced statistical methods to parse the effects of minimum-wage increases on low-skilled workers—including those making at or around the minimum wage—as well as on high-skilled workers and the economy as a whole.

The study finds that minimum-wage increases occurring over more than three-and-a-half decades resulted in higher wages for low-skilled workers, with no reduction in low-wage employment five years out. This was true overall, and separately for younger workers, less educated workers, and minorities. Low-wage workers saw a wage gain of 7 percent after an increase in the minimum wage.

Furthermore, the authors find that higher minimum wages have positive effects (what economists call “spillovers”) for a wide range of lower-skilled workers, including those who make up to $5 an hour more than the new minimum. A higher minimum wage boosts these workers’ wages as well, and without causing any additional unemployment or damage to the economy. However, the spillover benefits mainly accrue to incumbent workers (those who had their jobs before the minimum-wage increases were put in place) and not to new workers.

Dube and his co-authors caution that these findings hold for minimum-wage increases up to about 60 percent of the prevailing local median wage. After that point, increases may be economically counterproductive, although this remains an open research question.

The second paper, written by Donald Grimes of the University of Michigan and Penelope Prime and Mary Beth Walker of Georgia State University, and published in Economic Development Quarterly, looks at the effects of the minimum wage in sectors that have concentrations of low-paid service workers. Grimes, Prime, and Walker analyze the effect of higher minimum wages and other factors (such as unionization, education, population size, age, and gender) on wages at the 10th, 50th, and 90th percentile levels across more than 400 U.S. metros. They also adjust for regional differences in cost of living.

Specifically, they study the impacts of higher minimum wages on workers in four types of service jobs that, together, employ huge numbers of Americans: food preparation and serving; personal care services; healthcare support; and building and grounds cleaning and maintenance. These jobs pay a median wage for full-time work of between $20,800 and $27,900 per year, and accounted for nearly half of all U.S. job growth in the decade spanning 2006 and 2016. During that period, they grew at nearly triple the national average for all jobs.

Interestingly, these authors find that the broad structural factors typically believed to drive local wages have little impact on the wages of low-earning service workers. (Such factors include higher levels of educational attainment, higher shares of college graduates, tighter labor markets, and higher rates of unionization.) And wages at the 10th-percentile level do not increase with higher housing costs, making the lowest-paid workers more burdened by the cost of housing—something my own research has documented.

The factor that has the biggest effect on the wages of these workers is a higher minimum wage. “The preeminent factor in explaining wage differences for these lowest paid workers across geographic areas is the minimum wage,” the study notes. “Our results indicate that if local communities want to raise the wages for these workers, raising the minimum wage would have a direct impact. Furthermore, since the lowest paid workers are not compensated for higher housing costs, perhaps the minimum wage should vary over geographies, depending on the relative housing costs.”

Some 70 million Americans—amounting to nearly half of the country’s workforce—hold low-wage service jobs. The only way to combat rising economic inequality and the decline of the middle class is to massively upgrade these jobs. The minimum wage is a powerful policy tool for doing just that, establishing a wage floor that benefits the lowest-paid and most vulnerable workers.

Local and state efforts to increase the minimum wage are a great start. But increasing the federal minimum wage and indexing it geographically, to account for local wage differences and the cost of living, should be a central campaign plank of whoever ends up being the Democratic candidate for president in 2020.

Richard Florida is a co-founder and editor at large of CityLab and a senior editor at The Atlantic. He is a university professor in the University of Toronto’s School of Cities and Rotman School of Management, and a distinguished fellow at New York University’s Schack Institute of Real Estate.