We need to step back and break down what people mean when they say someone is not “electable,” and explain why their assumptions are unfounded 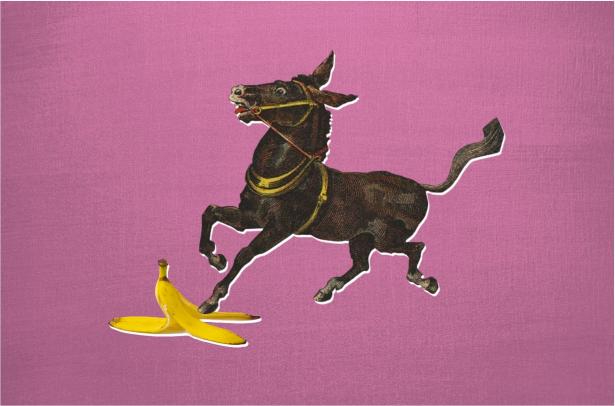 As we’ve debated our views on the Democratic presidential primary candidates with our friends and colleagues and family, most of us have surely heard someone say: “I like so-and-so, I just don’t think they’re electable.” Elite media figures like Chuck Todd and others have lent credence to the concept, and perhaps we’ve said it ourselves. It’s ok.

But we need to start resisting this framework. The fact is, we don’t know who is electable, and in absence of empirical meaning the term has come to reflect our collective biases—a euphemism for things we would rather not say, but want, consciously or otherwise, to imply.

Unless we get a handle on the meaninglessness of the word, it risks infecting the public debate about whom Democrats should nominate with those biases—that the country is not ready for a female or progressive president—such that, electable or not, Democrats don’t ultimately nominate the best person for the job.

Thus we wanted to step back and break down what people mean when they say someone is not “electable,” and explain why their assumptions are unfounded.  (Note, we are talking about the occasions when this term is used to describe senior elected officials and people who are otherwise qualified.)

The country is not ready for a woman President.

Despite the country’s progress toward gender equality, misogyny remains a rampant force in American life. In a Data for Progress study of 2018 voters, nearly one in four respondents agreed that, “Most women fail to appreciate fully all that men do for them,” and one in three agreed that “Most women interpret innocent remarks or acts as being sexist.”

Women make up only 24 of Fortune 500 CEOs. Women represent only 127 of the 535 members of Congress, and there are only nine women governors. On average, the median female worker earns $150 less per week than the median male worker. The average woman earns 82 percent of what the average male worker earns annually—with women of color making less than white women. Much of “women’s work,” like child care and elder care, is neither acknowledged nor remunerated as work.

It’s impossible to know how large misogyny loomed in Hillary Clinton’s defeat, since most people are unlikely to admit it on a survey. But as many commentators have observed, she faced harsher treatment on the campaign trail and afterward than most other contenders have. No one told Al Gore or Bernie Sanders to shut up and go awaywhen they published their post-campaign memoirs.

Yet despite all this, growing literature shows that, in general, women who run for office face no electoral penalty. Women stomped to victory in 2018. In GA-06, a woman of color (Lucy McBath) unseated Republican Karen Handel just months after Handel defeated a white male candidate in a special election. Women won races in all kinds of districts, including in some of the most conservative, including OK-05, where Kendra Horn won, to IL-14, where Lauren Underwood defeated six male opponents. When we make “other people’s” misogyny a reason not to support female primary candidates we say we otherwise admire, we become complicit in the devaluation of women, and erect hurdles on their paths to nomination based on something imaginary.

This person will not appeal to white voters.

As has become apparent over the past two years, the political establishment is obsessed with white midwestern swing voters. South Bend, IN, Mayor Pete Buttigieg has surged in polls in large part by campaigning on the fact that he is from the Rust Belt, and speaks the language of working class white people.

And yet, as we know, over 100 million people didn’t vote in the 2016 election, including millions of young people and people of color, many of whom had voted for Obama in 2008 and 2012, but did not feel drawn to the polls in 2016. Since then, the political establishment has associated Clinton’s defeats in Michigan, Wisconsin, and Pennsylvania with the white voters who turned out for Trump. And yet, even in those states, it was actually reduced turnout among traditional Democratic base voters, including people of color, that cost Hillary the election.

Relatedly, while many assume that the key to Democratic victory in 2020 is winning back those “blue wall” states, the vote gap in states like Arizona, Georgia, and Texas has been shrinking quickly, thanks to organizing work in Latinx and black communities. Democrats lost Arizona by 208,000 votes in 2012, but only by 100,000 votes in 2016, and then won the Senate seat there in 2018 by 47,000 votes. In Georgia, the vote gap also closed by over 100,000 votes in the last two presidential elections, before Stacey Abrams brought the gap down to 50,000 votes. We may have an easier time closing the 2016 electoral vote gap in 2020 by focusing on voters in Georgia and Arizona, where the Democratic base is growing, than it is in Michigan and Ohio, which are becoming older and whiter.

Democrats have made the most gains when they have focused on their base: young people, women, and people of color. The obsession with the white voter betrays a racial bias that we need to overcome.

This person is too progressive

Electability has also come to serve as an antonym to progressivism—that electable candidates appeal to moderate voters. But as Ezra Klein has explained, the moderate voter is a myth. Surveys mistake diverse opinions for moderate opinions, but in fact, some of the most popular ideas are on the extremes. A person who both supports a moratorium on immigration and full legalization of marijuana isn’t moderate, even though we could assign a score to each of those views on a left-right spectrum, and it would average out in the center.

According to the Data for Progress study of 2018 voters discussed above, the ideas that the progressive wing of the Democratic party have aligned behind are quite popular. Forty-nine percent of voters support Medicare for all while only 36 percent oppose it (the rest are undecided). Sixty-six percent support a fee on pollution (18 percent oppose that idea), 57 percent support a public option for generic drugs (while only 22 percent oppose one) and 68 percent support a tax on wealth over $100 million dollars (compared to 20 percent who don’t). A Data for Progress study of 2018 electoral results finds that support for Medicare for all did not predict negative electoral results, consistent with Upshot polling of swing districts showing that support for single-payer healthcare was often higher than support for Democratic candidates in the district.

Indeed, there is widespread support across party lines for reigning in corporate power and taxing the wealthy, but it is elite media and institutions, funded by corporations, that cast these views as extreme. As Klein says, “moderate” may simply be a euphemism for what corporations want.

Much of the myth-making around the Democratic primary is just that. In a Data for Progress survey of 495 registered voters planning to vote in the Democratic primary, fielded April 26-29, we found that 95 percent of Democratic voters would vote for at least one of the candidates currently in the race. Indeed, almost every Democratic voter would be happy to vote for three or four of the current candidates. We also asked respondents if they would absolutely “not” support any Democrats in the primary. The well-known candidates who draw the least opposition among Democratic voters include Pete Buttigieg, Kamala Harris (D-CA), and Sen. Elizabeth Warren (D-MA)—candidates who are all clearly progressive and clearly electable, while the two major candidates with the most detractors—Sen. Bernie Sanders (I-VT) and former Vice President Joe Biden—are avatars of the party’s progressive and centrist wings (Tulsi Gabbard also drew significant opposition).

It thus makes little sense to equate electability with centrism or moderation. What if, instead of attempting to navigate “other people’s” biases, we put our energy into supporting the candidates that wanted to solve our society’s biggest problems? What if, instead of trying to outsmart the electoral process, and anticipate what others want, we put our efforts into fighting for the people who we know will serve us best? We should make our primary about ideas and solutions, rather than myths and misguided assumptions, not just because those assumptions have led us astray in the past, but because the future of our country depends on not making the same mistakes again.

Leah Hunt-Hendrix is the co-founder of Way to Win.

Sean McElwee is the co-founder of Data for Progress.