With his 10-point proposal to overhaul the nation's schools, the presidential hopeful said he aims to "guarantee every person in our country a quality education as a fundamental human right." 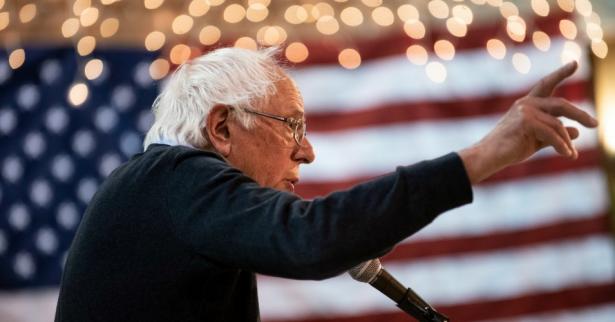 Sen. Bernie Sanders on Saturday unveiled the public education plan for his 2020 presidential campaign, calling for "a transformative investment in our children, our teachers, and our schools, and a fundamental re-thinking of the unjust and inequitable funding of our public education system."

The senator's "Thurgood Marshall Plan for Public Education" is named for the lawyer who successfully argued Brown v. Board of Education—the landmark U.S. Supreme Court case that made racial segregation of public schools unconstitutional in 1954—before he joined the court as its first black justice more than a decade later.

Recalling Marshall's words from a dissenting opinion for Milliken v. Bradley—a case the high court ruled on in 1974—Sanders tweeted Saturday that he aims to "guarantee every person in our country a quality education as a fundamental human right."

According to a campaign page that lays out Sanders's plan, his broad goal is to address "the serious crisis in our education system by reducing racial and economic segregation in our public school system, attracting the best and the brightest educational professionals to teach in our classrooms, and reestablishing a positive learning environment for students in our K-12 schools."

Improving education on a national scale requires, in the senator's view, banning new for-profit charter schools. As Common Dreams reported Friday, he is the first 2020 Democratic primary candidate to call for such a ban, and his proposal comes as Education Secretary Betsy DeVos is working to increase the number charter schools.

Waleed Shahid of Justice Democrats said on Twitter that the presidential candidate's plan "seems like the most aggressive national anti-segregation policy" proposed in decades, while others noted how it comes in "stark contrast" to the past positions of former Vice President Joe Biden, who is also seeking the Democratic nomination for president.

Under Sanders's plan, the federal government would spend $5 billion annually to expand access to summer and after-school programs, teen centers, and tutoring—and another $5 billion so community schools can "provide a holistic, full-service approach to learning and the well-being of our young people" through dental and mental health care, substance abuse prevention, community and youth organizing, job training classes, art spaces, GED, and ESL classes.

On the educator side, Sanders calls for increasing teacher pay "by working with states to set a starting salary for teachers at no less than $60,000 tied to cost of living, years of service, and other qualifications; and allowing states to go beyond that floor based on geographic cost of living."