Julia Lovell’s fascinating new history of the international career of Maoism reveals the resonance of the ‘Great Helmsman’ in a populist age. 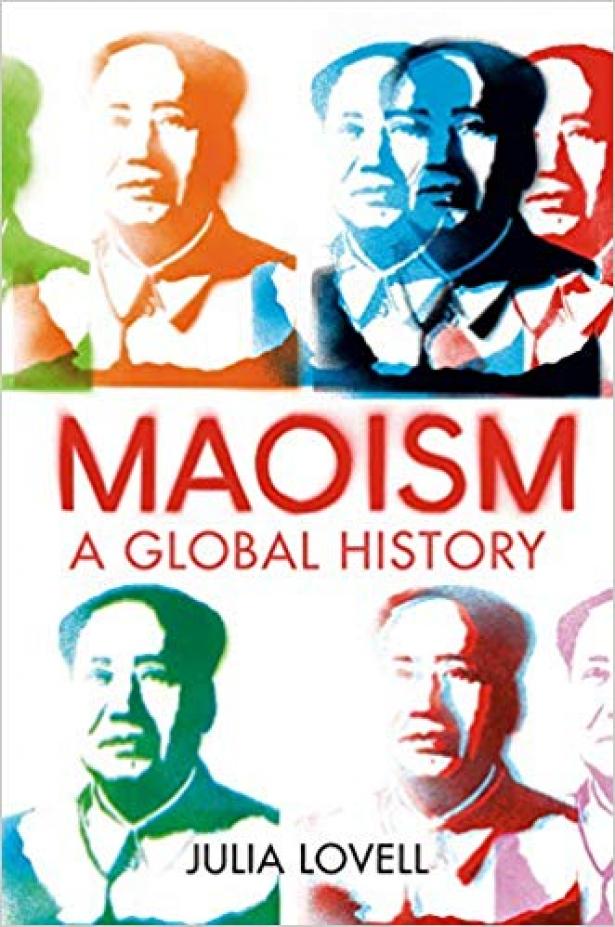 Since 1989, the world has debated whether Marxism and Communism are history or current events. Francis Fukuyama took one decided view; the editors of Jacobin another. Ernesto Laclau and Chantal Mouffe told us that the age of class warfare was over, and that instead those seeking social justice should appeal to ‘the people’. Populism defines our current decade, much as Marxism defined much of the twentieth century. But the strength of self-described socialists like Bernie Sanders and Alexandria Ocasio-Cortez, and the willingness of figures like Brazilian President Jair Bolsonaro to condemn ‘red outlaws’, suggests that Marx and his ideological heirs remain very much alive.

It is into this ideological and political flux that Julia Lovell has brought us a fascinating and timely work on one of the most influential and disruptive strands of Marxist thought: that of Chinese leader Mao Zedong (1949-76). Lovell, a scholar of Chinese history whose previous work includes an account of the First Opium War, takes a broad view of Mao across time and space, rather than isolating him within the most garish manifestations of his rule in the Great Leap Forward and Cultural Revolution. On the one hand, she demonstrates that Maoism developed long before the 1960s, and has lasted long after the Cold War. She reminds us that Maoists are very much with us today, whether they are directing Naxalite columns in eastern India, sitting in ministries in Nepal, imprisoned in Peruvian jails or inflaming the Chinese internet with bitter attacks on America and ‘revisionism’. In taking Maoism into the modern day, Lovell invites comparison between Mao’s ideology and practice and those of contemporary politicians, uncovering a Mao who, in many ways, feels familiar to observers of our populist age.

Lovell begins her work with a recapitulation of Mao’s key political commitments. She covers Mao’s doctrines of ‘protracted people’s war’ and peasant-led revolution; his unstable mix of mass mobilisation and iron political control; his hostility to imperialism and colonialism; and his abstract commitment to feminism (rarely honoured in his relations with actual women). She examines Mao’s irrepressible rebelliousness, which led him to constantly agitate against any settled institutional structures, even those he established. She then examines the history of Maoism in China, paying especial attention to Mao’s courting of foreign intellectuals, above all his biographer Edgar Snow (Red Star Over China, 1937). It was Snow’s portrayal of Mao’s Communists as ascetic, earthy, patriotic democrats that won him the admiration of the progressives across the globe, even as Mao began his first purges and terror campaigns at Yan’an in the early 1940s.

Most of Lovell’s book is an examination of Maoism’s international career. Although Lovell stresses that Maoism hardly ended with the Cold War, she is also very good at explaining exactly how Maoism fit into the dynamics of that conflict and that era. She explains the Sino-Soviet split, and how Chinese foreign policy deployed Mao Zedong Thought against its Soviet rivals. Lovell argues that we cannot really understand Maoism without comprehending its role in the struggle against colonialism, a ‘defiance’ which ‘gave Mao and his programme a global moral glamour’ (53). She traces Maoist progress from Sukarno’s Indonesia and Julius Nyerere’s Tanzania to a fractious Indochina, where international solidarity failed to overcome the purely nationalist conflicts between China, Vietnam and Cambodia.

Perhaps Lovell’s biggest contribution is to analyse Maoism not just as an ideology, but as a sort of discourse: a system of signifiers, ideas and emotional cues that can be disassembled and reassembled as needed – or swallowed whole as a seamless and mindless dogma. It is, in a way, a pliable technology of certain kinds of governance and mobilisation. Its ‘perplexing, inconsistent mutability […] has given the political line which carries his name its potency, persuasiveness and mobility’, Lovell writes. ‘Somehow, Maoism is the creed of winners and insiders, of losers and outsiders, of leaders and underdogs, of absolute rulers, of vast, disciplined bureaucracies, and oppressed masses’ (59).

Lovell shows us how Maoist slogans about ‘rebellion’ and decolonisation inspired dilletantes and liberals across Western Europe, whose most radical act was to work at an auto factory for a few years before becoming Greens (a lifepath also chronicled in Richard Vinen’s The Long ’68, and neatly evoked by a lyric in Chumbawamba’s paean to Ulrike Meinhof (‘Don’t wait for me to say I’m sorry – I won’t/Who wants to be a green MP? – I don’t’)). A bit later, we encounter the uncompromising Maoism of Peru’s Sendero Luminoso, calling for the expropriation of the landlords only a few years after Peru had, in fact, broken up the big estates (one peasant asked if she was meant to occupy her neighbour’s garden) (337).

Lovell devotes two chapters to Maoist activities in India and Nepal, where Maoism continued as an active military force into the twenty-first century (in India, Maoist guerrillas are still active today). Another strength of Lovell’s work is the way she shows how Mao’s appeal to the ‘colonised’ became an inspiration for oppressed minorities within nation states, even though Maoist groups tend to be led by upper-class intellectuals. Often, these intellectuals deal with working-class resistance either by retreating to the middle classes or resorting to extreme violence – the latter being the more authentically Maoist response.

Lovell devotes much space to Maoism’s ambivalent relationship with women’s liberation, including the tale of a Nepalese guerrilla who, thanks to the party, escaped arranged marriage and ended the civil war a brigade commander, before becoming a minister in the peace (399-402). But the Maoists’ Nepali People’s Liberation Army also kidnapped and tortured girls (406-07). Women may have held up half the sky, but they also experienced more than half of the suffering, whether they were Mao’s neglected wives or the women pressured into sex in some of the communes and radical movements of the ‘68ers referred to by Lovell.

Lovell also shows us how Mao’s ideology and practice still remain identifiable in a populist age. Many definitions of populism take it as an ‘anti-elite’ or ‘anti-institutional’ pattern of thought, which seeks wisdom among the common people. This is not the normal practice in Marxism, and especially Marxism-Leninism – the point of Marxism-Leninism is that the party cadres set direction and lead the proletariat, as an institution. Even Joseph Stalin, master of one of history’s most macabre cults of personality, never said he wanted to do away with the party, nor claimed to act outside it. This institutional bias explains why Nikita Khrushchev was eager in his Secret Speech to condemn Stalin precisely for his rejection of ‘socialist legality’, institutions and collective rule.

But Mao, Lovell writes, saw the people as the source of wisdom. His role – technically the Party’s, but really his alone – was to identify the people’s system of thought, the ‘mass line’, distil it and then implement it, repeating this process as needed. This sort of iterative interaction between the wisdom of the people and the genius of the leader is at the essence of populism. So, too, is Mao’s hatred of institutions, intellectuals and bureaucrats. Mao and Steve Bannon would have agreed about the horrors of the ‘administrative state’. And Mao was a staunch nationalist, which is unsurprising: the Chinese Communist Party grew in the context of a series of wars for national unification and liberation. It has always absorbed within itself the nationalist dream of Chinese rejuvenation, to ‘make China great again’, a quote Lovell herself uses (448).

I wish Lovell had made this connection more clearly, though this is less a judgment of her work and more a reflection of my own interests in populism. But in her penultimate chapter, an examination of how contemporary leftists in China draw on Maoist thought, the similarities become much more obvious. China’s neo-Maoists are fiercely nationalistic, xenophobic and anti-intellectual. They combine leftist, protectionist and collectivist politics with ultra-nationalism in a way immediately recognisable to a student of someone like Marine Le Pen. Their tactics – internet mobilisation, trolling and alliances with congenial mainstream authoritarians – all resemble radical-right populists elsewhere.

Lovell’s work is a fascinating tour de horizon of the history, present and future of Maoism. It is not perfectly comprehensive – in its global scope, it provides only a sketch of Chinese history between 1949 and 1976. A few episodes might have been covered in a bit more detail, like the Malayan Emergency, if only because they are relatively little known among Western audiences. Lovell does miss out on a few intriguing episodes – we don’t hear about Mao’s one European ally during the 1960s, Albania, and the fascinating revelation that the People’s Republic was also funding the Afghan mujahideen in the 1980s could have warranted a few more paragraphs.

But these are minor quibbles. Lovell’s book is fascinating and well worth reading. I highly recommend it to students of Cold War history, Chinese politics and contemporary social sciences more generally.