Under Guise of “Choice”: Trump Launches Assault on Veterans’ Care

But, on this D-Day anniversary, Donald Trump is rolling out a program, favored by his right-wing backers, that directly attacks public provision of veterans’ healthcare. 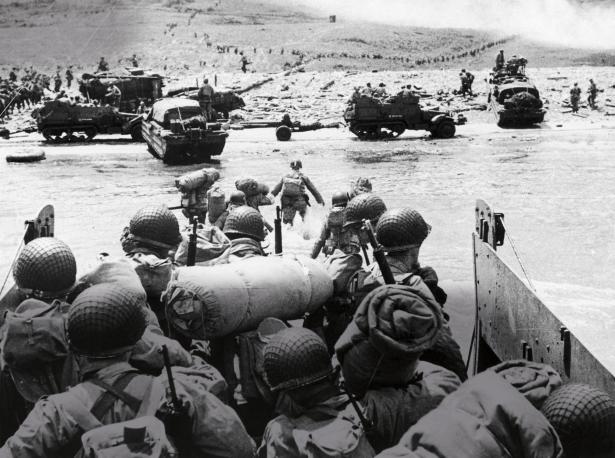 On June 6th, the Trump Administration launched what it calls a “revolution” in veterans’ health care.

If that date rings a bell, it’s because, on June 6, 1944, American soldiers and their allies stormed ashore in Normandy, establishing a critical beach-head in the campaign to defeat Adolph Hitler and Nazism.

In the aftermath of that and other World War II battles, tens of thousands of injured veterans were treated, back home, in a nationwide network of hospitals and clinics run by the federal government. Most patients of what’s now called the Veterans Health Administration (VHA) appreciated the specialized, high-quality care they received from our nation’s best working model of socialized medicine.

But, on this D-Day anniversary, Donald Trump is rolling out a program, favored by his right-wing backers, that directly attacks public provision of veterans’ healthcare. On June 6, the VHA’s salaried care-givers will be required, by law, to refer many more of their nine million patients to private doctors and for-profit hospitals, even when the VHA could serve them better and at lower cost.

This expanded out-sourcing creates a beach-head for the health care industry, which hopes to expand its market share to 40 percent or more of all VHA patients. Trump’s “counter-revolution” in veterans’ care will divert billions of dollars from a national healthcare system uniquely equipped to serve the poor and working-class veterans who qualify for VHA coverage.

In typical Trump fashion, this scheme is being deceptively marketed. On Fox News and other media outlets, White House appointees, like Veterans Affairs Secretary Robert Wilkie, claim that giving veterans greater “choice” will “empower” them as patients. (For more on Wilkie see here.)

In Wilkie’s rosy scenario, veterans can stick with VHA care, if they want it—but also get the same access to private sector providers that other Americans have through their private insurance, Medicare, or Medicaid coverage.

In reality, the list of “community care” providers hastily assembled since passage of the VA Mission Act last year, includes many with little or no experience treating the complex service-related problems of many veterans. Wait times for appointments outside the VHA will, in many cases, be no shorter than inside—and sometimes longer. Plus, few hospital systems outside the VHA treat mental and physical problems in a systematic, coordinated way—a necessity for veterans whose substance abuse or suicidal thoughts are a product of traumatic brain injuries and chronic pain.

Veterans are not being warned that, if they enroll in private practices for primary care or mental health treatment, they may be dropped from the VHA rolls and find it difficult to get back into the system. And few realize that, every dollar spent on private sector care will be taken from federal budget allocations for direct care in veterans’ hospitals and community clinics.

First starved of resources and then patients as well, more VHA facilities will become targets for down-sizing or closure by the Trump Administration. Where this occurs, it will eliminate the first choice of most veterans and force others to remain outside the VHA system, whether they want to or not. Already, the VHA has more than 40,000 vacancies, which the White House refuses to fill, creating stressful conditions for remaining care-givers, many of whom are paid less than their private sector counterparts.

On June 5, members of the American Federation of Government Employees (AFGE), the largest union of VHA employees, National Nurses United, and Veterans for Peace are doing their best to blow the whistle on what Senator Jon Tester (D-Montana) now warns may be a public policy “train wreck.” Their “National Day to Save The VA” will include protest rallies, press conferences or informational picketing in Portland, San Diego, Long Beach, Milwaukee, Boston, Albuquerque, Tucson, Minneapolis, Rochester, St. Louis, and Las Vegas,

Unfortunately, Tester and almost every other Senate Democrat voted in favor of the VA MISSION Act, which mandates the far wider out-sourcing that begins this week. Only Vermont Independent Bernie Sanders, former chair of the Senate Veterans Affairs Committee, two Democrats and two Republicans voted “No.”) So any Congressional Democrats who show up at these events shouldn’t be allowed to get away with vague claims that they’re opposed to “privatization” when, in fact, most of them went along with Trump’s plan to implement it.

As Vietnam veteran and VHA patient Skip Delano points out, “the private sector healthcare system does not have the capability or the capacity to meet the needs of veterans. They will be sent to providers who may know little or nothing about their special problems and may fail to diagnose critical conditions like PTSD, Agent Orange, or burn-pit exposure, or military sexual trauma, to name only a few.”

A former postal worker, coal miner, and New York city teacher, Delano has decades of experience with good, union-negotiated, job-based medical coverage. Nevertheless, he believes that, for many patients pushed out of the VHA, “private sector care will be less veteran-centric, of lower quality, require longer wait times, and end up with many veterans getting lost in the system because of poor care coordination and lack of accountability.”

A key organizer of this week’s Veterans for Peace “Save Our VA” protest in Manhattan, Delano also spends a lot of time reminding his fellow veterans about the need to be labor allies. The Trump Administration is currently seeking major contract concessions from VHA workers, one third of whom are veterans themselves.

According to Delano, if this effort succeeds, VHA staff will be stripped of the union protections needed to be effective patient advocates and more active foes of privatization. “Without that collective voice, doctors, nurses, and other healthcare professional will have far less ability to speak out on behalf of veterans,” he warns.