Democrats Get Serious About Affordable Housing

Ahead of the first 2020 presidential debates, Dems have released some of the most far-reaching housing plans in decades. 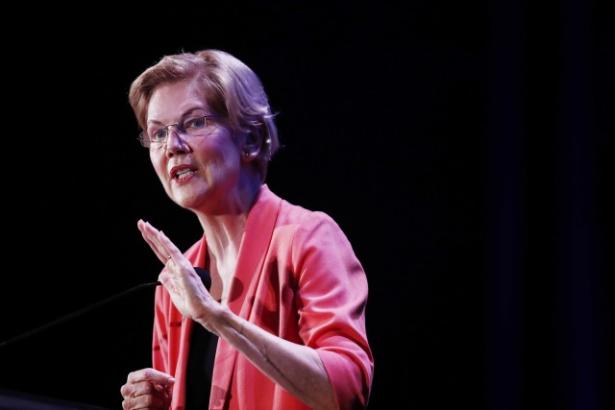 As Democratic candidates square off in the first 2020 debates, you might hear about an issue that has long been absent from presidential campaigns: affordable housing. With the cost of living skyrocketing nationwide, Democratic contenders have started to take housing seriously as a campaign issue for the first time in decades, releasing extensive proposals to address inequities for both homeowners and renters.

“It feels like it’s about time,” says Diane Yentel, president of the National Low-Income Housing Coalition. “We’ve had Congress shortchanging affordable housing for decades. To now have candidates using their platforms to talk about the crisis itself—it’s remarkable.”

So far, candidates Elizabeth Warren, Cory Booker, and Julián Castro—all of whom will be participating in tonight’s debate—have released extensive proposals aimed at dramatically increasing the supply of affordable housing, while also beefing up protections for renters and homeowners. Others, like Kamala Harris and Kirsten Gillibrand, who will be appearing tomorrow, have either signed onto these plans or proposed more limited solutions.

While the plans differ widely in strategy and scope, one objective is common to almost all of them: a massive funding increase for the Housing Trust Fund, the most targeted low-income housing program at the federal level. Created in 2008, the trust fund provides states with badly needed resources to build and maintain housing, mostly for extremely low-income families. Yet, the program’s funding has never kept up with demand: Today, there remains a shortage of more than seven million homes for families in poverty.

To fill that gap, Warren, Booker, Castro, and Gillibrand all propose financing the trust fund by an additional $40 to $45 billion per year. Such an influx would have a significant impact on low-income communities nationwide. “Expanding it like this could mean the creation of three million apartments,” says Yentel.

But the proposals don’t stop there. Along with targeted new investments in low-income housing, the plans use a variety of strategies and tools to empower renters facing eviction, offer assistance to first-time homebuyers, encourage cities to reform zoning rules preventing new construction, and narrow the racial wealth gap, among other goals.

Such a broad, holistic approach speaks to the sheer scale of the crisis—but also to whom it’s now impacting. While the shortage of low-income housing can be traced back to the late 1970s, the housing crisis has grown to become a problem for middle-class Americans as well. Today, home prices are rising at twice the rate of wages, while two-thirds of renters already say they can’t afford to buy. All told, some 38 million renters—nearly the entire population of California—are cost-burdened, meaning they spend at least 30 percent of their paycheck on rent. “The crisis is worsening, and its effects are starting to be felt by the middle class,” says Yentel. “When that happens, policymakers start really paying attention.”

At the same time, Democrats are starting to realize that housing policy could also be good politics. “From a political standpoint, this hits on a number of key Democratic constituencies,” says Jenny Schuetz, a fellow at Brookings’ Metropolitan Policy Program.“Young people, renters in large cities, people of color—all heavily blue groups.”

But not all housing plans are created equal, and while Democratic candidates approach the crisis with largely similar goals in mind, they differ, at times significantly, in how to get there.

One such flashpoint is zoning reform, which in many places is critical to allow for new housing construction. Because zoning is by and large a local issue, plans like Castro’s and Warren’s aim to use federal funds as either a carrot or a stick to encourage changes. Under Castro’s proposal, such reforms would be a requirement for cities to receive Community Development Block Grants, which help fund things like affordable housing construction and anti-poverty initiatives. Warren, by contrast, aims to entice local reforms through a competitive block-grant program. Unlike Castro, Warren wants to use new federal funds as a carrot for local governments, rather than existing money that municipalities already depend on.

Yet with both strategies, one potential danger is that they may sidestep some of the most exclusionary zoning in wealthier neighborhoods and suburbs. Because these areas are far less dependent on federal block grants than lower-income communities, they may not be enticed by new or existing funding. As a result, wealthier suburbs could be left unchanged, including some areas most in need of zoning reform, while cities with large low-income populations that fail to reform could have their federal block grants cut.

By contrast, Cory Booker’s plan ties upzoning to both block grants and Department of Transportation funding, an approach experts say could go much further. “Attaching upzoning requirements to existing DOT funds would be a big improvement, and it may start to impact smaller residential suburbs,” says Schuetz. “But we’ve never tried doing this, so whether this would be a big incentive is hard to say.”

The thorny debate over upzoning reflects how issues like this can belie the traditional left-right divide, even in an age of hyper-partisanship. Just last month, a California plan to upzone areas near commercial and transit corridors went up in flames for the second time in two years. While detractors on the right called it a big-government power grab, some progressives worried that without new funding for affordable housing, the reforms would simply fuel high-end development and gentrification. Until recently, this could also have been said about Booker’s housing plan, which did not include new funding for the Housing Trust Fund until earlier this month.

Another issue these plans tackle is how to deal with the legacy of racial discrimination in federal housing policy, a legacy that remains deeply embedded in the fabric of urban and suburban America. Under Warren’s plan, homebuyers in historically redlined communities would be eligible for down-payment assistance through a new pot of money distributed by the Department of Housing and Urban Development.

Although not explicitly geared toward African-American families, experts say they are the primary targets of the policy. The provision applies only to areas once marked “D” or “hazardous” on federal maps due to their racial make-up, and which were systematically denied federal mortgage loans based on that classification beginning in the 1930s. Recipients must also be first-time home buyers, must have lived in the redlined area for at least four years, and must be below 120 percent of the area’s median income.

But while Warren’s approach has earned comparisons with the ongoing debate over reparations, experts warn the policy’s language may not do enough to target the real victims of historic housing discrimination. In fact, the policy may even contribute to their displacement, since white gentrifiers may also receive assistance in some cases. “There are some concerns about targeting geography rather than race,” says Schuetz. “So you could have white families who are eligible.”

By contrast, Booker wants to approach historic inequities in homeownership mostly by targeting the racial wealth gap. His solution is the American Opportunity Accounts Program, or “baby bonds.” Under this plan, every child born in the U.S. would be given $1,000 at birth to be put into a low-risk savings account managed by the Treasury. Each year, the federal government would deposit additional funds on a sliding scale based on family income, with households in poverty receiving as much as $2,000 per year. At 18, the child would have access to the account, but only for specific purchases, like buying a home or attending college.

Although Booker’s plan is race-neutral in its language as well, the sliding income scale helps ensure that nonwhite children, and blacks in particular, would benefit most. On average, black children would receive $29,000 from the program by their 18thbirthday, while white kids would receive closer to $15,000.

Warren’s and Booker’s call for homebuyer assistance could go a long way toward combating both the racial wealth gap and the gap in homeownership rates between blacks and whites—but it’s not a magic bullet, either. While down payment assistance can be a decisive contributor to homeownership rates—particularly among nonwhite, first-time homebuyers—a number of other factors contribute to these disparities. According to an Urban Institute study last year, the children of stable homeowners are far more likely to own their own homes in adulthood. Critically, black families are not only much less likely to own a home, they’re also much more likely to transition between homeownership and renting over time.

There’s also the question of whether first-time homebuyers assistance simply pulls purchases forward without generating new ones. A homebuyer tax credit included in the 2009 stimulus package had this effect, according to some economic studies, making it an inefficient use of federal dollars.

Policy details aside, one significant change in how Democratic candidates are now approaching housing issues is in their rhetoric. In sharp contrast to recent election cycles, a number of prominent Democrats—including Warren, Booker, Castro, and Harris—have recognized housing as a human right that should be guaranteed. Such language harkens back to a time when the federal government aimed—at least in writing—to house every American.

Yet only Julian Castro’s plan explicitly codifies that right as an entitlement. His proposal calls for dramatically restructuring the Housing Choice Voucher Program (“Section 8”) by guaranteeing assistance to all households below 50 percent of an area’s median income. The proposal also bans discrimination based on a tenant’s income source—a perennial problem for tenants trying to find landlords willing to accept a Section 8 voucher.

Such guarantees have the potential to radically reshape low-income housing nationwide. Currently, Section 8 vouchers serve 2.2 million households, but the number of eligible recipients is around four times higher. That disparity means applicants must spend years on waitlists—and that’s if they’re lucky enough to get a spot. In Los Angeles alone, more than 188,000 people applied for just 20,000 waitlist slots last year. And for the lucky few who actually get a voucher, landlord discrimination means just six out of ten Section 8 recipients in LA will actually find housing within the allotted six-month window.

Enshrining low-income housing as a basic right would mark a significant change in social policy, but also in philosophy. “There are other countries that have established a right to housing. The UN has recognized housing as a human right. But the U.S. hasn’t said anything close to that,” says Schuetz.

If all this sounds less than possible in the current political climate, housing advocates are encouraged by how ambitious the debate has already become. “One thing that’s really refreshing about seeing such comprehensive solutions: The scale of investments matches the scale of the crisis itself,” says Yentel. “When the starting line gets moved this far, when we actually compromise, it increases the possibility of us ending with a higher amount.”

Some of these proposals may also have bipartisan support—at least when it comes to upzoning. On June 26, the Trump administration released its own housing plan, focused mostly on zoning reform. Much like California’s AB 50, however, our landlord-in-chief does not call for new funding for affordable housing or badly needed protections for renters. Rather, by sidestepping the deep roots of the housing crisis, there’s a good chance the plan will simply fuel high-end development and gentrification.

At the very least, however, the White House plan shows that housing is an issue that can no longer be ignored—by the right or the left. “In these first early months, we’ve seen more attention paid to housing than in entire previous campaigns,” says Yentel. “I can’t wait for the debates.”