Liz Shuler and Sara Nelson, both in their 40s and from Oregon, lead the undeclared race to succeed Richard Trumka at the union federation 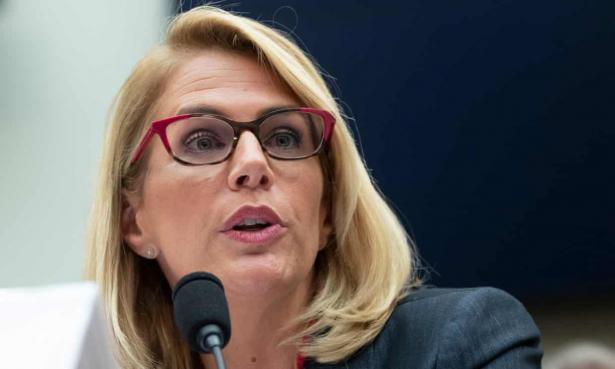 Sara Nelson, president of the Association of Flight Attendants, is a charismatic public speaker and viewed as a militant.,Rex/Shutterstock

Liz Shuler and Sara Nelson have many things in common – both are from Oregon, both are in their 40s, and both are prominent labor leaders. Shuler is secretary-treasurer of the AFL-CIO, the nation’s largest labor federation, Nelson is president of the Association of Flight Attendants.

Another thing they have in common: both hope to succeed Richard Trumka someday as the AFL-CIO’s president.

After decades of being held back, women have only recently risen to the top ranks of America’s labor unions. For a woman to head the AFL-CIO and become the nation’s most powerful, visible labor leader would be “rather extraordinary”, as one historian put it.

But neither Shuler nor Nelson will admit to having an eye on that prize. Both know it would look bad to declare their candidacy with 27 months still left in Trumka’s term.

Shuler, 49, is not flashy – she’s a well-liked team player, solid speaker and excellent administrator. Nelson, 46, is a charismatic speaker and is often viewed as a militant – she likes to shake things up 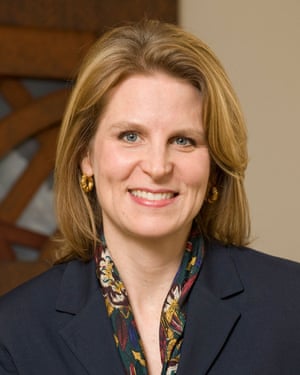 Liz Shuler, secretary-treasurer of the AFL-CIO, and a well-liked team player. Photograph: AFL-CIO

Shuler played a leading role last year in mobilizing Missourians to overturn that state’s anti-union-fee law (known as a “right to work” law). Nelson was catapulted into the spotlight last January when she called for a general strike to pressure Donald Trump and Congress to end the government shutdown.

Although AFL-CIO headquarters says there is no campaign under way, there’s a lot happening beyond that official position.

Two top union leaders who insisted on anonymity said that early this year Trumka and Shuler were asking various union presidents whether they would support Shuler to be the AFL-CIO’s next president. These officials said Trumka, the AFL-CIO’s head since 2009, appeared at the time to be considering stepping down within a few months to make way for Shuler, but only if there were strong support for her in the federation’s 55-member executive council, which is composed largely of union presidents.

AFL-CIO officials insist that Trumka, 69, has no plans to step down before the federation’s convention in 2021. Several officials said Trumka dropped the idea of resigning early after the presidents of three large unions representing nearly half the AFL-CIO’s 9 million union members indicated they were not prepared to support Shuler – or anyone else at this point. Those three presidents were Randi Weingarten of the American Federation of Teachers, Lee Saunders of the American Federation of State, County and Municipal Employees, and Marc Perrone of the United Food and Commercial Workers.

Shuler and Nelson declined to be interviewed for this article – talking publicly could signal they are eyeing the AFL-CIO’s presidency. Nonetheless, labor officials say both are jockeying for labor’s top position.

“It’s really exciting that it’s two women,” said Janice Fine, a professor of labor studies at Rutgers. “We know that a majority of the workforce is women. We know that since the early anti-sweatshop movement, women have been at the forefront of fighting for workers’ rights. Women have only recently got to the leadership of national unions. So this is another milestone.”

Both Shuler and Nelson have strong allies on the AFL-CIO’s executive council. “I think the world of Liz,” said Lonnie Stephenson, president of the International Brotherhood of Electrical Workers (IBEW). “She’s very forthright. She doesn’t want to be the center of attention. I see her as a consensus builder who brings groups together.”

As for Nelson, Cecil Roberts, president of the United Mine Workers, said: “I have great respect for Sara. She’s been a tremendous help to our union.” He said she had taken a leading role in urging Congress to enact a law that would rescue the mineworkers’ beleaguered pension fund. “She is probably as good a spokesperson as labor has,” Roberts said. “She is a great speaker. She is very passionate and fiery. She inspires.”

Having finished college with $45,000 in student debt, Nelson felt lucky to land a flight attendant’s job with United Airlines in 1996. With many co-workers facing sexual harassment and scheduling problems, she became a union activist, and in 2002, she was named the flight attendants’ communications director, locking horns with United after it filed for bankruptcy protection.

Nelson was elected union vice-president in 2011, heading its successful No Knives Ever Again Campaign to prohibit airlines from letting passengers carry knives. She won the union’s presidency in 2014 and has led efforts to unionize flight attendants at Cathay Pacific, Virgin America and Norwegian Airlines.

Shuler, the daughter of an IBEW member, went to work for that union in 1993 as an organizer in Oregon. She was assigned to California in 1998 to help defeat a statewide anti-union referendum, and after that victory, the electrical workers made her a lobbyist in Washington and later an assistant to the union’s president. With Trumka naming her his running mate in 2009, she became the highest-ranking woman in labor history. As the AFL-CIO’s No 2, she is chief financial officer at a time of huge financial strain – many unions have lost members. Shuler’s responsibilities include leading the AFL-CIO’s efforts to attract more young workers into unions and to organize video game developers.

Richard Trumka, centre, has no plans to step down as president of the AFL-CIO before the federation’s convention in 2021, officials insist. Photograph: Jim Lo Scalzo/EPA

With so many tensions within labor, some labor leaders say it would make sense to have a consensus builder like Shuler as AFL-CIO president. Within the federation, some insiders complain that Trumka has gutted the AFL-CIO’s immigration and civil rights departments. Moreover, the Service Employees International Union and the Teamsters remain outside the AFL-CIO, after breaking away in 2005.

But some union officials say Shuler is not dynamic enough to inspire people to join unions at a time labor desperately needs a turnaround. Some voice fears she might merely oversee labor’s continued decline.

John Samuelsen, president of the Transport Workers Union, said Shuler hasn’t shown all her potential: “If anything, she’s guilty of being too much of a team player. She has the capacity to do more than that.”

Larry Cohen, former president of the Communications Workers of America, said the focus shouldn’t be on who succeeds Trumka, but on how to revive organized labor.

“The key issue in the AFL-CIO’s future,” Cohen said, “is how do the federation and its affiliates come to terms with what has happened in the private sector, going from 35% of workers unionized to just 6%, the lowest percentage of any democracy in the world.”

Weingarten, the teachers’ union president, said she is not ready to endorse anyone for AFL-CIO president because she is focusing on something more important: how to revamp the federation to make it more powerful and effective.

Some union officials say organized labor, urgently needing to reverse its decline, could use a charismatic leader like Nelson. She performs well on TV and electrifies crowds, as she did recently at a Democratic Socialists of America dinner and a Unite Here hotel workers’ convention.

Nelson is an outspoken advocate of using strikes as a weapon for workers to make gains. Some labor officials said she crisscrosses the country giving speeches not just because she feels solidarity with other unions and progressive groups, but because she realizes that many AFL-CIO insiders favor Shuler – and that she needs to generate rank-and-file support for herself.

Nelson has rubbed some unions the wrong way because the flight attendants have battled the machinists and transport workers over which union should organize flight attendants at which airline. But some say this shows Nelson’s eagerness to do what labor needs: more organizing.

Several union officials said Shuler is too close to the building trades unions, which tend to be among the most conservative. Sean McGarvey, president of the North American Building Trades Union, slammed Nelson for supporting the Green New Deal. “She’s aligned herself with a plan that would eliminate half of the AFL-CIO’s jobs,” McGarvey said. “That’s not going to work real well.”

Nelson and others say the Green New Deal wouldn’t eliminate nearly that many union jobs. Roberts, the mineworkers’ president, defended Nelson, saying. “I just appeared on a panel with her, and she very much says union jobs have to be protected as part of any Green New Deal.”

Joseph McCartin, a labor historian at Georgetown, sought to put Shuler’s and Nelson’s ambitions in context.

“The past two years we’ve seen a lot of energy: the #RedforEd movement, the way labor responded to the government shutdown, strong interest in labor among young people,” he said. “Both of these women are under 50 – almost as important as their gender, they’re younger and as such, they’ll be able to connect. One of them might be more adept at appealing outside of the union movement. Sara Nelson has done a lot of that. One of them might be more adept at mending fences within labor. The big takeaway is, it’s very likely that one of them will be the next AFL-CIO president, and that would be rather extraordinary.”