If War Breaks Out with Iran, It Won’t Be an Accident

A range of U.S. policies have been deliberately designed to provoke an Iranian response. 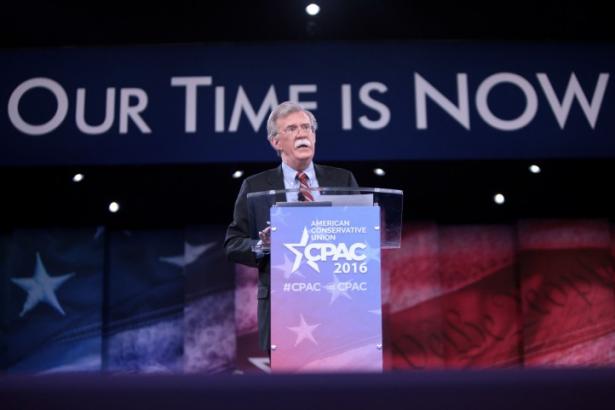 Some things are still unclear about Trump’s recent decision to bomb Iran — and his rapid-fire follow-up decision not to.

We still don’t know what he or his bomb-Iran cheerleaders — National Security Adviser John Bolton and Secretary of State Mike Pompeo — thought the bombing would actually accomplish. We also don’t know why Trump decided to recall the bombers. (Trump claimed it’s because a general told him 150 people would die in the attack. But given Trump’s indifference to civilian casualties in Yemen and elsewhere, I’m willing to bet the store that had little to do with it.)

But some things are pretty clear. One is that while Trump pulled back on starting a shooting war, the administration is directly attacking millions of Iranians already.

Three sets of new sanctions, imposed in recent months, are crippling much of Iran’s economy. They’re killing Iranians, as the health care system strains to survive shortages of medicine and medical equipment. “Sanctions [are] the first problem in our country and in our system. We can’t transfer the money and make the preparations for surgery. It’s a big problem for us,” says Dr. Mohammad Hassan Bani Asad, managing director of the Gandhi Hotel Hospital in Tehran. “We have the procedures, but we don’t have the instruments. It is very difficult for patients and maybe leads to death of some patients.”

A set of sanctions fourth was added just last week, ostensibly aimed at Iran’s Supreme Leader, Ali Khameini. Those are likely to have less immediate impact on the public than the earlier ones, but the political impact is huge, with Iran subsequently threatening to cut off diplomatic channels altogether.

Sanctions are simply war by other means. Under the terms of the United Nations Charter, in fact, the unilateral imposition of economic sanctions may constitute an internationally prohibited act of aggression.

Meanwhile the risk of armed conflict still remains on the table. In recent weeks, Trump sent a U.S. aircraft carrier group with 7,500 or so troops, a squadron of nuclear-capable B-52 bombers, plus another 2,500 U.S. troops to the already over-armed and over-occupied Middle East.

Meanwhile Trump administration officials blame Iran for the mine attacks on U.S.-allied oil tankers in the waters surrounding Iran — a possible pretext for an attack. These are serious escalations. Even more serious were the cyber-attacks the U.S. launched against Iran shortly afterward.

These are all actions designed to provoke Iranian responses, deliberately edging us closer to a direct military exchange that could easily lead to a full-fledged regional war. Such a confrontation doesn’t have to start with a direct U.S. military strike on Iran, although Bolton and Pompeo have certainly been pushing for that.

By now there are strong political pressures on both governments from hardline elements keyed up for a confrontation.

On the U.S. side, Trump’s under pressure from both his own hawkish advisers and from allied anti-Iranian governments in Saudi Arabia and Israel, which would be happy to see the U.S. go to war with Iran. In fact, Israel or Saudi Arabia — armed to the teeth with U.S.-provided weaponry — could even force the issue by attacking Iran and demanding that the U.S. protect them from an inevitable Iranian response.

On the Iranian side, hardliners have been pointing out that diplomatic measures like the nuclear deal, negotiated by the reformist-led government, failed to end crippling sanctions by the United States. That could make future diplomacy much more difficult, especially following Trump’s latest sanctions on the Supreme Leader.

The most immediate danger, though, lies in the narrow, crowded, hyper-militarized Strait of Hormuz off the Iranian coast, through which a huge percentage of the world’s oil and natural gas heads for global markets. It’s there we see the “what if” scenario that should be keeping us awake at night.

What if a young sailor — U.S. or Iranian — on duty in the Strait of Hormuz, late at night, sees a flare and thinks it was a weapon fired by the other side? Maybe they thought it came from one of the U.S. destroyers, or from one of the small Iranian speedboats, all of which cruise the strait. Maybe they’re scared and feel like they have to respond. Do they fire their weapon into the dark? Then what?

In Syria, the U.S. and Russia communicate military-to-military to avoid killing each other’s forces (even while continuing to kill Syrians). But there’s no such military hotline between Washington and Tehran. Small misunderstandings in the dark could spiral massively out of control, with no way to de-escalate. That’s the nightmare scenario.

The tensions between the two countries go back a long way, but the threat of war right now is rooted in Washington walking away from the Iran nuclear deal two years ago, not in the Iranian response to that rejection. There’s no strategic reason for either side to go to war, but war could absolutely result.

And with key figures in the Trump administration trying so hard to provoke Iran, it would hardly count as an accident.