labor The UAW Has No Reason Not to Push for Everything

The UAW kind of sucks, but it is still a union, and therefore inherently good.

July 21, 2019 Erik Shilling Jalopnik
Printer friendly
The UAW Has No Reason Not to Push for Everything Published July 21, 2019 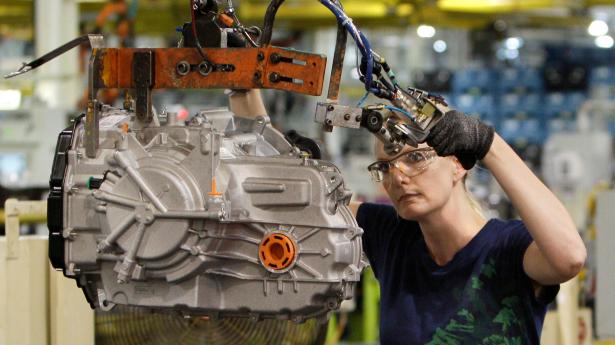 The UAW kind of sucks, but it is still a union, and therefore inherently good. They started negotiations this week for new contracts with the Big Three, ahead of their current contracts’ expirations in September. It wants the usual things—more pay, better job security, better benefits, etc.—but it’s also bargaining at a time when everyone is waiting for the other shoe to drop.

That shoe would be a recession, and the downturn in car sales that would presumably go with it. The last time there was a recession it was the Great Recession, of course, and while in the years that followed record numbers of cars were sold once the economy recovered, car sales in more recent times have since been tapering off. And now most everyone expects the cycle to potentially return us to the bad times, thanks in part to Trump’s trade war.

In terms of negotiating new union contracts, this adds a layer of uncertainty for both the UAW and the Big Three, with management likely to push for concessions—there’s a recession coming, you see, and it would be a shame if anyone got laid off because of a big bad union contract—and the union to push for the opposite, more worker protections and money—there’s a recession coming, you see, and we need worker protections more than ever.

Add to that mix a new twist that The Wall Street Journal reported yesterday: the number of young unionized workers at Big Three plants, nearly half of whom have never been around for economic bad times. That doesn’t mean that those workers won’t be up for a fight, but it does add a measure of mercurialness to the proceedings.

One big wild card in this round of talks: nearly 42% of the Detroit Three’s unionized workforce has never experienced a slowdown in the U.S. car sector, according to data provided by industry sources. After the recession, U.S. car sales bounced back, recording their best four-year period ever, as pricey SUVs proliferated and padded profits for auto makers.

Negotiators for the companies worry that this group of workers—many of whom were hired after 2012 as the auto industry rebounded—will pose a tougher challenge in terms of predictability because they have less exposure to economic hard times and aren’t as experienced with the contract process, say people familiar with the car makers’ bargaining preparations.

It’s a good thing for workers that company negotiators don’t quite know how to proceed since, in general, if the company doesn’t like or understand something, that tends to work in favor of the union membership. I could also see these workers—who also are not paid as well as their more veteran counterparts—be among the most aggressive when it comes to making demands on management.

And lest you think that the 150,000 or so unionized employees of GM, Ford, and Fiat Chrysler should, you know, make some concessions for the good of the company or whatever, consider this, emphasis mine:

GM and Ford’s all-in labor costs, including wages and benefits, have exceeded $60 an hour for the first time in years, according to the Center for Automotive Research. Fiat Chrysler’s labor costs now stand at $55 per hour, up from $47 an hour during the last round of bargaining in 2015, the research center estimates. By comparison, foreign car companies, which don’t have unionized factories in the U.S., spend an average of $50 an hour on labor, the center found.

While labor accounts for only about 5% of the cost of building a vehicle, it is a crucial cost-saving lever for auto makers as it is the only component they can control, labor experts say.

Five percent! I had no idea it was that low. GM made $8.1 billion last year in income. Ford made $3.7 billion. FCA made $4 billion. Having helped negotiate a union contract myself, I know that the devil is often in the details, but the broad shapes are clear. The Big Three are doing quite well for themselves, and the UAW should push for all it can get.

What about that recession, you ask? It remains to be seen whether it will actually happen, for one thing. And then there’s the fact that public companies care about shareholders, not their workers. That’s fine, really, and many CEOs are very explicit about that fact. But that’s what unions are for, to fight for money and worker protections for both now and the future. Believe me, companies are never short on reasons why they can’t give you those things, in good times and bad.