Acts of Kindness, and the Underlying Rot - When `Good Stories' Happen for Bad Reasons

Feel-good news stories are hard to resist. And why wouldn't they be? The rest of the news is stressing us out. Political divides are deepening. The world is getting hotter. Ending, maybe. 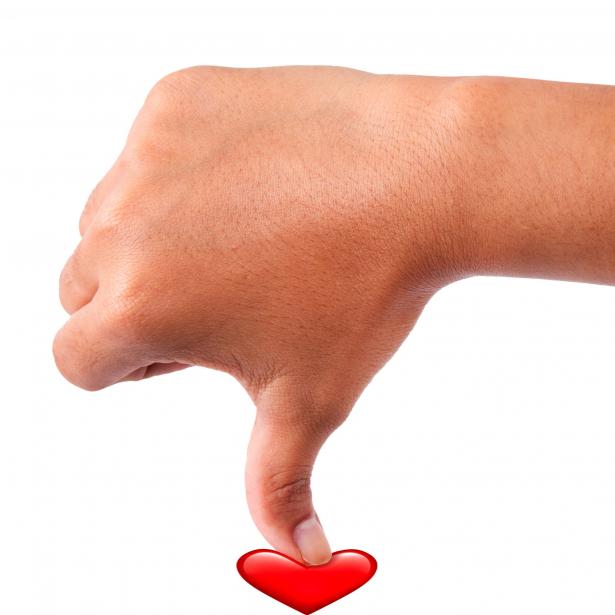 So we all take comfort in stories about people being kind to one another. Like the one about the woman in Missouri who couldn’t get maternity leave, so her colleagues donated their own vacation days. Or the one about the young man in Alabama who spent hours walking to work, so his boss gave him a car.

Stories like these typically pop up on social media, where they spread quickly and catch the attention of news organizations and spread even farther. Some are attached to GoFundMe or other fund-raising accounts, so that strangers can donate to the beneficiary — or the benefactor. Others traffic in the alternative currency of smiley faces and heart emojis.

But lately, some critics have been pushing back on the whole genre.

Sweet stories like these, the critics say, hide an underlying rot. Individual acts of kindness don’t solve systemic problems — in fact, they can do harm by glossing over deeper issues.

“They reveal the deficiencies of public policy, but the interesting thing is people may not make that connection because a feel-good story has short-circuited that connection,” said Lessie Branch, an academic with the Scholars Strategy Network and a senior fellow at the DuBois Bunche Center for Public Policy.

She added, “So the frame, essentially, is individual deficiencies — not systemic issues — for why people need the rescues that we’re seeing.”

In May, for example, a story about a young boy in Georgia with a muscle condition “went viral,” in that cliché of the internet age. According to news reports, his parents weren’t sure whether insurance would cover the walker he needed, so a group of Home Depot employees built one for him. Their good deed exploded on social media. Many cheered. But some had mixed emotions.

“It’s awesome that the Home Depot employees did this,” Seth Moulton, a presidential candidate and Democratic representative from Massachusetts, said on Twitter. “It’s horrifying that they had to.”

In June, reports of a third-grader in California who used his allowance to pay his classmates’ lunch debt made waves on social media. The boy was widely praised, but many said the situation was absurd.

“A thoughtful future leader!” wrote Randall Woodfin, the mayor of Birmingham, Ala., on Twitter. “But this brings about a bigger issue. Our young children should not have to take on debt to pay for school lunches. PERIOD.” 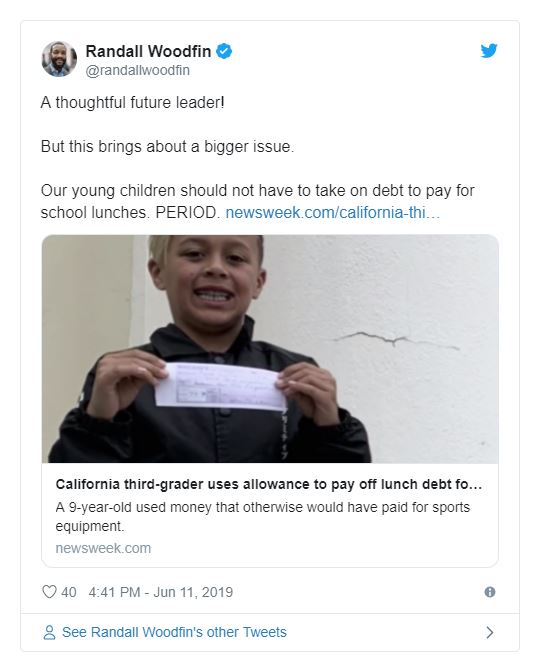 In another tweet, the writer John Paul Brammer made up a story that skewered the whole trope of the viral good deed.

“AMAZING,” he wrote. “When this toddler’s health insurance wouldn’t cover the medical costs of his illness, his whole town lined up to give him high fives and wish him luck in heaven.”

He added a heart emoji. The post was liked by tens of thousands of people.

In an interview, Mr. Brammer said there was nothing wrong with the acts of kindness themselves, which he saw as reminders of the goodness in people.

“But sometimes I think these feel-good stories exist in the service of maintaining the status quo,” he said. “Generosity isn’t this thing in a vacuum. Generosity could also look like challenging the health care system and trying to make it more accessible. I guess some people would call me a communist for that.”

Some feel-good stories turn out to be motivated by fraud. In 2017, people cheered the story of a woman who said a homeless man gave her his last $20 to buy gas so she could get home. Hundreds of thousands of dollars poured in through crowdfunding — before allegations of fraud began to surface. In March, both pleaded guiltyto conspiracy charges.

And last year, widely shared videos showing students at the T.M. Landry Preparatory School in Louisiana reacting with joy as they learned they were accepted to elite colleges were shared online. But now the school is under federal investigation, with administrators accused of cutting corners and creating an abusive environment.

Angela Hughes, 38, of Kansas City, Mo., knows what it’s like to be part of what seems like a good news story. She’s the woman whose co-workers donated their accrued time off so she could take maternity leave after the birth of her daughter, Bella, in 2017. “I was extremely humbled, and I knew that it was a total blessing,” Ms. Hughes said when she appeared on “Good Morning America” last year.

In a phone interview after the attention had died down, Ms. Hughes — who has since changed jobs — said that she would always be grateful to her former colleagues.

But she added that her story was not as tidy as previously reported. The final weeks of her pregnancy were difficult, and when her blood pressure rose suddenly, her doctors recommended bed rest. But Ms. Hughes went back to work because she felt she needed her paycheck to support her family.

She soon began to feel ill, and her liver was dangerously swollen by the time an emergency C-section brought Bella into the world two months early. Then her co-workers donated several weeks of paid time off, allowing Ms. Hughes to spend time with her daughter.

Ms. Hughes said Bella spent two months in intensive care after she was born but was now a healthy, happy 2-year-old. “I’m amazed by her,” she said. “I truly am.”

But what of other mothers in similar situations, who don’t have such generous colleagues?

The United States is the only industrialized country that doesn’t mandate paid family leave, despite bipartisan support for the idea (there are disagreements over how to fund it). Among those who do receive paid leave, there is an income gap. It is more available to people who already have high salaries.

“I do think maternity leave in this country is flawed,” Ms. Hughes said, “because it just kind of feels like you’re punished for choosing to expand your family. I just think it’s greatly unfair.”

And then there was the matter of Walter Carr, now 21, the college student in Alabama who set out walking to work one day in July 2018, long before dawn, because his car had broken down.

It was his first day on the job for a moving company, and Mr. Carr had to get from Homewood to Pelham. The two cities, south of Birmingham, Ala., are more than 15 miles apart. He walked for hours before some passing officers gave him a ride, and he made it to work early. 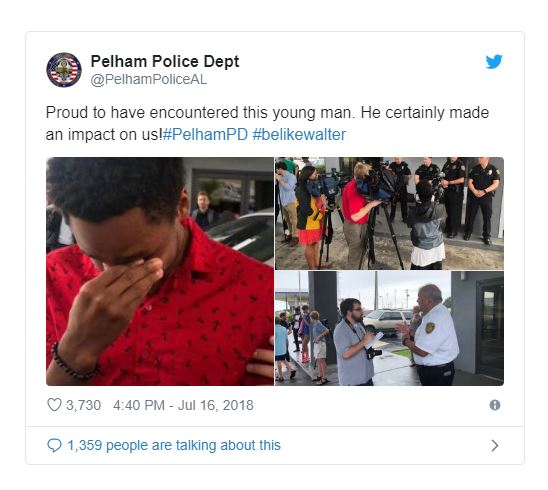 The moving company’s top executive, Luke Marklin, heard about the journey, invited Mr. Carr for a meeting and then surprised him — in front of rolling cameras — with a 2014 Ford Escape.

Mr. Carr remains grateful to Mr. Marklin and the moving company, Bellhops. But what of everyone else in Alabama?

For decades, the state has been one of a handful that doesn’t fund public transit at the state level. (Legislators signed a bill last year to create a public transport fund. It remains unfunded.)

A 2011 report from the Brookings Institution surveyed the country’s 100 biggest metropolitan areas and found that Birmingham ranked 94th in terms of access to transit and employment. That means more people must rely on personal vehicles, which can be expensive to buy, maintain and refuel.

In an interview, Mr. Carr said that he hadn’t even considered public transportation when his old car, which he shared with other family members, wouldn’t start. It had become a money pit, he added, constantly in need of new parts.

“You add up the total amount of money we spent on that 2003 Nissan Altima, we could have bought another car,” he said.

Mr. Carr added that he was humbled by the gift and his brief moment of fame. He used the attention to raise money for the Birmingham Education Foundation.

But the shares and likes, and even the donations, did nothing to solve the underlying problems in these stories. Maternity leave and health care are still divisive and unresolved in the United States. Public transportation in Alabama remains unfunded by the state. Elementary school students across the country still wind up in debt because they can’t afford school lunches.

“For every feel-good story, it’s sort of like, well, what about everyone else?” Mr. Brammer said. “I think both parties, the people doing the good and the people commenting on it, have a responsibility to look at the bigger picture and see what’s the greater context that led this thing to happen in the first place.”

[Jacey Fortin is an American freelance journalist, writing about politics, economics, conflict, development, technology, and media freedom in Africa. Her articles and photographs from South Sudan and Ethiopia have appeared in The New York Times, The Africa Report, Agence France-Presse, Al Jazeera, and other print and online publications. Fortin is from New Bedford, Massachusetts.]