The program, which has received dozens of labor trafficking complaints, is utilized by McDonald’s, Dunkin' Donuts, and Stop & Shop. 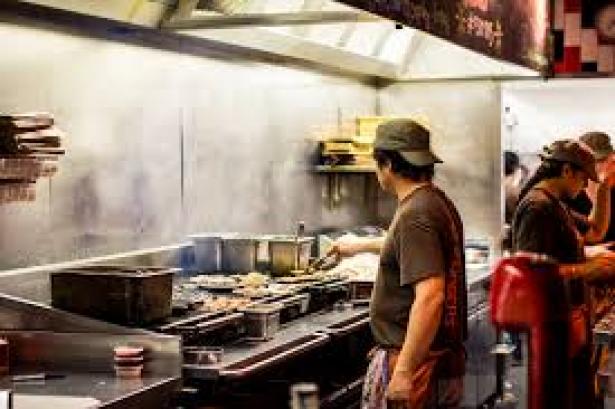 A report on a U.S. government guest worker program found that 67 J-1 visa holders called a hotline to report themselves as victims of labor trafficking between 2015 and 2017., Daniel Lee / Flickr

Imagine you’re a foreign student entering the United States on a summer work visa. You’ve been promised an ice cream-drenched summer filled with opportunities for travel, plus a job that pays enough to fund your next year of college. You get a glowing letter from the Department of State welcoming you to the country.

This is the first time anyone has ever compiled a list of the employers that use the program most often.

“As a summer work travel participant, you are part of a U.S. Department of State cultural exchange program in which you, like thousands of other summer work travel participants, will have the opportunity to share your language, culture, and customs with the Americans you meet in your local communities, places of employment, and travel destinations over the course of your semester break from your college or university back home,” they write.

Then you arrive. Instead of working at an ice cream stand, you’re flipping burgers at McDonald’s. Or stuck in the laundry room at a hotel. Or bagging groceries at Food Lion. “I’d say that we sort of uniformly see that the promises made [to student guest workers] at the recruitment stage do not match the reality,” says Meredith Stewart, one of the authors on a new report that sheds light on the working conditions in the State Department’s J-1 Visa Summer Work Travel Program.

The J-1 visa isn’t technically a work visa. It’s administered by the Department of State instead of the Department of Labor. It doesn’t come with all the protections for workers that are baked into other guest worker programs like H-2A and H-2B programs—wage rules and overtime rules, for instance. But a new report from the International Labor Recruitment Working Group, a consortium of labor advocacy groups including the AFL-CIO and the Southern Poverty Law Center, where Stewart works, found that employers are hiring tens of thousands of people for minimum-wage summer jobs using this visa. They write that companies are now using the program, designed for cultural exchange, as a source of “cheap and exploitable labor.”

This is the first time anyone has ever compiled a list of the employers that use the program most often. And the research revealed that food companies—McDonald’s, Stop & Shop, Dunkin’ Donuts—each hired hundreds of J-1 student visa recipients in the summer of 2015, when the data was compiled.

The report found that 67 J-1 visa holders called a hotline to report themselves as victims of labor trafficking between 2015 and 2017.

For employers, the benefits of hiring J-1 workers are obvious: They don’t have to pay payroll taxes on these employees, and the program doesn’t come with minimum wage requirements. And because the State Department doesn’t collect wage data on the program, it’s possible any of the big corporations using J-1 visas are skirting minimum wage laws.

Also, Stewart adds, visiting student workers are vulnerable. They’ve typically been in the United States for only a month or two, and their visas are tied to their employers or sponsors. “J-1 workers are much less likely to quit an abusive job,” she says.

To wit, the report found that 67 J-1 visa holders called a hotline to report themselves as victims of labor trafficking between 2015 and 2017. And Stewart says there are other, slightly subtler ways visa sponsors can exploit guest workers. Sometimes they get stuck in vacation towns where they wind up paying exorbitant rents. Visa holders also pay fees—sometimes in the thousands of dollars—to sponsors who facilitate the program before they ever arrive on American soil. “We think those fees can really plunge people into debt and are a catalyst for trafficking and other labor abuses,” Stewart says.

The International Labor Recruitment Working Group is pushing for a few concrete changes to the Summer Work Travel program: basic protections under U.S. labor laws, consequences for employers who mistreat J-1 visa holders, a requirement that sponsors provide real opportunities for the “culture exchange” they promise, and greater transparency moving forward. But so far, advocacy efforts to reform the program have fallen on deaf ears. “We have brought forth stories of workers themselves, filed numerous complaints with federal agencies, and there have been numerous lawsuits filed,” Stewart says. “The State Department has really not engaged in any sort of meaningful response or attempt to remedy the program.”

Claire Brown is a staff writer for The New Food Economy focusing on food policy and the environment. Her reporting has won awards from the Newswomen’s Club of New York and the New York Press Club. She is based in Brooklyn. She can be reached via email at claire.brown@newfoodeconomy.org or on Twitter at @hclaire_brown.