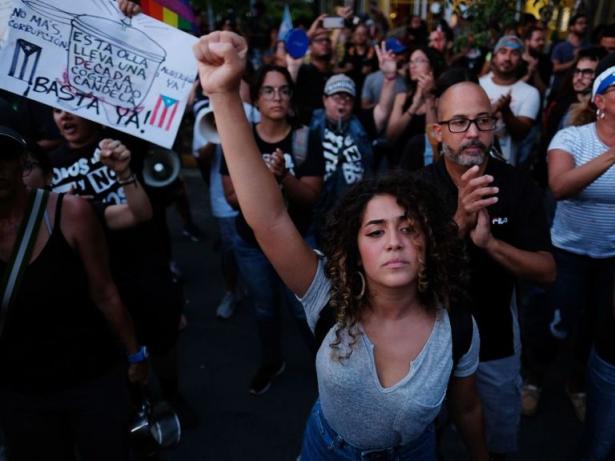 The Russian capital’s government has done its best to ban the protests, and police have dispersed them as violently as ever, but that hasn’t stopped thousands of people from taking part even when the marches aren’t protected by a permit.

More than three people were murdered each week in 2018, with countless more criminalised, for defending their land and our environment.

Argentines have had enough of Macri’s neoliberal and repressive policies and are ready for a more progressive government.

Andrés Manuel López Obrador (AMLO) and his National Regeneration Movement (MORENA) won the elections by a landslide. Significantly, both Congress and the cabinet have gender parity, a first for any Latin American country.

There is significant work in some African countries, and notably in East Africa, where unions are continuously promoting employment for workers with disabilities, as well as legislative and union changes. At a regional level, this work is being used to build capacity and inspire unions in other countries and at an international level for demonstrating the relevance and possibility of trade union action in these contexts.

Underneath the spectacular protests rocking Puerto Rico’s government, forcing the resignation of Governor Ricardo Rosselló in July, is a women’s movement that began in the days following the devastation of Hurricane Maria.

Data theft, spying, fabricated documents. The Spanish state is trying to derail Podemos and its challenge to elites.