We should apply science to the problem of mass shootings. The Senate should pass the House bill funding research on gun violence, and the country should stop scapegoating people who suffer from mental illness. 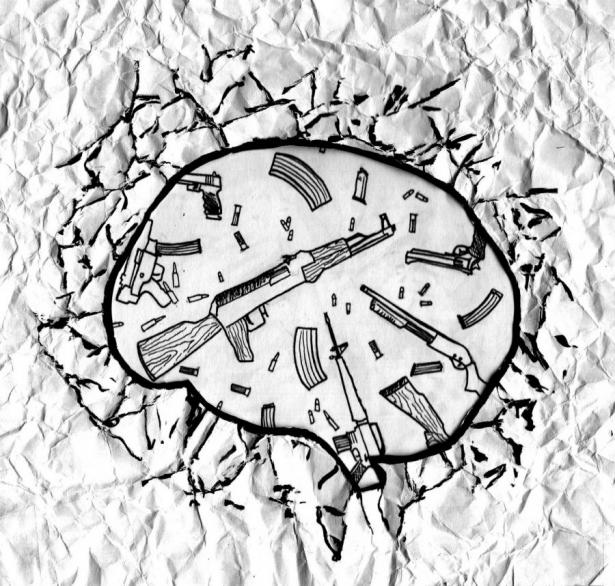 Mental illness is, regrettably, a rather loosely defined and loosely used term, and this contributes to the problem. According to the American Psychiatric Association, “Mental illnesses are health conditions involving changes in emotion, thinking or behavior…associated with distress and/or problems functioning in social, work or family activities.” That broad definition can arguably be applied to many life stresses and situations. However, what most people likely mean when they attribute mass shootings to mental illness are what mental health professionals call “serious or severe mental illnesses,” such as schizophrenia, bipolar disorder, or major depression. Other frequently cited causes of mass shootings—hate, employee disgruntlement, being disaffected with society or disappointed with one's life—are not defined clinically as serious mental illnesses themselves. And because they have not been studied systematically, we do not know if these purported other causes really apply, let alone what to do about them if true.

Unfortunately, it has been difficult to determine precisely the causes of mass shootings and the appropriate approaches to preventing them, largely because of a dearth of public funding for this line of research. The U.S. Centers for Disease Control and Prevention (CDC) had historically been the major funder of the public health aspects of firearm-related violence research, and much was being learned. But in 1996, Congress passed the so-called “Dickey Amendment” to the appropriations bill for the CDC, which was interpreted by the agency as prohibiting support for any firearm-related studies, and therefore the agency stopped funding this research. Although agencies including the National Institutes of Health (NIH) and the National Science Foundation have devoted small amounts to studies related to firearm violence, Congressional actions over the last few years have discouraged such investment, and both agencies have virtually stopped funding that kind of work.

There is now a new opportunity to apply science to the problem of mass shootings. In June 2019, the funding bill passed by the U.S. House of Representatives included $50 million for the Department of Health and Human Services, split between the NIH and CDC, to support research on firearm violence. It is not a lot of money, given the scope of the problem, but surely a start. The Institute of Medicine and the National Research Council (now parts of the National Academies of Sciences, Engineering, and Medicine) laid out a detailed research agenda in 2013 for investigating firearm-related violence that could easily be updated. The Senate and the White House should agree to this funding bill, and the country should stop scapegoating people who suffer from mental illnesses and get on with determining the real causes of mass shootings.

Alan I. Leshner is the interim chief executive officer of the American Association for the Advancement of Science (AAAS) and executive publisher of Science. He is a former deputy director and acting director of the National Institute of Mental Health at the NIH in Bethesda, MD, USA. aleshner@aaas.org