food How Sourness Has Come to Dominate Our Dining Habits, and Our Discourse

Part of the allure of sour is the physical shock, followed by uncertainty: Is this pain or pleasure? The sensation can be overwhelming. 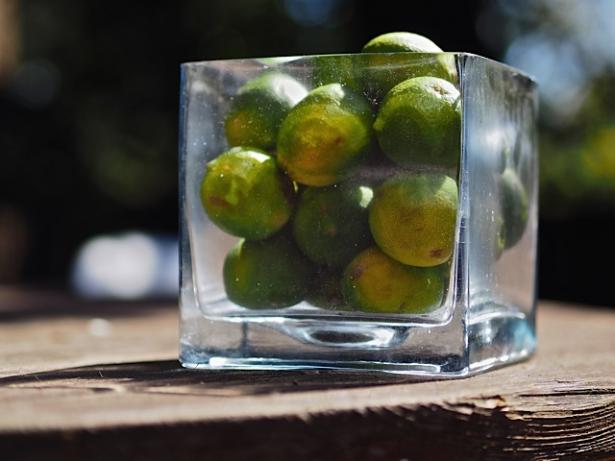 From candy to kombucha to our national mood, acidity is everywhere., jeannettteferrary.photoshelter.com

SOUR IS A FLINCH, the taste that betrays. Only the most stoic among us can keep a straight face, mouth unpuckered, after a suck of lemon, say, or a piece of umeboshi, Japanese salted sour plum — which can contain as much as three times a lemon’s citric acid, more than any other fruit — or the first slow, meditative chew of Super Hiper Ácido bubble gum from Ecuador, before its cache of sour powder detonates and any residue of flavor is obliterated by sheer physical recoil.

It’s torment, and then it’s suddenly over: The acid dissipates and the salivary glands, called up to neutralize the enemy, are left watering, still spoiling for a fight. Almost against our will, we take another bite.

These days, sour is ascendant: in the boom in sales of candy with nearly homicidal levels of acid and apocalyptic names like Toxic Waste, which children and adults alike post videos of themselves twitching and suffering through on YouTube; in the resurgent pastime of home fermentation, as do-it-yourselfers inspired by the self-sufficiency of early settlers tend monthslong-gestating pickles, brew kombucha and coax and coddle sourdough starters into yielding loaves; at cocktail bars, which are increasingly stocking switchel and shrubs — rustic concoctions of lightly sweetened vinegar — alongside sour beer that’s been exposed to wild yeasts and bacteria that devour sugars and generate acids; and, perhaps most significantly, in the proliferation of seasonings and dishes from parts of the world that have always treasured tartness and the deep funk of foods pushed to the verge of rot.

The Nigerian-born chef Tunde Wey serves pungent fufu (fermented cassava paste) at sold-out pop-up dinners around the United States. People wait in line for the chef Tom Cunanan’s Filipino food at Bad Saint in Washington, D.C., and at the chef Margarita Manzke’s Sari Sari Store stand in Los Angeles’s Grand Central Market, where sour — be it in the form of vinegar, the limelike calamansi or sometimes tamarind — steadily throbs in dish after dish. According to the American market research firm Datassential, Korean ingredients like kimchi, which is traditionally buried underground and left to ferment for months, now appear on 5.5 percent of menus in the United States, a jump of 59 percent in the past five years — particularly noteworthy since Americans of Korean descent constitute less than two-thirds of a percent of the total population.

We’re also welcoming sour foods into our home kitchens. In her cookbook “Indian-ish,” published in April from Houghton Mifflin Harcourt, the New York-based food writer Priya Krishna suggests dusting almond-butter toast with chaat masala, a spice blend with a tart streak of amchoor, dried and pulverized green mango. Sumac is a top seller at Burlap & Barrel, a Queens-based company that imports spices from small farms around the world and supplies restaurants like Eleven Madison Park in Manhattan and Nopa in San Francisco. Their version, from Gaziantep, Turkey, has an exceptional tang: The plant’s berries are cured, not sun-dried, and ground coarse to retain more juice and acid.

Ethan Frisch, one of the company’s founders, credits sumac’s rising popularity in the United States to the “Ottolenghi effect,” after the Israeli-born, London-based chef Yotam Ottolenghi, whose cookbooks celebrating Middle Eastern food have sold more than three million copies in the past decade. One Facebook group devoted to his recipes has nearly 10,000 members — which may explain a recent run on Burlap & Barrel’s black lime, a Persian essential: limes baked in the sun until they grow hard and dark, then crushed into powder. This is sour upon sour, a quick barb of citrus, and then the musk of fermentation beneath.

TASTE IS TECHNICALLY distinct from flavor: The former is information sent to the brain by receptors in the mouth, while the latter is the brain’s interpretation of that information, along with other input like scent and texture. In “The Elements of Taste” (2001), the American food writer Peter Kaminsky and the Swiss chef Gray Kunz argued that sour is “primarily experienced in the mouth rather than the nose” — thus it is more of a taste than a flavor. The 19th-century German physiologist Gabriel Valentin went further, declaring that sour was a matter of touch, not taste, since its effect was to “chiefly excite the sensitive, and not the proper gustatory nerves.”

Certainly part of the allure of sour is the physical shock, followed by uncertainty: Is this pain or pleasure? Samin Nosrat, the author of the 2017 cookbook “Salt, Fat, Acid, Heat” and the host of the recent Netflix series of the same title, who champions acid as one of the building blocks of flavor, notes that because sourness makes the mouth water, “your body gets confused — maybe I want more?” The sensation can be overwhelming: Scientists have recorded a phenomenon in which some tasters in English-speaking countries can’t tell bitter from sour. (In one study, a third of the subjects described lemonade as bitter.)

Is the problem linguistic or physiological? Both tastes unsettle us, and some languages barely distinguish between them; in Tahitian one word (’ava’ava) encompasses bitter, sour and even salty. The Latin acer, or “sharp,” has yielded both the English “acrid,” for a stinging bitterness, and the French aigre: “sour.” Today, the Japanese shibui is often translated as “bitter,” but originally, it referred to the abiding sourness of an unripe persimmon (shibushi).

Sour has many shades, ranging from the sunny kiss of a kumquat to the brooding tang of Scandinavian rye bread. Unlike bitter, however, it is to some extent quantifiable — a measure of a food’s acid content. And while bitter can alert us to the presence of a potentially harmful substance, sour may simply indicate a transformation: Milk spoils but isn’t necessarily rendered inedible; with proper handling, it might be on its way to becoming cheese.

A preference for sourness is arguably an evolutionary advantage. It can lead to greater intake of vitamin C — squeezes of lime and lemon were routinely added to the drinks of sailors on long voyages in the 18th century to ward off scurvy — and probiotic bacteria, via fermented foods, to boost digestive health. Indeed, the use of souring agents to preserve ingredients has been key to human survival. The Greek historian Herodotus recorded the consumption of kumiss, fermented mare’s milk, in the fifth century B.C.; the sour beverage, heavy as buttermilk but bubbly as champagne, is still drunk today on the steppes of Central Asia. Some archaeologists have proposed that the fermenting of grain into beer was the prime motive for our shift from nomadic hunting and gathering to settling down, growing crops and building silos to store them. In other words, the early yearning for sour booze — sour by necessity, from spontaneous encounters with yeast and bacteria — was the foundation of modern civilization.

AS A FLAVOR of extremes, sour has infiltrated our discourse, too. We have become a caustic people, more prone to declaim than listen, corrosive in our humor and ever ready to battle. A 2011 report in the Journal of Personality and Social Psychology suggested that subjects were less likely to be agreeable and engage in charitable acts after eating sour candy. Apparently our growing fondness for the taste has made us turn inward, suspicious of others. Still, is this so misguided, at a time when we don’t know if we can trust the powers that be? Shouldn’t we be on our guard? Benjamin Franklin, in his 1732 Poor Richard’s Almanack, advised, “Tart Words make no Friends: a spoonful of honey will catch more flies than a Gallon of Vinegar.” But we no longer believe in the power of sweetness; sugar seems too obvious, a distraction to be best avoided, dangerously lulling in its transient delights.

When sourness goes too far, the facial muscles contract — and the same happens when we’re presented with images or reports of substances or behavior that we find revolting or deem immoral, as shown in a 2008 study by researchers at the University of Toronto, which compared electrical activity in the face muscles of subjects who drank sour, bitter or salty liquids and those confronted with unfair game scenarios. The researchers theorized that this reaction was a rejection mechanism: We respond in this way to protect ourselves from further exposure to food that might be poisonous or evidence that contradicts our sense of what a just and proper society should be. Perhaps we’re being drawn to sour now precisely because everything outrages us; we eat to match the world we live in.

Other recent scientific studies tell a punchier story: Those who eat sour fermented foods have less anxiety, more resilience and are likelier to take risks. In Mandarin, to “eat bitter” means to endure hardship, with forbearing and quiet resignation. But to “eat vinegar” is to be jealous — to be thwarted and furious, unreconciled to defeat. So, too, the British phrase “full of piss and vinegar” describes someone pugilistic, looking for a brawl, refusing to simply submit to age and fate. Where bitter is despairing, sour is merely cynical. Innocence and optimism are gone. Gimlet-eyed, we see the world as it is, and we won’t get fooled again.