Dispatches From the Culture Wars - September 3, 2019 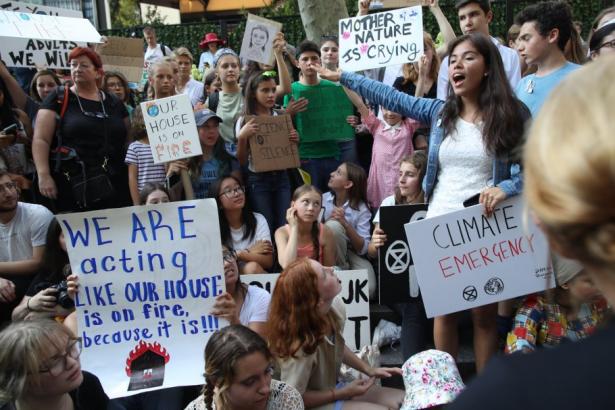 Outdone by numbers and noise from thousands of protesters, a few hundred marchers in a controversial Straight Pride Parade were jeered and heckled during a mile-long procession.

Everything We Know About the Drive-By Mass Shooting in Odessa

Despite the fact that four of the ten worst mass shootings in American history have been committed in Texas, the state was hours away from enacting multiple new laws that would further reduce gun-control measures as the west Texas shooting was playing out.

Violence in the Name of Trump

By Jon Swaine and Juweek Adolphe
August 28, 2019
The Guardian

Dozens of supporters of Donald Trump have carried out or threatened acts of violence. Here, the Guardian lists them all.

How HBO’s ‘Euphoria’ tackled a fear that many men have.

Why the Center Cannot Hold

The far right is a friction of the multiple crisis of global financial market capitalism, but it has no solutions or answers to the cause of the problem.

The Shame of the Border Crisis

We have gone instantly from the land of “helicopter parents” to the land that chases parents with helicopters.