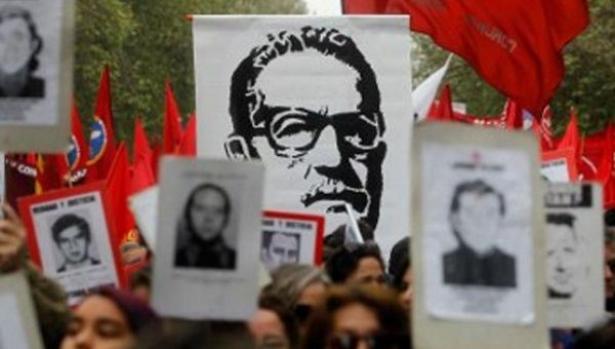 Chileans march in memory of the victims of the Pinochet dictatorship and the coup against socialist President Salvador Allende, featured on a sign in this demonstration, Photo: AFP

Brazil’s neofascist president may have lost his principal political ally in South America.

__________
Training for the International Climate Strike

More than 200 training sessions were held for "giving people concrete solutions, concrete methods to take actions, so when they leave the camp they can go back to their towns and cities and ... build resistance groups to tackle climate change."

Since the start of the uprising, women have taken up an increasingly prominent role, demanding gender equality and the abolition of the patriarchal Family Code.

The Sudanese people rose up in 2018-19, but the compromises that have temporarily pacified the country’s towns and cities, rest on a set of acute contradictions.

In Israel, which captured the West Bank in a 1967 war, Netanyahu’s declaration was widely seen as a bid to sap support from far-right election rivals who advocate annexation of Jewish settlements, and from a center-left that for decades has argued that the Jordan Valley should be kept on security grounds.

Among the crowds of women who gathered in Cape Town were several generations of South women, all of whom, so far, have survived the toxic masculinity in this country which threatens more than half of the population.

A philosophy professor’s statement that “one has the right to be Islamophobic” had a truly explosive effect.