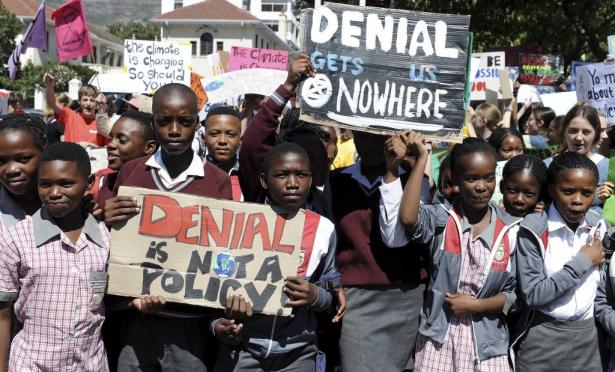 Egypt has seen the first significant protests against Abdel-Fattah el-Sissi in six years of authoritarian rule.

Protesters took to the streets of more than 250 towns and cities across Spain on Friday night to declare a “feminist emergency” after a series of high-profile rape cases and a summer in which 19 women were murdered by current or former partners.

Thousands gathered in the front and back entrances to Jakarta's parliament building, demanding to meet with parliament speaker Bambang Soesatyo. Police eventually fired tear gas and water cannon to disperse them.

The recent U.S. sanctions in Venezuela are not only worsening the economic situation, but increasing the country's cynicism toward any hope of resolution.

As Brexit looms, a surge of community organizing from within is bridging political divides and refocusing the British Labour Party.

Papua, on the western half of New Guinea island, has been paralysed after weeks of protests fuelled by anger over racism, as well as fresh calls for self-rule in the impoverished territory.