No, Impeachment Is Not a Coup - It's a way of bringing politics back to normal.

Impeachment is a constitutional tool designed for times of extraordinary abnormality — say, for instance, when a president presides over an obscenely lawless administration. It's a way of bringing politics back to normal. 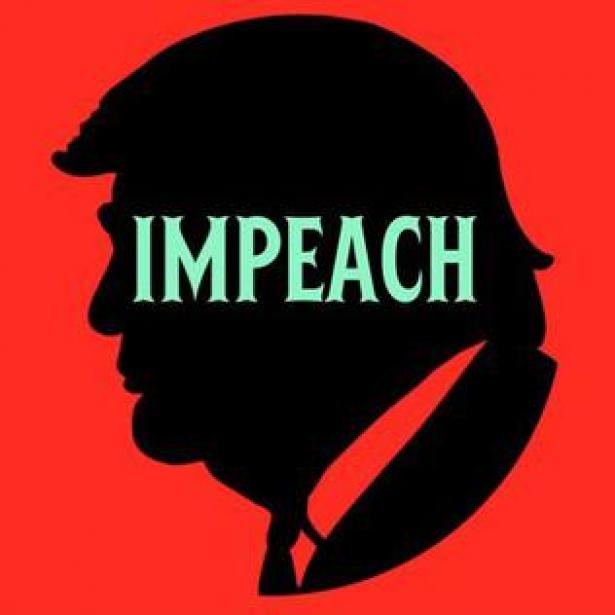 I have no doubt there are Americans out there thinking that impeachment sounds pretty abnormal. They are, of course, right. It’s out of the ordinary — and should be. Our leaders can’t use the constitution to sabotage the people’s will. They can’t, anyway, without electoral punishment. But I think there’s a better way to think about it.

Impeachment is a constitutional tool designed for times of extraordinary abnormality — say, for instance, when a president presides over an obscenely lawless administration. That’s certainly what we are seeing. Time and again, the House Democrats have issued lawful subpoenas to gain access to people and resources in their constitutional duty of conducting executive oversight. Time and again, they have been blocked by
a president refusing to recognize their co-equal authority. If the Congress can’t conduct oversight, the executive functions absent accountability. If the executive functions absent accountability, our belief in equal justice before the law is an empty gesture.

Impeachment is, indeed, highly unusual in and of itself. But it should not be understood outside of its context, which, in our current case, is one of extraordinary presidential lawlessness to the point of collusion with an enemy government seeking to injure our republic. So we should see what the House Democrats are doing for what it is. They are not, as the president alleged last night, fomenting a coup d’etat. They are
not meeting abnormal politics with more and greater abnormal politics. The House Democrats are instead seeking a constitutional solution to a constitutional crisis.

They are, in other words, trying to bring politics back to normal.

In slinging the word “coup” around, the president is betting that most Americans don’t know what impeachment is. Given the decline of civics education and ubiquity of indifference to citizen responsibility, that’s a good bet. So it’s crucially important to remember that impeachment does not mean firing Trump. It does not mean voiding an election. It does not mean Hillary Clinton gets to be president. It does
not mean any of the conspiracy theories, falsehoods and lies Trump and his defenders are telling in order to discredit and undermine the attempt to bring politics back to normal.

Impeachment is the same thing as indictment, and indictment means nothing other than gathering sufficient, credible and concrete evidence to convince a “grand jury,” in this case the House of Representatives, to send the accused, in this case the president, to “trial.” A “prosecutor,” in this case a House member, then presents the argument to a “trial jury,” in this case 100
Senators. In any case, it takes 67 votes to remove the accused from office, a standard so high that it has never happened to a president in our entire history. And even if that did happen, the man constitutionally positioned to take over is the vice president, who, as you may recall, is Republican Mike Pence.

So … it’s not a coup attempt. Not even close.

And it’s not, as Trump alleged this morning, “winning an election” with impeachment. In the event that the president is indicted, and in the unlikely event that he’s removed, all the Democrats are likely get in the end is what they have — control of the House.

It’s worth noting that the more the Democrats follow the path of bringing politics back to normal, the more this president and his allies follow the path of inflaming politics, which is to say the path of flat-out fascism in some cases. Some of Trump’s authoritarian followers are goading him into declaring some kind of “civil war” if the Democrats press on. It’s worth noting, too, that Trump is in kinship
with what was called “brownshirts” in 20th-century parlance but more accurately called “magahats” today. The El Paso massacre clearly illustrated that violence, bloodshed and murder are political options for Americans seeing democracy as a threat to their “way of life.”

To be sure, the Democrats risk greater polarization as they attempt to reduce it, but that’s a risk they must take in faith that the rest of the citizenry is behind them.

I think we are. We’d all like to see normalcy return.

[John Stoehr is the editor and publisher of The Editorial Board, a contributing writer for Washington Monthly and the former managing editor of The Washington Spectator. He was a lecturer in political science at Yale where he taught a course on the history of modern campaign reporting. He is a fellow at the Yale Journalism Initiative and at Yale's Ezra Stiles College.]

Agence Global is the exclusive syndication agency for Le Monde diplomatique, The Arab Weekly and The Washington Spectator, as well as expert commentary by Richard Bulliet, John Stoehr and Immanuel Wallerstein.