'Joker' is ultimately an-in-your face examination of a broken system that creates its own monsters. It’s a gritty and morbidly beautiful journey with little comfort to spare, but many messages to mull over. 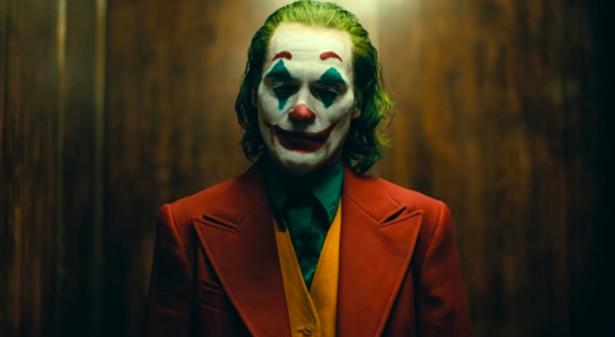 The DC Comics villain Joker is in no way, shape, or form a hero. On the surface, the psychological thriller that explores his origin story could be seen as a glorification of a deplorable character with a long list of victims. Does the movie manipulate the viewer into sympathizing with a man descending into madness? Not exactly. Although the film walks a fine line between exploration and validation, Joker is ultimately an-in-your face examination of a broken system that creates its own monsters. It’s a gritty and morbidly beautiful journey with little comfort to spare, but many messages to mull over.

Joker takes place in the fictional Gotham City (similar to New York City) in the year 1981. The country is going through divisive and rough political and economic times. Arthur Fleck (Phoenix) is a man who suffers from mental illness attempting to begin a stand-up comedy career with failed results. He struggles with earning a living, taking care of his sick mother, and functioning in a world where he is often ostracized and marginalized. Arthur will eventually lose his battle with being ‘normal,’ but before then viewers are taken on a journey of how this came to be. For two hours we bear witness to a tragic breakdown, not only of Arthur but of the society he belongs to.

The most obvious highlight of the film is the performance by Phoenix. The actor plays Arthur with nuanced layering. He’s already a broken man trying to function like he’s whole. Phoenix does well not to portray Arthur like a completely innocent character who is merely a victim of circumstance but at times one that relishes in the darkness always right beneath the surface. He makes clear choices and doesn’t outright try to compel the viewer to like Arthur, but to see him as a real person. Arthur is not a caricature or one dimensional would-be villain. He’s not a villain at all really in the beginning, but a person who has highs of joy, lows of sadness, and conflicting feelings over which path he should ultimately take. Phoenix conveys all of this in an engrossing way.

The less obvious, but perhaps the most compelling, aspect of the film is the interweaving of class politics and social commentary. Phoenix gives a great performance of someone on the brink of insanity, but by placing his downfall in the larger context of systemic ills of society, a more resonating story is told. Arthur is both victim and villain at different times under a system that can push many people to their breaking points.

It seems purposeful that the film begins the origin story in 1981. The beginning of the 1980s in the United States was a turbulent time for working people. Poor economic conditions and political shifts brought about a nation of people frustrated with the status quo and looking for change. The movie makes multiple references to this somber atmosphere as many are out of work, public assistance programs are being defunded, and a general feeling of unrest hangs heavy in the streets. Arthur himself is restless, feeling overlooked, unseen, and unheard. He has a low end job that gives him little respect, and subpar public assistance for his mental health issues. There is little help for Arthur systemically. He needs it, but it’s not there for him. He’s one of the many left behind. He’s one of the many feeling oppressed and frustrated.

This makes sense as the 1980s is classified as being a time when what was considered the New Right continued to gain more power. President Ronald Reagan ushered in what has been classified as the “Reagan Revolution” of conservatism, where social programs were cut along with a lasting impact being made in areas such as taxes, welfare, defense, and the Cold War. If nothing else, Arthur’s lack of proper medical treatment is definitely a result of it, as he’s a victim of budget cuts.

In this regard, the movie walks a delicate line between justifying Arthur’s actions and simply exploring some of the circumstances that may have gotten him to this point. Is the film trying to say that any one of us can potentially be a Joker? Not necessarily, but it does present certain turning points in a way that asks the viewer not to outright condemn Arthur, but to understand him better. This will make some people uncomfortable. The film clearly attempts to ease this concept of understanding by making many of Arthur’s victims characters one may believe “deserve” to be punished. This too will make some uncomfortable as it could be seen as an attempt to water down his villainy.

Lines are drawn in the movie between the rich and the poor. The story is shown parallel to a growing movement of disgruntled working citizens demanding something different, along with an elite wealthy class that looks down upon the poor as a burden to society. The working people are angry, and that anger is shown to be just as dangerous as Arthur’s but on an even larger scale. The movie shows that with no emergence of capable leadership anarchy can fill the vacuum. It seems clear that Arthur’s character is being explored as a symbol of this chaos and destruction.

Yet, even if there is conflict over just how justified Arthur is in his actions, the movie does a fine job of showing the insidiousness of the system he ultimately becomes a product of. He’s not the only villain. Those in power are shown to take advantage of those without power. Certain lives are held in higher regard than others depending on what class they belong to. The media pushes propaganda that is in favor of those that own the networks. People march in the streets with protest signs displaying slogans against fascism and oppression. There’s an internal battle we witness on screen with Arthur, but there’s a larger battle going on between the haves and the have nots that is just as engrossing to watch.

The one shortcoming is the lack of more fleshed out female characters. When anger and frustration are shown outside of Arthur it is usually male. This seems like a missed opportunity given that those most adversely affected by poverty in the 1980s were women, often women of color. The film does well to showcase Black women actresses, such as Beetz and the various caseworkers Arthur interacts with, but none are shown to have much perspective beyond the function they serve to Arthur.

Overall, Joker is a film that goes beyond the usual comic book movie fanfare. There are references to Batman, Joker’s arch-enemy, that will serve as a treat to those who know the comic books, but is not alienating for those that do not. The violence is brutal and not for the faint of heart. This is not a happy film, and one can argue that it doesn’t have much optimism for humanity, but it does explore some concepts of the human condition that will have plenty of people talking long after the credits roll.

'Joker' is currently screening at theaters across the country.

Chauncey K. Robinson believes that writing and media, in any capacity, should help to reflect the world around us, and be tools to help bring about progressive change. Born and raised in Newark, New Jersey, she has a strong belief in people power and strength. She is the Social Media Editor for People's World, along with being a journalist for the award winning publication. She’s a self professed geek and lover of pop culture. Chauncey seeks to make sure topics that affect working class people, peoples of color, and women are constantly in the spotlight and part of the discussion.