Although Trump’s unabashedly anti-immigrant agenda has amplified the brutality of the border regime, he is merely capitalizing on a massive, entrenched network of corporate power and political influence.

October 14, 2019 Michelle Chen Truthout
Printer friendly
The US Border Security Industry Could Be Worth $740 Billion by 2023 Published October 14, 2019 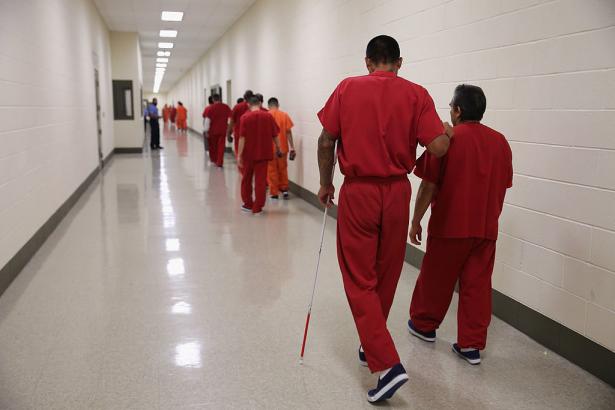 Over the course of a few days in early 2019, Selene Saavedra-Roman went from starting her dream job as a flight attendant to scrubbing toilets in a dreary Texas detention center.

“I knew not to argue or talk back — refusing to obey the guards’ commands would end up hurting us greatly,” she recalled in her testimony last week at a House Judiciary Committee hearing on immigrant detention. Saavedra-Roman, who was born in Peru and came to the U.S. 24 years ago at the age of 4, was in the process of applying for legal residency. But she was detained at the airport in Houston, Texas, after flying in from Mexico. Recalling the trauma of being locked up with other migrant women in desolate squalor, she testified, “If you volunteered for the work program [in the migrant jail], you would be compensated $1 an hour,” though it was understood that refusing to “volunteer” could jeopardize their immigration cases.

While Saavedra-Roman’s harrowing experience in the migrant jail came as a shock to her, the system she was trapped in had been building up from the time she first crossed the border as a child. Her unjust detention was the product of the Trump administration’s hardline deportation agenda. But the militarized border that had ensnared her was the product of a massive security infrastructure that has been building up for decades. Although Trump’s unabashedly anti-immigrant agenda has amplified the brutality of the border regime, he is merely capitalizing on a massive, entrenched network of corporate power and political influence.

An analysis of the “border-industrial complex” by the Transnational Institute shows that the budgets of Immigration and Customs Enforcement (ICE) and Customs and Border Protection (CBP) have exploded in recent years. The combined budgets of the agencies have more than doubled since the mid-2000s — and are now 60 times higher than the immigration enforcement system received in 1980. By one estimate, the border security industry will more than double in value from approximately $305 billion in 2011 to some $740 billion in 2023.

Much of the funding is plowed into public-private contract deals with large firms that furnish immigration agencies with everything from tear gas canisters to detainee health care. Altogether, the Transnational Institute found that three border-related agencies under the Department of Homeland Security (DHS), “ICE, CBP and Coast Guard, together issued more than 344,000 contracts for border and immigration control services worth $80.5 billion between 2006 and 2018” — about six times the entire 2018 foreign aid budget. By contrast, the Office for Refugee Resettlement, an agency under the Department of Health and Human Services that handles the care of unaccompanied migrant children, has suffered massive budget shortfalls in recent months.

By one estimate, the border security industry will more than double in value from approximately $305 billion in 2011 to some $740 billion in 2023.

Todd Miller, author of the Transnational Institute report, told Truthout that Trump’s anti-immigrant policies and his signature vow to “build the wall,” echo a long history of border crackdowns. In the mid-1990s, just as the Mexican economy was getting ravaged by the trade disruption caused by the North American Free Trade Agreement, the Clinton administration rolled out Operation Gatekeeper, an expansion of border enforcement that choked off major crossing points, drove migrants toward more dangerous routes through the desert and contributed to a subsequent influx of deaths of border crossers.

Another turning point came after 9/11, Miller added, when a surge in counterterrorism efforts led to “both a centralized border enforcement build-up, and a massive upsurge in corporate participation, [with] more contracts, more campaign contributions, more lobbying, more pressure to grow.”

The Business of Borders

The major border security contractors include military equipment firms such as Lockheed Martin and Northrop Grumman, and tech firms such as IBM, Amazon and Palantir, which help provide the digital backbone for ICE and CBP’s surveillance activities. The scope of corporate border militarization reaches far beyond the border itself, since enforcement activity can extend up to 100 miles inland. That leaves about 200 million people nationwide within striking distance of border authorities.

Meanwhile, migrant jails, euphemistically described as “detention centers,” have mushroomed across the country. The leading vendors for immigrant detention, CoreCivic and GEO Group, which run private prisons and ICE facilities, are guaranteed business under a federally designated “bed quota” for immigration detention. Many of these contractors have been exposed for their egregious human rights abuses and mismanagement scandals. Not only do they help train and equip Border Patrol officers, they are also associated with the dysfunctional management of prison-like detention facilities. Over the years, scandals have surfaced about abuses by ICE’s contracted health care programs (notorious for dysfunctional management, medical neglect and lately, disease outbreaks). Part of the “maintenance” of these facilities is subcontracted to detainees themselves, through institutionalized “voluntary” work programs like the one Saavedra-Roman experienced, which have routinely paid detainees as little as $1 per day for doing chores for the facility.

Despite their abysmal human rights records, security contractors invest heavily in burnishing their reputations on Capitol Hill to keep the spigot of federal dollars flowing. After Trump took office, industries tied to border enforcement significantly upped their spending on lobbying in Washington compared to the end of the Obama administration: For-profit prison companies and defense-electronics firms spent roughly $3.8 million and $24.4 million respectively on lobbying in fiscal year 2018 alone. The private prison industry also contributed a record amount to candidates in the 2016 and 2018 election cycles.

In early 2018, The Wall Street Journal quoted CoreCivic CEO Damon Hininger boasting that his company was experiencing “probably the most robust kind of sales environment we’ve seen in probably 10 years.” DHS did not respond to Truthout’s request for comment.

Pedro Rios, director of the U.S.-Mexico Border Program of the social justice group American Friends Service Committee, said pro-migrant advocacy groups were tremendously outgunned by the security industry lobby. “We go to D.C., and we make our case for increasing humanitarian efforts along the border and holding border agencies accountable, … yet, some of these corporations have lobbyists every single day of the year in D.C. And so how we can compete with that is just absolutely nonexistent,” he told Truthout.

An even more direct interface between officialdom and the border security industry is the massive “revolving door” between Washington and its contractors and consultancies. The circular flow of personnel leads many former officials to secure positions as lobbyists or “strategists” for companies that do business with federal agencies. From 2006 to 2019, the Transnational Institute report documents 177 individuals who have crossed between the Department of Homeland Security and related corporations. Former head of Homeland Security under George W. Bush, Michael Chertoff, went on to found a high-profile security consultancy, and in 2009, was entangled in a controversy over a brand of body scanners that he promoted publicly without disclosing his firm’s financial ties to the manufacturer.

Major border security contractors include military equipment firms such as Lockheed Martin and Northrop Grumman, and tech firms such as IBM, Amazon and Palantir.

DHS has in recent years also embedded itself with the higher education system. Homeland Security has seeded research facilities known as “Science & Technology Centers of Excellence” on several university campuses, outsourcing its research and development on drones, data analytics and other security technologies to prestigious academic institutes. The University of Houston’s Borders, Trade and Immigration Institute, for example, coordinates a research consortium with various partner institutions to work on projects such as developing biometric and facial recognition systems and tracking human smuggling patterns. The industry has simultaneously boosted its commercial profile at the annual Border Security Expo, where industry representatives network with government officials while hawking innovations in border guard gear, biometrics and surveillance technology.

Miller’s report highlights the global aspect to the border-industrial complex. The same types of technology deployed by U.S. immigration authorities are helping other governments incarcerate, segregate or oppress their own migrant populations. The Israel-based contractor Elbit Systems, for example, has obtained government contracts to provide surveillance towers at the border in Texas and Arizona. But the company’s specialty is building out Israel’s border and military infrastructures, including patrolling the border wall between Israel and Palestine and developing munitions and drones for the Israeli military.

The security firm G4S provides ICE with detainee transportation services, and also serves the Israeli government with police trainings and surveillance of local Palestinian populations. G4S immigrant detention centers in the United Kingdom, moreover, have been embroiled in several abuse scandals, including the death of a detainee as he was being deported by G4S guards, and physical and emotional abuse of teens at a youth detention facility.

Raytheon says that it has established its border security products in more than 24 countries across Europe, the Middle East, Southeast Asia and the Americas, and has trained 9,000 security personnel. The ties between border security and military contracting underscores how the state violence of warfare parallels the state violence of immigration restriction, as the refugees displaced by conflict end up getting thwarted and detained at foreign borders.

In recent years, some rights groups have sought to directly target the border security contractors through divestment campaigns, which pressure higher education institutions, municipal governments and unions to cut ties with corporations linked to immigration enforcement. The American Friends Service Committee has shed light on the issue with an extensive database listing contractors and financial institutions involved with immigration enforcement, prisons and military ventures, along with recommendations on which companies to divest from. Rios said that seeking accountability from the deportation industry requires “moving away from just calling out one single elected official — in this case, Trump — and pointing out how these corporations have been profiting from this type of relationship for a long time.”

Increasingly, activists are bringing their grievances not to the White House but to the corporations that execute Washington’s directives. Earlier this year, the reports of abuse of children held in detention camps led employees of the online retailer Wayfair to walk out to protest their company selling $200,000 worth of furniture to a large nonprofit organization that was contracted to house children and adults. The New York-based community group Freedom to Thrive has managed to persuade several cities, universities and union pension funds to withdraw their funding from the financial institutions that support detention and deportation, including Bank of America, Wells Fargo and JPMorgan Chase.

Daniel Carillo, executive director of Freedom to Thrive, described the divestment campaigns as a way to actively hold representatives accountable to the needs of communities, not corporations that are profiting from detention and deportation on a local and global scale. “The Trump administration plays a huge role in anti-immigrant policies alongside corporations,” Carillo told Truthout. “To address the problem, we must target both entities, a united front that addresses anti-Blackness, transphobia, xenophobia. We are working for the freedom of all migrants seeking safety.”

But to fully dismantle the corporate interests behind the border, Miller said, “DHS would have to be reformed to the degree that it no longer is what it is, or simply abolished and replaced with another sort of border department whose mission would be much more helpful to people in dire circumstances crossing borders.”

For now, whether or not Trump gets his wall, divestment will not fundamentally change the economic incentives driving border enforcement. The business of Homeland Security is as profitable for its contractors as it is painful for those ensnared in its grip.

Michelle Chen is a contributing editor at Dissent Magazine, and a contributing writer at The Nation, In These Times and Truthout. She is also a co-producer of the “Asia Pacific Forum” podcast and Dissent Magazine’s “Belabored” podcast, and teaches history at the City University of New York. Follow her on Twitter: @meeshellchen.