Make No Mistake: Medicare for All Would Cut Taxes for Most Americans

Not only would universal healthcare reduce taxes for most people, it would also lead to the biggest take-home pay raise in a generation for most workers 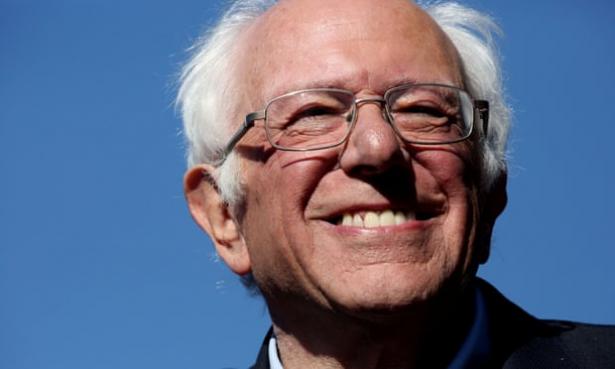 Supporters of Medicare for All are Right, Yana Paskova/Reuters

The debate about healthcare has been at the center of the Democratic primaries, yet it is hard to make sense of the conversation. For some, public universal health insurance – such as Bernie Sanders’s Medicare for All bill – would involve massive tax increases for the middle class. For others, it’s the opposite: Medicare for All would cut costs for most Americans. Who is right?

The starting point of any intelligent conversation about health in America must be that it’s a cost for all of us – and a massive one. The United States spends close to 20% of its national income on health. Elderly Americans and low-income families are covered by public insurance programs (Medicare and Medicaid, respectively), funded by tax dollars (payroll taxes and general government revenue). The rest of the population must obtain coverage by a private company, which they typically get via their employers. Insurance, in that case, is funded by non-tax payments: health insurance premiums.

Although they are not officially called taxes, insurance premiums paid by employers are just like taxes – but taxes paid to private insurers instead of paid to the government. Like payroll taxes, they reduce your wage. Like taxes, they are mandatory, or quasi-mandatory. Since the passage of the Affordable Care Act in 2010, it has become compulsory to be insured, and employers with more than 50 full-time workers are required to enroll their workers in a health insurance plan.

This argument, however, is wrong, because cheap healthcare does not exist. There are cheap meals, there are cheap clothes, but there is no cheap way to treat your heart attack, to cure your cancer, or to give birth. Cheap health insurance means no healthcare when you need it. All wealthy nations, even those that try hard to control costs, spend 10% of their national income on health – the equivalent of $7,500 a year per adult in the United States. The view that healthcare services are like haircuts or restaurant meals – services for which there is a product tailored to any budget – is a myth. Healthcare is like education: everybody needs it, regardless of their budget, but it’s expensive. That’s why all advanced economies, except the United States, fund it through taxation.

The main difference between the insurance premiums currently paid by American workers and the taxes paid by workers in other countries is that taxes are based on ability to pay. The income tax has a rate that rises with income. Payroll taxes are proportional to income, at least up to a limit. Insurance premiums, by contrast, are not based on ability to pay. They are a fixed amount per covered worker and only depend on age and the number of family members covered. Insurance premiums are the most regressive possible type of tax: a poll tax. The secretary pays the same amount as the executive.

Many people believe that the United States has a progressive tax system: you pay more, as a fraction of your income, as you earn more. In fact, if you allocate the total official tax take of the United States across the population, the US tax system looks like a giant flat tax that becomes regressive at the very top. And if you add mandatory private health insurance premiums to the official tax take, the US tax system turns out to be highly regressive. Once private health insurance is factored in, the average tax rate rises from a bit less than 30% at the bottom of the income distribution to reach close to 40% for the middle class, before collapsing to 23% for billionaires.

The health insurance poll tax hammers the working class and the middle class. At the bottom of the distribution, it’s not as onerous as sales and payroll taxes. But that’s because many low-income Americans rely on a family member to cover them, enroll into Medicaid, or go uninsured. For the middle-class, the burden is enormous. Take a secretary earning $50,000 a year, who has employer-sponsored health insurance at a total cost of $15,000. In reality her labor compensation is $65,000 (that’s what her employer pays in exchange of her work), but the secretary only gets $50,000. The executive earning $1,000,000 also pays the same $15,000 for his healthcare. This is a terrible funding mechanism.

Funding healthcare via insurance premiums would be acceptable if this private poll tax was small. When the system of private health insurance developed initially, the cost of employer-sponsored health insurance was moderate, the equivalent of 0.5% of national income in the 1950s. Today, however, it is huge: 6% of national income, almost as much as payroll Social Security taxes. The Affordable Care Act increased the pool of Americans eligible for Medicaid and subsidized the purchase of private insurance for low-income people not covered by their employer. But it provided no relief for workers who fund their healthcare through a huge and growing poll tax.

This situation is not sustainable. Most countries have understood this a long time ago. Health and retirement benefits started, like in the United States, as negotiated arrangements between employees (represented by their unions) and employers. But the task of funding health and retirement was then gradually entrusted to the government. Private premiums morphed into regular taxes, based on ability to pay. In the United States, this transformation has not happened yet for healthcare – leading to the crises we are in now.

This is the context needed to understand the current debate at the heart of the presidential elections. Proposals such as Medicare for All would replace the current privatized poll tax by taxes based on ability to pay. Some believe that it would result in a big tax increase for America’s middle class. But the data show that it would, in fact, lead to large income gains for the vast majority of workers.

Take again the case of a secretary earning $50,000 in wage and currently contributing $15,000 through her employer to an insurance company. With universal health insurance, her wage would rise to $65,000 – her full labor compensation. With an income tax of 6% – which, if applied to a base large enough, would be enough to fund universal health insurance – she would have to pay about $4,000 more in tax. But the net gain would be enormous: $11,000. Instead of taking home $50,000, the secretary would take home $61,000.

On TaxJusticeNow.org, any interested reader can simulate the effect of replacing private health insurance premiums by taxes – progressive income taxes, wealth taxes, consumption taxes, or broad taxes on consumption or all of national income. This simulator that we developed is open-source, user-friendly, and based on a systematic exploitation of all available statistics about who earns what and pays what in taxes and health insurance in America.

As one illustration, it’s possible to see how the tax plans of the leading Democratic primary candidates would affect tax rates for each group of the population. For instance, Bernie Sanders’s tax proposals would be enough to replace all existing private insurance premiums, while leaving 2.6% of national income to cover the uninsured and spend on other programs. Under such a plan, the 9 bottom deciles of the income distribution would gain income on average, as would the bottom of the top 10%. With smart new taxes—such as broad income taxes exempting low wages and retirees—it is possible to make the vast majority of the population win from a transition to universal health insurance.

Supporters of Medicare for All are right. Funding universal health insurance through taxes would lead to a large tax cut for the vast majority of workers. It would abolish the huge poll tax they currently shoulder, and the data show that for most workers, it would lead to the biggest take-home pay raise in a generation.

Emmanuel Saez and Gabriel Zucman are economics professors at the University of California, Berkeley, and the authors of The Triumph of Injustice: How the Rich Dodge Taxes and How to Make Them Pay, from which this essay is adapted.

As the climate crisis escalates...

... the Guardian will not stay quiet. This is our pledge: we will continue to give global heating, wildlife extinction and pollution the urgent attention and prominence they demand. The Guardian recognises the climate emergency as the defining issue of our times.

You’ve read 10 Guardian articles in the last month – made possible by our choice to keep Guardian journalism open to all. We do not have a paywall because we believe everyone deserves access to factual information, regardless of where they live or what they can afford.

Our independence means we are free to investigate and challenge inaction by those in power. We will inform our readers about threats to the environment based on scientific facts, not driven by commercial or political interests. And we have made several important changes to our style guide to ensure the language we use accurately reflects the environmental catastrophe.

The Guardian believes that the problems we face on the climate crisis are systemic and that fundamental societal change is needed. We will keep reporting on the efforts of individuals and communities around the world who are fearlessly taking a stand for future generations and the preservation of human life on earth. We want their stories to inspire hope. We will also report back on our own progress as an organisation, as we take important steps to address our impact on the environment.

We hope you will consider supporting the Guardian’s open, independent reporting today. Every contribution from our readers, however big or small, is so valuable. Support us from as little as $1 – and it only takes a minute. Thank you.