CHILE: ‘There Has Been a Citizen Awakening of Historical Proportions’

CIVICUS speaks about the protests in Chile with Soledad Fátima Muñoz, a Chilean activist and the founder of a mentoring programme and feminist festival, Current Symposium. 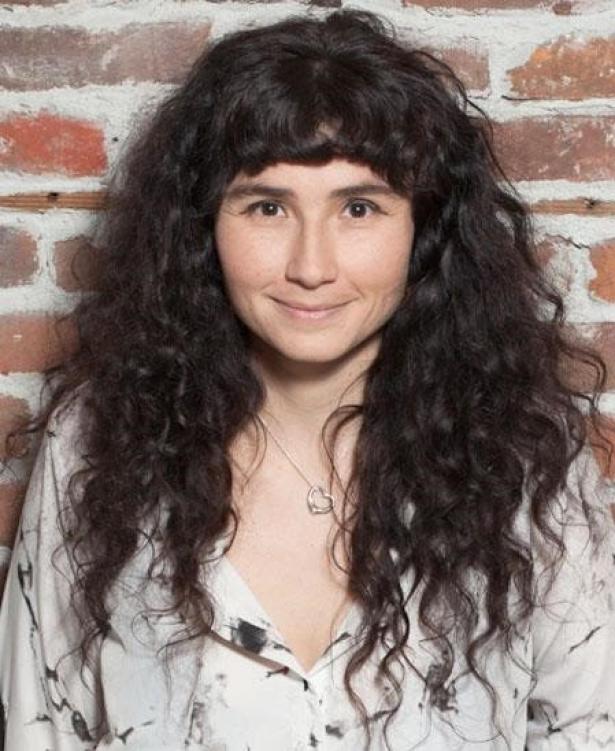 Soledad Fátima Muñoz, a Chilean activist and the founder of a mentoring programme and feminist festival, Current Symposium., Kati Jenson

Protests broke out in Chile in October 2019, initially led by students rejecting an increase in the price of transport and quickly escalating into mass demonstrations urging structural change. Protests were repressed with savagery by security forces.

How did something that started with a small increase in the price of the metro ticket become a mobilisation of unprecedented dimensions?

The first thing to clarify is that this was not caused just by an increase in the price of the metro ticket, nor is it an isolated protest. Mobilisations against the abuses derived from the neoliberal system have been a constant occurrence in Chile over the years. Among these were mass protests against the privatised pension system, against the Trans-Pacific Economic Cooperation Agreement and against the Fisheries Law, feminist protests and protests by the movement promoted under the slogan ‘Ni Una Menos’ (not one less), mobilisations about the historic debt owed to teachers, the student protests held in 2006 and 2011, and the more recent mobilisations by students against the so-called Safe Classroom Law. On top of this, there’s the outrage caused by systematic state repression of the Indigenous peoples in Wallmapu, the deaths of Camilo Catrillanca and Macarena Valdés, and the imprisonment of Machi Francisca Linconao and Lonko Alberto Curamil, among other political prisoners. Combined with a generation-long dissatisfaction with the impunity granted to those responsible for the tortures, disappearances and killings of thousands of people under the dictatorship led by Augusto Pinochet, this produced an environment conducive to a citizen awakening of historical proportions. After years of abuse, the Chilean people woke up and want a new constitution, since the current one was drafted under the dictatorship and was designed to promote social inequality.

The big difference between the current protests and all the previous ones is the response they triggered from the government of President Sebastián Piñera, who declared a state of emergency and a curfew, unleashing a police and military repression against the Chilean people that is only paralleled by the crimes perpetrated during the dictatorship.

The protests are not being centrally organised and are not guided by a single political motto; there are many independent initiatives calling for people to gather and demonstrate, through social media or through various independent information channels. Some of the most widespread demands call for a constituent assembly to write a new constitution. Frequently demanded are the nationalisation of basic services and natural resources, including copper, lithium and water. There are also demands for direct democracy and binding referendums, the prosecution of political and economic corruption, respect for Indigenous peoples and plurinational sovereignty, and for health, education and decent pensions. On top of these there are also more specific demands, such as raising the minimum monthly wage to 500,000 Chilean pesos (approx. US$650), reducing legislators’ salaries and raising taxes on the richest.

These were the reasons why the movement began, but in the face of excessive state repression, citizens are now also demanding the resignation and prosecution of President Piñera and all the people involved in the systematic violations of human rights that have taken place over the past month.

Twenty deaths have been reported during the repression of the protests, in addition to large numbers of people injured and under arrest. Could you describe the human rights violations committed against protesters?

It is difficult to estimate right now the human rights violations that are being committed by the Piñera administration, since – as was also the case under the dictatorship – thousands of detainees are being kept incommunicado. That is why, when people are taken away in the streets, they shout out their name, surname and identity card number. The latest official figures from the National Institute of Human Rights (INDH) account for 335 legal actions initiated, 489 victims represented, 6,199 people under arrest – 726 of them minors – and 2,365 injured people registered in hospitals. But it is difficult to confirm the veracity of these figures since the institutions that disseminate them may have been pressured by the government.

The INDH in particular partly lost its credibility when its director denied the existence of systematic human rights violations in our country on an open-air TV programme. That was simply a lie, since the institution itself had submitted complaints in the face of arbitrary actions by the police and the military. More than 200 cases of eye mutilations have happened as a result of the excessive use of pellets by the police, and there have been numerous cases of mistreatment, sexual violence and torture in detention centres. Additionally, there was an instance of repression at a school, Liceo 7 in Santiago, where a carabinero, a member of the military police, fired against students who were inside the building. There have also been raids on private homes and arrests made out of cars without police identification.

On top of repression by the security forces, there is a group of citizens who call themselves ‘yellow vests’ and say their mission is to maintain civic order and protect the work of the police, but in reality they are a violent far-right group. Among its members is John Cobin, who fired a firearm at a protester in broad daylight on the busy streets of the Reñaca resort. He belongs to the League of the South, a white supremacist organisation from California.

What immediate actions should the Chilean government take to safeguard civil rights and democratic freedoms?

A month into the protests, the government has not yet listened to its citizens, and instead has responded with increasing violence. In the early hours of 15 November, lawmakers reached a political agreement behind closed doors, named the ‘Peace Agreement’ which would lead to a new constitution. The agreement guarantees a ‘blank slate’ for free discussion to take place and establishes that the call for a constitutional convention is going to be done through a public referendum. But part of the mobilised citizenry is not satisfied with either the deadlines or the required quorum of two thirds established for decision-making by the constituent body, since they think it will redirect the current democratic process towards a system designed to protect the political class and prevent minority voices from gaining power.

I think what’s most important at this moment is the security of the citizenry and, above all, of the communities at greatest social risk, which are not only the most affected by the neoliberal system, but are also at the epicentre of the undiscerning violence applied by carabineros and the armed forces. An example of this happened in the community of Lo Hermida, in Peñalolén. After the authorities announced that they would not build the decent homes they had promised, inhabitants occupied the Cousiño-Macul vineyard. `Police repression was not long in coming, and in just one night 200 people were injured, two of them with severe eye trauma. In addition, carabineros broke in and threw pepper gas into homes with older people and minors inside.

It is time for the Piñera government to stop the repression, release the more than 6,000 protesters who are currently being held in detention centres, take responsibility for the consequences of its actions, and – for the first time in Chilean history since Pinochet – end impunity for the systematic human rights violations that have been committed. The Piñera government must respond before the law for the more than 20 people who have been killed and the 200 that experienced eye mutilations, plus the torture of minors and sexual abuses against women, men and non-binary people, since all of these were consequences of the lousy decisions made by the government, and would have been at least partly avoided if they had maintained a direct dialogue with the public since the beginning. In this regard, the slogan chanted on the streets is: "There is no peace without justice."

Do you think that the mobilisations in Chile are part of broader regional trends?

What is happening in Chile is structurally international, since it derives from the austerity measures perpetrated by neoliberalism. Chile’s current socio-economic system is rooted in European colonialism and was enshrined by Pinochet’s coup d'état in 1973. Specifically, it came from a group of students belonging to Chilean elites who studied in the USA in the mid-1950s, where they absorbed the ideology of extreme monetarism and neoliberalism, under the tutelage of Milton Friedman and Arnold Harberger. These students – nicknamed the ‘Chicago Boys’ – served as finance and economics ministers under the dictatorship and introduced extreme privatisation measures. These measures were accepted and naturalised by a citizenry that was in a state of shock and repression.

The consequences of this privatisation translate into abuses perpetrated by multinational corporations that are enabled by governments around the world. In Chile, a good example of this is the case uncovered by journalist Meera Karunananthan in an article published by The Guardian in 2017. The author explains that the Ontario Teachers' Pension Plan is the largest investor in Aguas del Valle, Essbio and Esval, which control 41 per cent of the water and sanitation system in Chile. This is possible because the constitution allows for the private ownership of water, which has left entire communities in a drought situation and unprotected by the law. However, in 2010 the United Nations’ General Assembly passed a resolution recognising access to water and sanitation as a human right. This means that in Chile human rights are violated not only through police repression but also through the maintenance of an unfair and abusive economic system.

The example cited above is just one within the great chain of international abuses perpetrated by corporations, including by the Canadian company Barrick Gold and the Norwegian state company Statkraft, which continue to abuse the policies of the Chilean subsidiary state and threaten our planet. That is why we must raise awareness at an international level so that the decisions of the Chilean people are respected and protection is provided to Indigenous peoples, without blockages or political interventions protecting foreign capital and perpetuating the destruction of our environment.

At this time, it is important to recognise and create international awareness about the abuses committed against the working class, Indigenous peoples, Afro-descendant communities and sexual minorities. I personally have learned a lot in the course of these mobilisations. One of the most subversive things that citizens are doing is rejecting the right/left binarism that has so severely affected Latin American societies and that has been used by neoliberal governments as an excuse to repress working people. The prevalence of citizen politics that do not identify with any dogmatic position on the right/left spectrum meant that the government could not identify an ideological enemy and ended up declaring war on its own people.

Mainstream national and international media are misrepresenting the facts and building a narrative against the mobilised population. But unlike what happened in the past, we are now equipped with phone cameras and can report directly. I invite people around the world to get informed through independent media and civil society channels to really know what is happening.

Civic space in Chile is classified as ‘narrowed’ by the CIVICUS Monitor.