Why the Media Is Ignoring the Afghanistan Papers

The documents are a bombshell. So why do so few news outlets care? 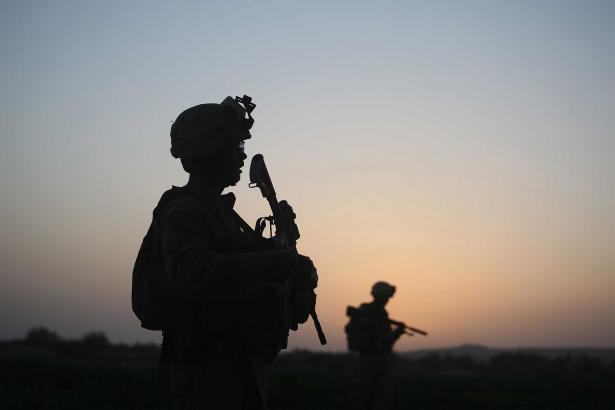 This week, The Washington Post published the Afghanistan Papers, an extensive review of thousands of pages of internal government documents relating to the war in Afghanistan. Like the Pentagon Papers, which showcased the lies underpinning the Vietnam War, the Post’s investigation shows that U.S. officials, across three presidential administrations, intentionally and systematically misled the American public for 18 years and counting. As Daniel Ellsberg, who leaked the Pentagon Papers in 1974, told CNN earlier this week, the Pentagon and Afghanistan Papers revealed the same dynamic: “The presidents and the generals had a pretty realistic view of what they were up against, which they did not want to admit to the American people.”

The documents are an indictment not only of one aspect of American foreign policy, but also of the U.S.’s entire policymaking apparatus. They reveal a bipartisan consensus to lie about what was actually happening in Afghanistan: chronic waste and chronic corruption, one ill-conceived development scheme after another, resulting in a near-unmitigated failure to bring peace and prosperity to the country. Both parties had reason to engage in the cover-up. For the Bush administration, Afghanistan was a key component in the war on terror. For the Obama administration, Afghanistan was the “good war” that stood in contrast to the nightmare in Iraq.

The Afghanistan Papers are, in other words, a bombshell. Yet the report has received scant attention from the broader press. Neither NBC nor ABC covered the investigation in their nightly broadcasts this week. In other outlets, it has been buried beneath breathless reporting on the latest developments in the impeachment saga, Joe Biden’s purported pledge to serve only one term, and world leaders’ pathological envy of a 16-year-old girl.

The relentless news cycle that characterizes Donald Trump’s America surely deserves some blame: This isn’t the first time that a consequential news story has been buried under an avalanche of other news stories. But one major reason that the Afghanistan Papers have received so comparatively little coverage is that everyone is to blame, which means no one has much of an interest in keeping the story alive. There are no hearings, few press gaggles.

George W. Bush started the Afghanistan War and botched it in plenty of ways, not least by starting another war in Iraq. But Barack Obama, despite his obvious skepticism of the war effort, exacerbated Bush’s mistakes by bowing to the Washington foreign policy blob and authorizing a pointless troop surge. Now, although both Democrats and Donald Trump seem to be on the same page about getting the U.S. out of Afghanistan, there has been little progress with peace talks. The pattern across administrations is that any movement toward resolution is usually met with a slow slide back into the status quo, a.k.a. quagmire.

The political press loves the idea of bipartisan cooperation, which plays into a notion of American greatness and its loss. It also thrives on partisan conflict, because conflict drives narrative. It doesn’t really know what to do with bipartisan failure.

Get The New Republic 5 Days a Week. Must-reads.

During the impeachment hearings, news outlets gleefully covered the conflict between Trump and members of the foreign policy establishment, holding up the latter as selfless bureaucrats working tirelessly and anonymously on behalf of the American interest, in contrast with the feckless and narcissistic head of the executive branch. The Afghanistan Papers don’t provide that kind of easy contrast; they demand a kind of holistic condemnation, in which Trump and those bureaucrats are part of the same problem.

The media also has a long-standing bias toward “new” news. The Afghanistan War has been a catastrophic failure for nearly two decades. Because little changes, there is little to report that will excite audiences. (Though the Afghanistan Papers are startling, they are hardly surprising.) Given that the president is the greatest supplier of “new” news in recent history—his Twitter feed alone powers MSNBC most days—more complex stories, like the situation in Afghanistan, are often buried in favor of the political equivalent of sports sideline reporting.

The result is that this massive controversy receives disproportionately little coverage. Despite wasting thousands of lives and hundreds of billions of dollars, everyone in the U.S. government gets off scot-free. The very people who have kept us in Afghanistan since 2001 remain empowered, thanks to a combination of cynicism and apathy. And as a result, the Afghanistan Papers have ended up working in favor of Trump’s Republican Party, which exists to channel voters’ contempt of elite lawmakers and the institutions they represent.

Alex Shephard is a staff writer at The New Republic. @alex_shephard