This documentary premiered at Sundance and shows the hard, exhausting work of fighting for civil and human rights under Trump. 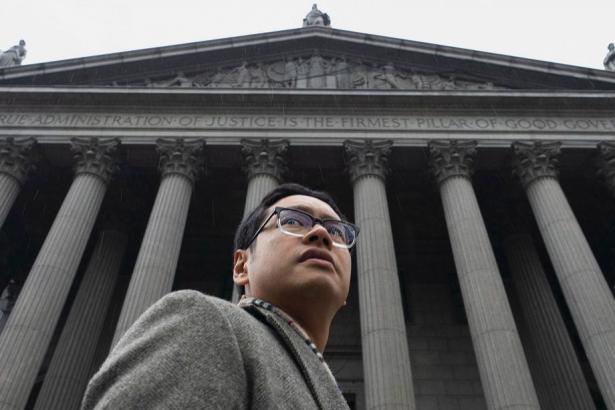 Dale Ho in The Fight, an official selection of the US Documentary Competition at the 2020 Sundance Film Festival. , Sabrina Lantos/Sundance Institute

Can you make an uplifting film about resisting the Trump administration?

The Fight — which debuted at the Sundance Film Festival almost three years to the day after Donald Trump’s inauguration — tries to do just that. Co-directed by Elyse Steinberg, Josh Kriegman, and Eli Despres (the team behind the acclaimed 2016 film Weiner), the documentary opens at the start of Trump’s time in office, as protesters at New York’s JFK airport denounce the newly executive-ordered travel ban for people from several Muslim-majority countries.

Quickly moving through news reports from the early days when courts blocked the ban (and subsequent iterations) and it seemed as if anything were possible in resisting it, The Fight then zeroes in on the more difficult long haul and the work that doesn’t always make the headlines. And it does so through the lens of one organization that’s been on the front lines: the American Civil Liberties Union (ACLU).

The movie follows five ACLU lawyers working on four different major issues. Brigitte Amiri is representing a minor who’s in custody of the Office of Refugee Resettlement, and who’s being blocked from having an abortion. Lee Gelernt is fighting family separation at the border and working on other immigration issues. Joshua Block and Chase Strangio are building a case against the transgender military ban. And Dale Ho is challenging matters related to voters’ rights, including the proposed inclusion of a question about citizenship on the 2020 census.

The Fight moves back and forth between the lawyers as they watch the news, interact with colleagues, talk to clients, spend time with their families, and, eventually, prepare and deliver arguments in court, with varying degrees of success. Occasionally the film gets a bit hectic and hard to follow, though that seems unavoidable, and accurately evokes the atmosphere at the ACLU as important cases continue to require attention.

And it’s both interesting and sometimes a little dull, which seems to be by design. Writing briefs and spending long hours on the phone and trying to determine the best way to make an argument is the real work of litigating, even though Hollywood’s movies about lawyers often gloss over the more mundane aspects of the job. The Fight makes clear how difficult it is and spotlights the toll it takes on those who do it, in myriad ways — from limited family time to the emotional challenge of facing stories of people stripped of their rights and worse every day.

Which means that the most compelling parts of The Fight come in moments the film captures that you could never script into a film. Gelernt, trying to answer two phones at once while dealing with family separation, briefly finds himself stymied by the simple task of plugging in his phone charger; you can see the effects of stress overload all over his face. Other moments — celebrating a small victory with “train wine” and a little dance; struggling through panic to interpret a newly handed-down court ruling; reading hate mail aloud to the camera — make the work seem more human, and the lawyers less like infallible heroes and more like ordinary people on a mission.

The Fight is fully on the side of the ACLU; the film is a portrait of an organization with a point of view, not a work of journalism. But it does spend a little bit of time exploring how the organization has historically defended the civil rights of people with whom its attorneys disagree on a fundamental, ideological level, from Nazis to Westboro Baptist Church protestors to self-styled provocateur Milo Yiannopoulos. The film also digs into internal disagreements over whether the ACLU should have defended white nationalists’ right to free speech before the “Unite the Right” rally in Charlottesville in 2017, especially since the rally resulted in the death of counterprotester Heather Heyer.

Ultimately the goal of The Fight isn’t to critique the ACLU or trace its history; it’s to show that the organization’s work, and the work of countless others who litigate on behalf of civil and human rights, is never open-and-shut. It’s an uphill battle, one worth fighting but without any guarantee of winning. Still, people do it — and The Fight shows why.

The Fight opened at the Sundance Film Festival on January 24, 2020. It is awaiting distribution.