A modern manifesto to expand the non‑capitalist space bit by bit. 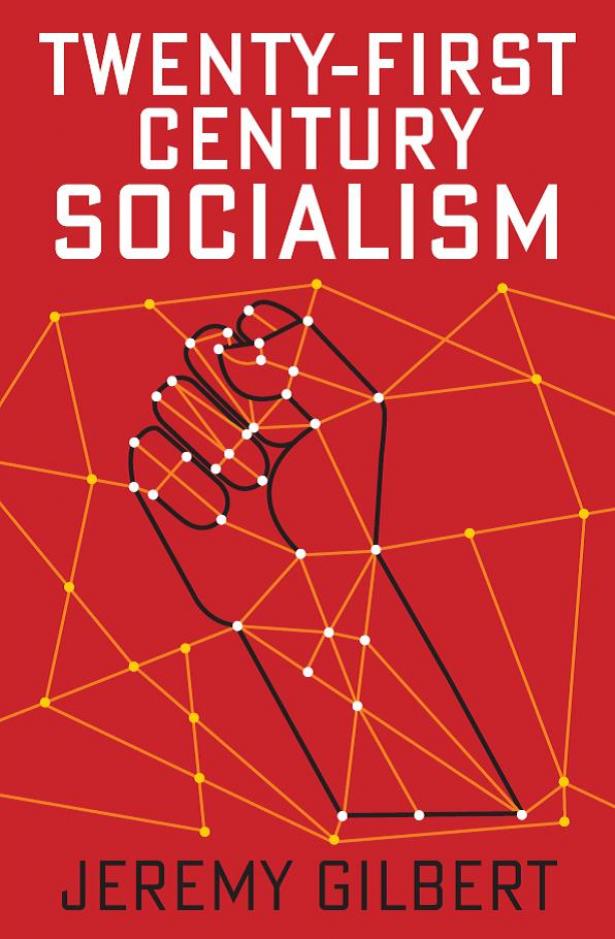 Early 2020 is either a very good or a very bad time to publish a book about why socialism is the answer to the world’s problems. Bad for reasons that, if you’re British, don’t need rehearsing; good because with every awful news cycle capitalism looks less and less able to provide most people with a decent, sustainable life. Also, as even arch-capitalist publications such as the Economist acknowledge, there has been a recent upsurge of fresh thinking on the left, particularly in Britain and the US. The problem for socialists is not a lack of exciting ideas, such as the green new deal, but how to persuade voters that they are relevant and practical.

Gilbert’s daringly short book is an attempt to rectify that. In half a dozen quick chapters, with lightly sketched examples and a minimum of jargon, it covers three huge topics: how capitalism came into being, and what’s wrong with it; how socialism developed during the 19th and 20th centuries as an alternative way of organising society; and how an updated, contemporary version could be drawn together, successfully presented during and between elections, and then put into practice.

For Gilbert, socialism is a project for collaborating citizens as much as political parties and governments. It should be about freedom as much as equality. And it doesn’t necessarily require a “total transformation” of society. “Sometimes it can simply mean creating, defending, or building up institutions that are not organised along capitalist lines,” he writes, such as “cooperatively owned social media platforms [or] the National Health Service”.

All these views mark Gilbert, who teaches at the University of East London and is influential online, as a member of the relatively new leftwing intellectual milieu that provided many of the ideas for Corbynism, and may do so for his successor, too – not least because of the lack of ideas in the rest of the Labour party. Like his fellow thinkers, Gilbert is intensely interested in the modern world: in the need for the left to adapt to digital technology and social diversity. He reveres some of the achievements of postwar socialism, such as the NHS. But he is also critical of “centralised socialist regimes”, whether paternalistic such as postwar Britain, or authoritarian such as the Soviet Union. Despite the red fist on the cover – too many books about the left have predictable jackets – the socialism Gilbert wants is democratic and consensual, not confrontational and macho.

Achieving it is not as immense a task, he argues, as commonly imagined. Unlike many leftwing theorists since the 70s, the decade when the right’s modern ascendancy began, he does not see capitalism as an all-enveloping system. In everyday life, he points out, “there are all kinds of things going on ... that are not capitalism, from teaching in [state] schools ... to interaction between friends”. And capitalism itself contains collaborative, even potentially socialist impulses: “people actually have to cooperate on a vast scale” to create and distribute many consumer products.

The writing here is conversational, accessible. Yet the points being made feel heretical, so used have most people become to seeing capitalism, for all its failings, as essentially impregnable. Gilbert also usefully reminds us that, for much of the 20th century, governments across the world regularly turned things that had been commodities, such as education and health, into public goods that were effectively outside the market. Since the 80s, capitalism’s many political allies have worked tirelessly and often successfully to take these goods back under the market’s control, through privatisation. But there are now signs of that process going into reverse, with even the Conservatives being forced to renationalise failing rail companies.

Gilbert argues that the left’s task is to expand the collaborative, noncapitalist space bit by bit. A local council could award contracts to cooperatives rather than multinationals, as already happens in a few radical municipalities such as Preston. Or a national coalition of support for socialism could be gradually assembled, among the ever‑widening range of people capitalism fails – as began to happen during the best phases of Jeremy Corbyn’s leadership.

Occasionally, Gilbert’s expansive, often optimistic argument becomes too broad-brush. “Humans have only ever survived and prospered in cooperation,” he writes. It’s a welcome challenge to the notion that the competitive individualism that pervades modern life is natural and eternal. But many historians would say that individualism and cooperation have a more complicated, more mutually dependent, relationship.

Gilbert’s definition of socialism as “cooperation” and capitalism as profit-seeking at all costs may also be too vague and too narrow, respectively, for some readers. And his call for socialism to be a bottom-up process, while inspiring, and fitting the times, does make you wonder whether that would favour the parts of fragmented, unequal countries like Britain which have the most energy and confidence.

Yet this book is meant to get you thinking, not give conclusive answers. Its footnotes generously direct you to a whole world of recent and classic leftwing volumes. And Gilbert ends on a hopeful note for despondent lefties. When socialism makes progress, he writes, it’s not just “who is in government that matters; it’s the overall balance of forces in society”. That balance rarely stays the same for long.

Andy Beckett is a Guardian columnist and author of Promised You a Miracle: Why 1980-82 Made Modern Britain and Pinochet in Piccadilly: Britain and Chile's Hidden History.