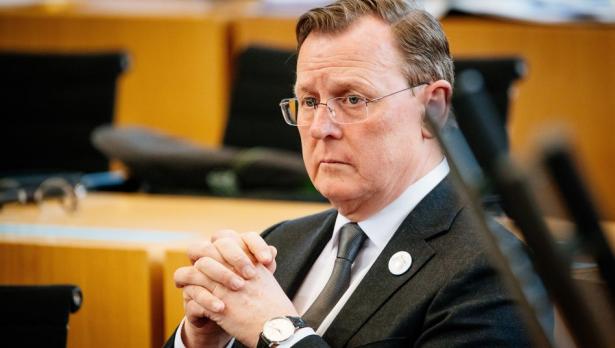 It’s in the works. The leaders of Germany’s Social Democrats and the Left Party will meet officially: two women and two men who want to explore whether they can work together. The question could be decisive for the future of the country.

Sure, conversations between representatives of different parties are not uncommon. In the past, Die Linke leaders Katja Kipping and Bernd Riexinger spoke with Sigmar Gabriel, and later with Andrea Nahles. Never before, however, have the Social Democrats been led by people with whom the Lefts' leaders have so much in common. Norbert Walter-Borjans and Saskia Esken were the favorites of the left wingers in the SPD when the membership chose them last December.

The two parties, together with the Greens, are again close to a majority at the federal level. The chaos in the state of Thuringia is to blame. Unexpectedly, the red-red-green model project was stopped suddenly (for the time being) by the election of the conservative Free Democrats man Thomas Kemmerich as state Prime Minister.

But Kemmerich's questionable “anything goes” approach to the extreme right Thuringian AfD (Alliance for Germany) has triggered a wave of [antifascist] solidarity - especially from the left - across Germany. In Thuringia, Die Linke elected an extremely popular head of government Bodo Ramelow, in 2014. Since the Erfurt scandal, the comrades have climbed steeply in the polls. In Thuringia, they now stand at 39 percent, more than any other state party in the republic. If there were elections now, it would even be enough for a coalition government with the SPD in the state capital.

And Die Linke also benefits in the federal government. For a long time, the quarreling party had barely gotten beyond 8 percent. They are now in double-digits in some polls. There have also been hundreds of new party memberships in the past few days, according to the party’s central office.

The tumbling Social Democrats also hope to capitalize on the Christian Democrats/FDP disaster in Thuringia. They are at least stabilizing in surveys of the federal government. And the Greens are already the biggest winners of the allied conservatives’ woes.

Is it the hour for a center-left alliance? Kipping tells SPIEGEL that such an alliance can happen only if they can "be sure that there is no pact with the AfD".

SPD leader Walter Borjans sees it similarly. "Five years of red-red-green with Bodo Ramelow have shown how successful such an alliance can be," he says. "People expect the democratic parties to clearly differentiate themselves from right-wing extremists."

All of this is also a question of leadership. It is well known that the two new SPD leaders still have an authority problem in their party. Some consider Kipping and Riexinger down for the count. In the summer, Die Linke elects a new board. It is questionable whether the previous leaders want to continue - and whether they would have a chance.

But the warming up between the parties are now running at completely different levels, especially between the SPD and the left - and not only in the classic red-red-green discussion groups that have existed for years.

At the end of February, an anthology will be published. The title: "Pension and Respect - The Red-Red Book for Aging". Among the authors are Sahra Wagenknecht, once Die Linke's leading opposition figure in government, and ex-SPD candidate for Chancellor Martin Schulz. The editors are the SPD politician Christian Petry and Diether Dehm, once a Social Democrat himself, but for years one of the central and most controversial figures on the left wing of the Left Party.

A joint pension conference was planned for 2019, it is said - with the blessing of the respective parliamentary leaders. There have already been several attempts, halls have been booked, first in Hanover, later in Berlin. The event was postponed again and again, most recently allegedly out of consideration for the conflicts in the SPD at the end of last year.

"Arguing on a democratic basis"

The conference was an attempt to publicly prepare future collaboration on individual topics. But there are also clear calls for a concrete build-up of political power - especially by Die Linke. Party leader Kipping calls for this in "New Left Majorities," to be published soon. Parliamentary Managing Director Jan Korte spoke in January of a necessary "alliance perspective".

Apart from the excluded AfD, Die Linke is the party with the least power options. Only with the SPD and the Greens can they hope for government participation. They need the prospect of a coalition to justify their own relevance.

The Social Democrats, in past months, seem to have increasingly moved from their skepticism towards the Lefts. There are serious differences with Die Linke as well as with the Greens, Walter-Borjans told SPIEGEL. But one argues on a "democratic basis". With the Greens he sometimes finds a lack of "respect for the weaker in society," said the SPD leader, while the Left Party lacks "the understanding that Germany needs a competitive industry with a strong medium-sized economy". For the SPD, the prerequisite for cooperation would be "that economy, ecology and social responsibility are seen together".

It depends on the Greens

However, all these considerations are of little use if another party ultimately does not take part: the Greens. The party would be the strongest force in a center-left coalition, and it could presumably choose its partners.

It is no secret, however, that the Greens would now prefer to coalition with the Conservatives rather than with a grounded SPD and a Linke, still deeply divided on key political issues and regarded as unreliable, especially in foreign policy. But if the Greens were the strongest force in a coalition with the SPD and the Lefts, they would not likely pass up the opportunity - after all, they would then face the Chancellor.

Ultimately, Thuringia could also substantially change the debates among the Greens. In the party there is growing concern about a shift to the right in the CDU. If the AfD firewall crumbles further, it will become increasingly difficult for the Greens to justify and enter into a coalition with the CDU and FDP - especially if other options were possible.

Some Green politicians are already thinking out loud about this. The green social policymaker Sven Lehmann said a few days ago: "Maybe after 15 years in the government the CDU would do a round in the opposition. It could then close its open flank to the right" [eliminating AfD - Portside note].

What's next? Difficult to say, because there are almost daily surprises in the Thuringian state parliament. But since the attempt to form a transitional government under the former CDU Prime Minister Christine Lieberknecht failed on Wednesday morning, there are only two options left: new elections or a red-red-green minority government that comes into office with the help of the CDU. Since the CDU absolutely wants to prevent new elections, but these cannot be achieved without their votes, there is actually only the second option. To do this, however, four members of the CDU would have to vote in a new prime minister election for Die Linke's Bodo Ramelow, which is actually prohibited by a decision by the Federal Party - which is why the CDU has so far ruled this out. But on that fateful February 5, when FDP man Thomas Kemmerich was finally elected with the votes of the CDU, FDP and AfD, Ramelow had initially received two more votes than Red-Red-Green.

On Wednesday afternoon, a small round of negotiations between the Red-Red-Green and the CDU came together again, and it still met at the time of going to press. In any case, decisions will only be made on Friday when the big round comes together again. (Resigned CDU state chief) Mike Mohring, who, however, is on call and is not involved in the negotiations himself, said the CDU wanted to make a new proposal there. He did not say what this was. But he emphasized that Lieberknecht's analysis was wise and that it correctly summarized the options that now remain. Lieberknecht had said: "If you don't want new elections, you have to help Bodo Ramelow to get a majority in the state parliament." Ramelow is still willing to stand for another prime minister election - if there is a majority in the state parliament without AfD votes.

Protests have broken out across the country in solidarity with Wet’suwet’en land defenders whose sovereign land in northern British Columbia was raided by Canadian police. Youth and others are standing in solidarity at various legislatures, preventing access and occupying ministers' offices, and shutting down ports, bridges, and highways.

Members of the South African Students' Congress (Sasco), the DA Students' Organisation (Daso) and the EFF said Monday's protests aimed to help destitute students get off the streets and into classes.

Demonstrators daubed the words “femicide state” in blood red on Mexico’s presidential palace before marching in heavy rain to the offices of newspaper La Prensa to protest against the recent publication of a gruesome image of a murder victim. The demonstration, led by women, was sparked by the killing of 25-year-old Ingrid Escamilla in Mexico City.