US Manufacturing Is in Trouble

Talk of a manufacturing renaissance is nonsense.  And there is no reason, based on Trump administration’s economic policies, to expect one. 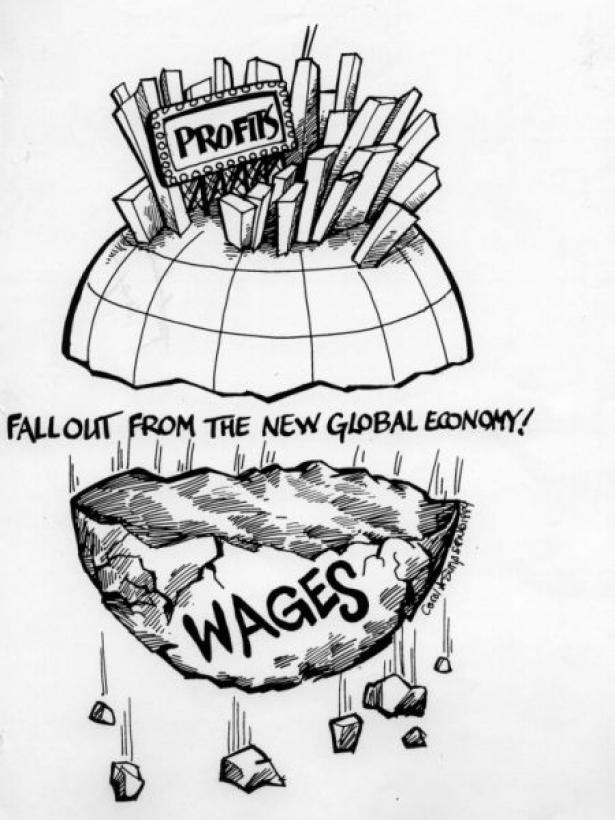 President Trump is all in, touting his success in rebuilding US manufacturing.  For example, in his state of the union address he claimed:

Apparently, it is a family achievement.  Joe Ragazzo, writing at TPM Café, reports that:

In a towering act of sycophantry, the National Association of Manufacturers announced Friday that it will be giving Ivanka Trump the organization’s first ever Alexander Hamilton Award for “extraordinary support of manufacturing in America.” The organization made the outrageous claim that “no one”  — no one! — has ever “provided singular leadership and shown an unwavering commitment to modern manufacturing in America” like she has.

Unfortunately, US manufacturing is far from healthy.

The manufacturing sector’s woes in 2019 are on display in the following figure. 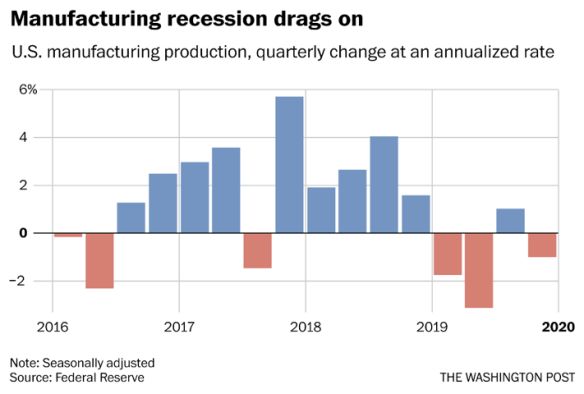 Manufacturing productivity is at a standstill.  The following figure shows manufacturing output per worker hour, indexed to 2012.  As we can see, it was largely unchanged from 2010 to 2014.  Since then it has trended downward.

The employment story is even worse.  As the next figure shows, manufacturing employment, in millions of jobs, took a nose dive beginning in the late 1990s and has yet to make a meaningful recovery. 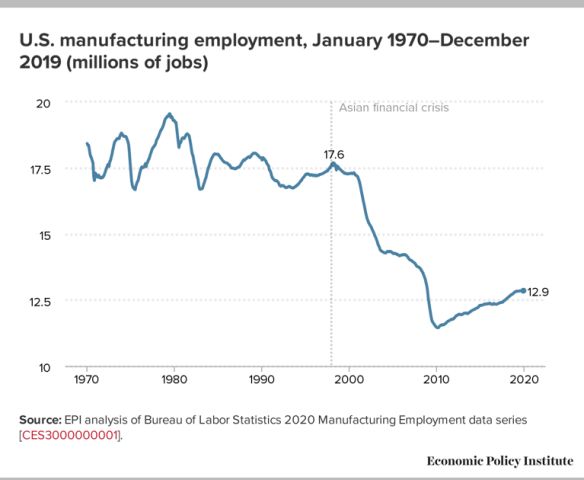 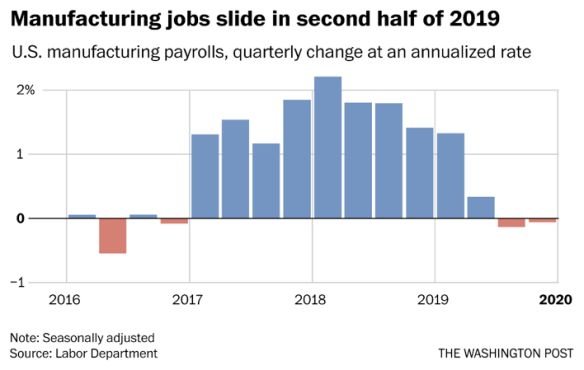 Equally alarming, the average hourly earnings of production workers employed in manufacturing has now fallen below the average hourly earnings of private sector production and nonsupervisory workers.  Thus, even if US policy were to succeed in bringing back or spurring the creation of new manufacturing jobs, they likely won’t be the living wage jobs of the past.

As the Monthly Labor Review explains:

Although manufacturing industries had a reputation for stable, well-paying jobs for much of the 20th century, shifts within the industry in the last several decades have considerably altered that picture. Since 1990, average hourly earnings trends in the various manufacturing industries have been disparate, with a few industries showing strong growth but many others showing growth rates that are lower than those of the total private sector. In fact, average hourly earnings of production and nonsupervisory workers in the total private sector have recently surpassed those of their counterparts in the relatively high-paying durable goods portion of manufacturing. 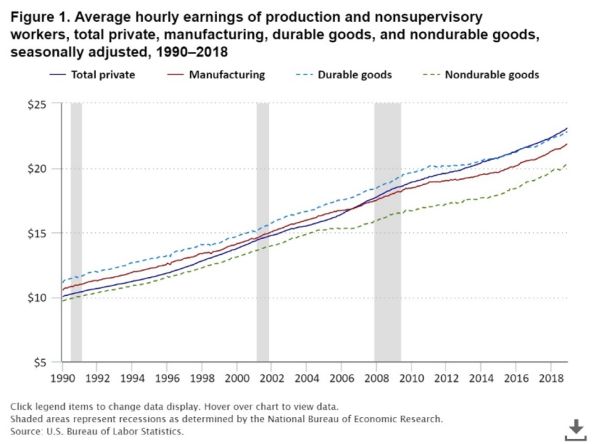 Workers in the auto industry have especially taken a big hit. 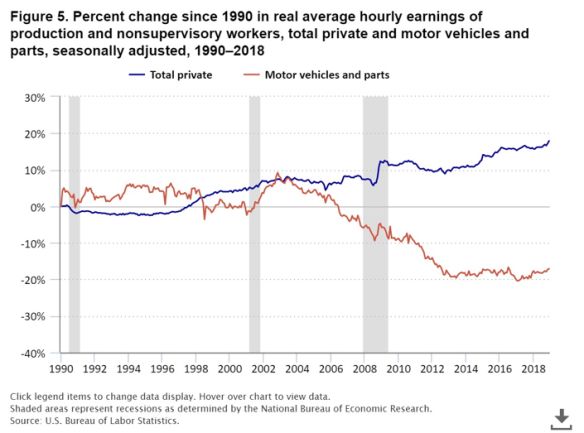 The overall trade deficit, which reflects the combined balances on trade in goods and services, slightly improved in 2019—falling by 1.7 percent or $10.9 billion.  So did the deficit in the trade of goods, falling by 2.4 percent or $21.4 billion. However, those improvements were mostly driven by the rapid growth in US exports of petroleum products.  The trade deficit in non-oil goods, mostly manufactures, actually increased by 1.8 percent in 2019, as can be seen in the following figure. 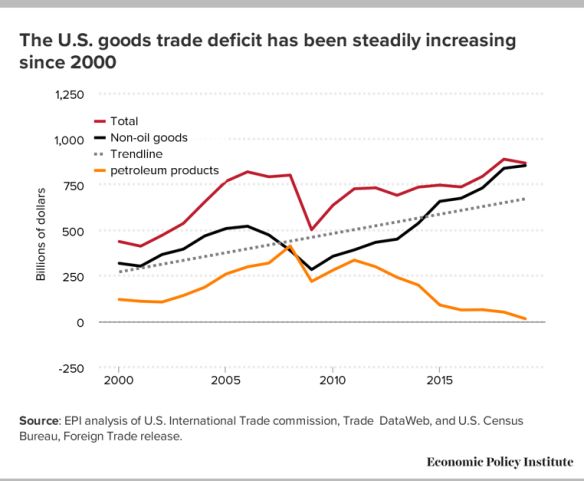 As we can see, talk of a manufacturing renaissance is nonsense.  And there is no reason, based on Trump administration’s economic policies, to expect one.

Martin Hart-Landsberg is Professor Emeritus of Economics at Lewis and Clark College, Portland, Oregon and Adjunct Researcher at the Institute for Social Sciences, Gyeongsang National University, South Korea.  He is a member of the Board of Directors of the Korea Policy Institute and the steering committee of the Alliance of Scholars Concerned About Korea. He is also a member of the Executive Board of Portland Jobs With Justice and the organizing committee of the Workers’ Rights Board (Portland, Oregon).