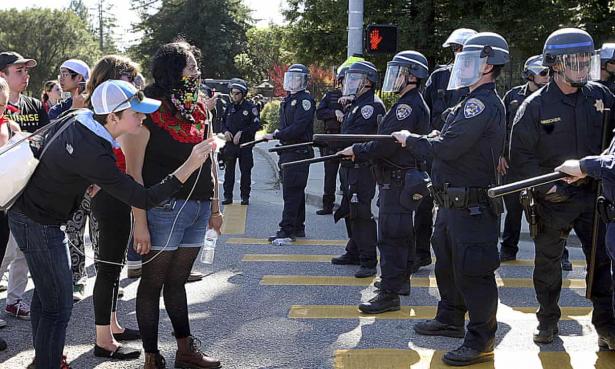 The University of California, Santa Cruz, issued termination letters on Friday to 54 graduate students who have been waging a months-long strike for a cost-of-living-adjustment amid soaring rents.

The 54 UC Santa Cruz graduate students who received termination letters on Friday are just a fraction of the 233 graduate student instructors and teaching assistants who have refused to submit nearly 12,000 grades from the fall quarter since December.

The students are striking for a $1,412-a-month cost-of-living adjustment, which they say they desperately need amid a growing housing crisis in California. Most students are spending between 5o% and 70% of their $2,434-a-month salary on rent, some forced to live in substandard apartments with many roommates in order to stretch their dollars.

Veronica Hamilton, a third-year graduate student studying psychology, is the union representative on campus and was copied on the termination letters that were emailed out on Friday. “The first person who was sent a letter is a single mother who spends almost all her income on rent on subsidized family student housing,” Hamilton said.

“It’s horrible,” she continued. “We got to this point because they’re digging their heels in the ground. We’re in a crisis and they don’t even want to have a conversation on how to address these issues.”

The graduate students are represented by United Auto Workers Local 2865, which negotiated a contract in 2018 that included a no-strike clause: meaning the current strike, known as a “wildcat strike”, has been taken without the union’s approval.

The administration has cited this as a reason for not negotiating with the graduate students but, in response to the strike, offered two supplemental programs that will cost about $7m a year – one that will offer a yearly $2,500 need-based housing fellowship and another that offers doctoral students a five-year funding program – as well as two temporary housing assistance programs.

The strikers say these programs would not be enough. Hamilton, for example, pays $1,800 a month to live 40 minutes away from campus in a small cabin she shares with her husband, who lost his job four months ago – $2,500 barely covers a month’s rent, she said.

“The university is sympathetic to such challenges, particularly housing, and the related impacts on all our employees,” said Andrew Gordon, a spokesman for Janet Napolitano, the University of California president, in a statement.

However, the university has honored the contract it entered into with the union, “and we expect teaching assistants to do the same”, he said.

“Teaching assistants who choose to withhold grades or refuse to teach are in violation of that contract,” Gordon said, adding that such actions “unfairly impact undergraduate students while doing nothing to further the conversation on how to address the challenges of the rising cost of living, with which all students and employees across UC must contend”.

The strikers had expected more students to receive termination letters, and earlier – the executive vice-chancellor of UC Santa Cruz had set a deadline for last week.

“I think people were ready to be fired, but still surprised,” said Jane Komori, a third-year graduate student studying the history of consciousness. “It’s such a destructive action for the administration to take … Hundreds and hundreds of undergraduates won’t be able to take certain classes.

Nearly 500 graduate students have said they won’t teach next quarter because of the firings, Hamilton said. Now with the strike spreading to other UC campuses, they are more ready than ever to keep on the picket line.