Class: The Little Word the Elites Want You to Forget

Race, gender, religion, abortion, immigration, gun control, culture and patriotism are issues used to divide the public. The culture wars give the oligarchs, both Democrats and Republicans, the cover to continue the pillage. 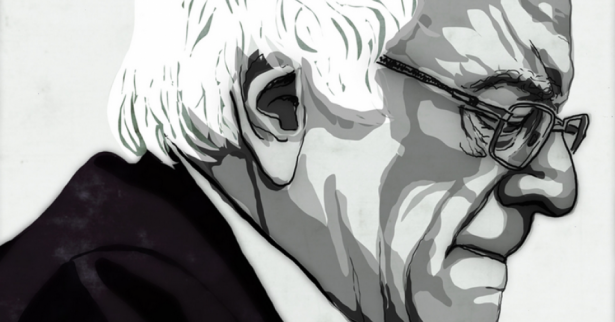 Open, nonviolent revolt against the oligarchic state is our only hope.,Mr. Fish/Truthdig

Aristotle, Niccolò Machiavelli, Alexis de Tocqueville, Adam Smith and Karl Marx grounded their philosophies in the understanding that there is a natural antagonism between the rich and the rest of us. The interests of the rich are not our interests. The truths of the rich are not our truths. The lives of the rich are not our lives. Great wealth not only breeds contempt for those who do not have it but it empowers oligarchs to pay armies of lawyers, publicists, politicians, judges, academics and journalists to censure and control public debate and stifle dissent. Neoliberalism, deindustrialization, the destruction of labor unions, slashing and even eliminating the taxes of the rich and corporations, free trade, globalization, the surveillance state, endless war and austerity—the ideologies or tools used by the oligarchs to further their own interests — are presented to the public as natural law, the mechanisms for social and economic progress, even as the oligarchs dynamite the foundations of a liberal democracy and exacerbate a climate crisis that threatens to extinguish human life.

The United States stood on the cusp of revolution—a fact President Franklin Roosevelt acknowledged in his private correspondence — amid the breakdown of capitalism in the 1930s. Roosevelt responded by aggressively curbing the power of the oligarchs. The federal government dealt with massive unemployment by creating 12 million jobs through the Works Progress Administration (WPA), making the government the largest employer in the country. It legalized unions, many of which had been outlawed, and through the National Labor Relations Act empowered organizing. It approved banking regulations, including the Emergency Banking Act, the Banking Act and the Securities Act, all in 1933, to prevent another stock market crash. The Federal Emergency Relief Administration provided the equivalent in today’s money of $9.88 billion for relief operations in cities and states. The Democratic president heavily taxed the rich and corporations. (The Republican administration of Dwight Eisenhower in the 1950s was still taxing the highest earners at 91%.) Roosevelt’s administration instituted programs such as Social Security and a public pension program. It provided financial assistance to tenant farmers and migrant workers. It funded arts and culture. It created the United States Housing Authority and instituted the Fair Labor Standards Act of 1938, which established the minimum wage and set a limit on mandatory work hours. This heavy government intervention lifted the country out of the Great Depression. It also made Roosevelt, who was elected to an unprecedented fourth term, and the Democratic Party wildly popular among working and middle-class families. The Democratic Party, should it resurrect such policies, would win every election in a landslide.

But the New Deal was the bête noire of the oligarchs. They began to undo Roosevelt’s New Deal even before World War II broke out at the end of 1941. They gradually dismantled the regulations and programs that had not only saved capitalism but arguably democracy itself. We now live in an oligarchic state. The oligarchs control politics, the economy, culture, education and the press. Donald Trump may be a narcissist and a con artist, but he savages the oligarchic elite in his long-winded speeches to the delight of his crowds. He, like Bernie Sanders, speaks about the forbidden topic — class. But Trump, though an embarrassment to the oligarchs, does not, like Sanders, pose a genuine threat to them. Trump will, like all demagogues, incite violence against the vulnerable, widen the cultural and social divides and consolidate tyranny, but he will leave the rich alone. It is Sanders whom the oligarchs fear and hate.

The Democratic Party elites will use any mechanism, no matter how nefarious and undemocratic, to prevent Sanders from obtaining the nomination. The New York Times interviewed 93 of the more than 700 superdelegates, appointed by the party and permitted to vote in the second round if no candidate receives the required 1,991 delegates to win in the first round. Most of those interviewed said they would seek to prevent Sanders from being the nominee if he did not have a majority of delegates in the first count, even if it required drafting someone who did not run in the primaries — Sen. Sherrod Brown of Ohio was mentioned — and even if it led to Sanders’ supporters abandoning the party in disgust. If Sanders fails to obtain 1,991 delegates before the convention, which appears likely, it seems nearly certain he will be blocked by the party from becoming the Democratic candidate. The damage done to the Democratic Party, if this happens, will be catastrophic. It will also all but ensure that Trump wins a second term.

As I wrote in my Feb. 17 column, “The New Rules of the Games,” “Sanders’ democratic socialism is essentially that of a New Deal Democrat. His political views would be part of the mainstream in France or Germany, where democratic socialism is an accepted part of the political landscape and is routinely challenged as too accommodationist by communists and radical socialists. Sanders calls for an end to our foreign wars, a reduction of the military budget, for ‘Medicare for All,’ abolishing the death penalty, eliminating mandatory minimum sentences and private prisons, a return of Glass-Steagall, raising taxes on the wealthy, increasing the minimum wage to $15 an hour, canceling student debt, eliminating the Electoral College, banning fracking and breaking up agribusinesses. This does not qualify as a revolutionary agenda.”

“Sanders, unlike many more radical socialists, does not propose nationalizing the banks and the fossil fuel and arms industries,” I continued. “He does not call for the criminal prosecution of the financial elites who trashed the global economy or the politicians and generals who lied to launch preemptive wars, defined under international law as criminal wars of aggression, which have devastated much of the Middle East, resulted in hundreds of thousands of dead and millions of refugees and displaced people, and cost the nation between $5 trillion and $7 trillion. He does not call for worker ownership of factories and businesses. He does not promise to halt the government’s wholesale surveillance of the public. He does not intend to punish corporations that have moved manufacturing overseas. Most importantly, he believes, as I do not, that the political system, including the Democratic Party, can be reformed from within. He does not support sustained mass civil disobedience to bring the system down, the only hope we have of halting the climate emergency that threatens to doom the human race. On the political spectrum, he is, at best, an enlightened moderate.”

The Democratic Party leaders are acutely aware that in a functioning democracy, one where the rich do not buy elections and send lobbyists to Washington and state capitals to write laws and legislation, one where the danger of oligarchic rule is understood and part of the national debate, they would be out of a job.

The leaders of the Democratic Party—the Clintons, Nancy Pelosi, Chuck Schumer, Tom Perez—would rather implode the party and the democratic state than surrender their positions of privilege. The Democratic Party is not a bulwark against despotism. It is the guarantor of despotism. It is a full partner in the class project. Its lies, deceit, betrayal of working men and women and empowering of corporate pillage made a demagogue like Trump possible. Any threat to the class project, even the tepid one that would be offered by Sanders as the party’s nominee, will see the Democratic elites unite with the Republicans to keep Trump in power.

What will we do if the oligarchs in the Democratic Party once again steal the nomination from Sanders? Will we finally abandon a system that has always been gamed against us? Will we turn on the oligarchic state to build parallel, popular institutions to protect ourselves and to pit power against power? Will we organize unions, third parties and militant movements that speak in the language of class warfare? Will we form community development organizations that provide local currencies, public banks and food cooperatives? Will we carry out strikes and sustained civil disobedience to wrest power back from the oligarchs to save ourselves and our planet?

In 2016 I did not believe that the Democratic elites would permit Sanders to be the nominee and feared, correctly, they would use him after the convention to herd his followers into the voting booths for Hillary Clinton. I do not believe this animus against Sanders has changed in 2020. The theft this time may be more naked, and for this reason more revealing of the forces involved. If all this plays out as I expect and if those on the left continue to put their faith and energy into the Democratic Party, they are not simply willfully naive but complicit in their own enslavement. No successful political movement will be built within the embrace of the Democratic Party, nor will such a movement be built in one election cycle. The struggle to end oligarchic rule will be hard and bitter. It will take time. It will require self-sacrifice, including sustained protest and going to jail. It will be rooted in class warfare. The oligarchs will stop at nothing to crush it. Open, nonviolent revolt against the oligarchic state is our only hope. Oligarchic rule must be destroyed. If we fail, our democracy, and finally our species, will become extinct.

Chris Hedges writes a regular column for Truthdig.com. Hedges graduated from Harvard Divinity School and was for nearly two decades a foreign correspondent for The New York Times. He is the author of many books, including: War Is A Force That Gives Us Meaning, What Every Person Should Know About War, and American Fascists: The Christian Right and the War on America.  His most recent book is Empire of Illusion: The End of Literacy and the Triumph of Spectacle.