The goal of The Plot Against America isn’t to overwhelm audience members with suffering, or to shock us into action; instead, its aim is to remind us of our shared humanity and how essential it is for us to be vigilant against hatred of all kinds. 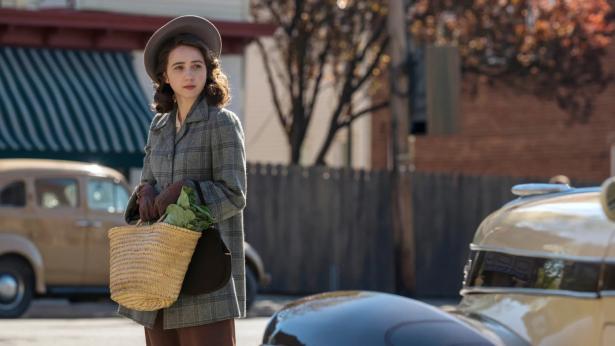 The Plot Against America, David Simon’s engrossing HBO series based on Philip Roth’s 2004 novel of the same name, is not the first series in the last few years to take up the mantle of resistance against the rise of fascism, but it is the most artful. Unlike other shows, such as The Handmaid’s Tale and Hunters, that have courted controversy through their depictions of intense brutality that borders on torture porn, The Plot Against America refuses to use cheap shocks, instead focusing on how its characters confront their slow-building anxieties and sense of powerlessness in the face of an increasingly hateful America.

Like the book it is based on, the series takes place in an alternative history, one where Charles Lindbergh, American aviator hero and Nazi sympathizer, is elected president. The series then looks at how a working-class Jewish family in New Jersey copes with the far-reaching changes that come with the new administration. Over the course of six propulsive episodes, we see how rising anti-semitism begins to encroach on each of their lives, even as some family members refuse to see the administration’s role in stoking hate.

The Plot Against America

The Plot Against America by Philip Roth

Critics of Roth’s work cite the lack of layered female characters among its weaknesses, but here they’re given tremendous depth and complexity. Winona Ryder plays Evelyn Finkel as a curiously warm-hearted villain, one who loves her family but who also ends up sacrificing them to the altar of Lindbergh when she becomes involved with Rabbi Lionel Bengelsdorf, played seductively by John Turturro.

Likewise, Zoe Kazan transforms the role of Bess Levin from quiet and supportive housewife into a member of the powerful resistance. More than anyone else, Bess sees the ways in which the America she loves is slowly being taken over by rising hatred. Unlike her husband, Herman Levin, played brilliantly by Morgan Spector, Bess is less concerned with fighting back against the forces eroding America’s values than in planning ways that her family could potentially escape. Kazan imbues Bess with a kind of quiet and firm resolve, and the result is a performance that is as inspiring as it is devastating.

One of the other great feats of The Plot Against America presents an authentic vision of what it means to be Jewish. While some recent series like The Marvelous Mrs. Maisel and Hunters have depicted Judaism by amping up stereotypes (thick accents, overhead shots of matzo ball soup, and copious exclamations of “Oy vey!”), The Plot Against America is invested in portraying a deeply Jewish sensibility, one that is both subtle and nuanced. We see shots of mezuzahs on doors; we hear words in Hebrew and Yiddish that come up in natural conversation; we watch Jewish American families go to temple and plan Shabbat dinners, all the while not drawing copious amounts of attention to the fact that they’re doing so. Moreover, no two Jewish characters share the same exact beliefs or responses to the rising tide of terror against their community. In this way, Jews are never presented as strange or exotic, but simply as ordinary people trying to survive increasingly hate-filled times.

In the same way, some of the most genuinely affecting scenes throughout the series focus on grief rather than horror. For Bess and Herman, one of the greatest tragedies of the Lindbergh era is that their children are growing up under a kind of constant fear, one that will always shape the way they see the world. The Levins’ youngest son, Philip (Azhy Robertson), is plagued by nightmares and crying spells, while his older brother, Sandy (Caleb Malis), attempts to avoid his own fears by embracing the “America First” projects that his Aunt Evelyn encourages him to support. So many of the most haunting scenes don’t involve physical violence at all, but a heightened sense of loneliness that comes from being more and more isolated from the world at large.

In this way, The Plot Against America neither sanitizes hatred nor rubs it in our faces for the sake of entertainment. We see old black-and-white newsreel clips that show Jewish families in Europe being rounded up, but we don’t linger on shots of people being killed. We see Jewish families scrubbing swastikas off of gravestones and hear people calling out slurs, but we focus more on the emotional effect this has on each character, rather than leering at unimaginable horrors. The goal of The Plot Against America isn’t to overwhelm audience members with suffering, or to shock us into action; instead, its aim is to remind us of our shared humanity and how essential it is for us to be vigilant against hatred of all kinds.

I write about TV, film, art, empathy, culture, and our digital lives.