Voting by mail is key to ensuring the integrity and accessibility of November’s vote. 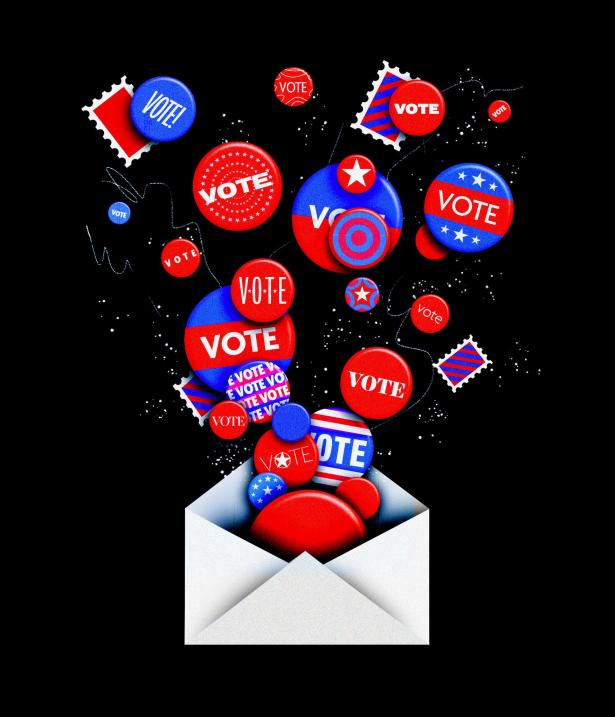 There is no good time for a pandemic to hit. Still, it’s hard to imagine a more vulnerable moment than the one we find ourselves in, only months before some 130 million Americans expected to head to the polls to vote for the next president and thousands of other officeholders. The outcome of the November election could shape the contours of American politics and government for decades.

Right now, most people are rightly preoccupied with the immediate impacts of the coronavirus on public health and the national economy. But a functioning democracy requires elections that are free, fair, accurate and on time, even during a global health crisis.

It is almost certain that the 2020 election won’t look like any we’ve seen before. Assuming the coronavirus outbreak persists into the fall, it will pose unprecedented challenges to holding a nationwide vote, the most obvious of which is the need to keep people physically separated.

For tens of millions of Americans, the traditional visit to the local polling site on Election Day may not be an option. Several states have already postponed their primaries for this reason. That may be the right call for the time being, but it won’t work for the general election in November, the date of which is prescribed by federal law, and which is followed soon after by the constitutionally mandated inauguration of the next president on Jan. 20.

The most practical fix is to make voting by mail a clear and free option for every eligible voter in the country. This means, at a minimum: printing tens of millions of mail-in ballots and envelopes; ensuring that all registered voters receive one automatically, can request a replacement if they don’t, and can return it by Election Day; and finally, having the human and technological resources, like ballot scanners, available to count those votes quickly and accurately.

The good news is that we already have evidence that voting by mail works well. In five states — Colorado, Hawaii, Oregon, Utah and Washington, most or all votes are cast by mail; in three others more than half are. In all, nearly one-quarter of all voters cast ballots by mail in 2016.

The experiments in the states have yielded several key findings: First, turnout is significantly higher nearly everywhere voting by mail is used. Second, voters of all political persuasions use it and like it. Third, it’s safe and secure. Bar codes allow for ballot tracking and validation. And states that use vote-by-mail have encountered essentially zero fraud: Oregon, the pioneer in this area, has sent out more than 100 million mail-in ballots since 2000, and has documented only about a dozen cases of proven fraud.

The success of mail-in voting in these states is encouraging, but to pull it off on a national level, preparations must begin today. In 2018, 31 states had fewer than 15 percent of their ballots cast by mail. Switching to all or nearly all voting by mail will require printing at least 70 million additional ballots.

These ballots will have to be ready to go out by Labor Day, less than six months from today. They must be postage-paid, so that no one has to pay a penny to vote, and there need to be enough machines and poll workers available to start counting ballots as soon as they come in. Signature-matching software can help ensure ballots are coming from the voters they were sent to, without introducing partisan bias into the process. And where signatures don’t match, voters should have an opportunity to fix the problem and cast a provisional ballot if necessary.

All of this won’t be free; it will cost an estimated $2 billion, according to a report released this week by the Brennan Center for Justice. That may sound like a lot, but it’s a drop in the $1-trillion-plus stimulus bucket Congress is considering right now — and it should be an essential part of any coronavirus response package.

A bill drafted by Senators Ron Wyden of Oregon and Amy Klobuchar of Minnesota would require states to, among other things, provide self-sealing envelopes with prepaid postage to all voters who request an absentee ballot. The bill would provide for all necessary federal funds to help the states.

Making voting easy and widely accessible in a time of social distancing is the biggest thing we can do, but there are other steps we can take to ensure a safe, secure and high-turnout election.

First, educating voters with clear and simple instructions about handling and returning their mail-in ballots. The Postal Service is one option, but specialized drop boxes with camera monitors, which Colorado uses, should be too.

Second, physical polling sites still must be made available for those voters who are uncomfortable voting by mail or unable to. Many Native Americans living on reservations, for example, do not have traditional postal addresses, and would have a hard time receiving or returning a mail ballot. Many others will have moved as a result of the virus and may be hard to locate.

Physical sites will need to follow strict protocols to protect the health of voters and poll workers, many of whom are older. These include frequent sanitizing of voting equipment and placing adequate distance between voting booths.

In addition, states should offer at least two weeks of early in-person voting, to ease the strain on sites that might otherwise be unable to cope with an inundation of voters on Election Day — flattening the curve, if you will. And voters will need to be made aware of any changes to the location of their polling place, which will very likely happen for public health reasons.

For the oldest continuously operating democracy in the world, the United States has a poor track record of prioritizing the smooth operation of elections. With a few very notable exceptions, we’ve been lucky that these failures have not crippled our ability to discern the people’s will — the central demand of any republican government. The threat posed by coronavirus is on a different level, and will require a new degree of citizen participation and cooperation among officials at all levels of government. For Republicans, this means giving up their addiction to anti-democratic and counterproductive measures like voter-ID laws, which lawmakers in Kentucky were still voting to pass as recently as this week.

For all Americans, no matter their politics, the most important thing to remember is that this election is not going to look like what they are used to, and to be patient if final results aren’t in on election night. There has been a lot of criticism, much of it legitimate, about slow or disorganized counts during this primary season. But getting an accurate vote count is far more important than getting a fast one.

The integrity of the election is critical to the legitimacy of the nation’s next leader, and never more than in this hazardous moment. It’s essential that every eligible voter has an opportunity to cast a ballot, and that every vote is counted.