Untold thousands will likely die, absent federal intervention. And it needs to happen this instant. Why won't the president help? 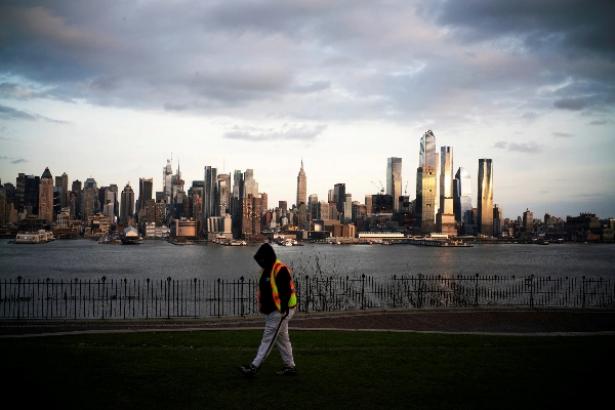 So it’s essentially come to this: President Trump is treating each of our 50 states as individual contestants on “The Apprentice” — pitting them against one another for scarce resources, daring them to duke it out — rather than mobilizing a unified national response to a pandemic.

If that’s the case, this is the episode where New York loses. The coronavirus is whipping through the state, especially New York City, at a terrifying rate. We need personnel, ventilators and personal protective equipment, stat.

But Trump’s response has been the same as President Gerald Ford’s in 1975, when our city, faltering on the brink of insolvency, begged Washington for help and was brutally rebuffed, a moment forever enshrined in The Daily News’s headline “FORD TO CITY: DROP DEAD.”

Now Trump is telling us the same. Literally.

Untold thousands will likely die absent federal intervention. And it needs to happen this instant — not just for the good of the city, but for the nation. The president needs to set a precedent in his hometown.

On Tuesday morning, Gov. Andrew Cuomo opened his daily coronavirus briefing on a far more somber note than usual, noting that the number of cases was climbing at a faster rate than even the experts had predicted, doubling roughly every three days. “The apex is higher than we thought and the apex is sooner than we thought,” he said. “That is a bad combination of facts.”

What it means, practically speaking: Our hospitals will soon be overwhelmed with Covid-19 patients. The governor has already said that the state is 30,000 ventilators short. The only way to acquire the volume we need — delivered at the speed we need — is through federal intervention, which means sending us the bulk of the ventilators from the strategic national stockpile, which has roughly 20,000, and deploying the Defense Production Act to force private manufacturers to make more.

But that’s not what the president is doing. He refuses to use the Defense Production Act, fearing it’ll put an undue burden on business, and he’s keeping his federal stash under tight lock and key. On Tuesday morning, Cuomo confirmed that FEMA would be sending the state only 400 ventilators. (“What are we going to do with 400 ventilators when we need 30,000?” he asked.) Vice President Mike Pence later said he’d send New York 4,000 from the stockpile — a fine start, but nowhere near what New York needs.

What is the president waiting for, and why is he hoarding — or let’s be charitable and say husbanding — his resources? Must the death toll in New York prove so calamitous he needs no further proof? Is he trying to make an example of his former home?

“I will take personal responsibility for transporting the 20,000 ventilators anywhere in this country that they want, once we are past our apex,” Cuomo said. “But don’t leave them sitting in a stockpile, and say, ‘Well, we’re going to wait and see how we allocate them across the country.’ That’s not how this works.”

It would be one thing if other states were in the same dire position as New York. But they aren’t. We have 10 times the number of cases as Washington and eight times that of California. New Yorkers are now locked in place, waiting for the wave to come. As of Tuesday night, Dr. Deborah Birx, the coordinator for the White House Coronavirus Task Force, recommends that New Yorkers self-quarantine if they leave the state. Gov. Ron DeSantis of Florida is ordering anyone flying in from New York to self-quarantine for 14 days upon landing.

I guess Trump likes the numbers where they are. I have news for him: They won’t stay that way. The idea that New York is an exception rather than a harbinger is madness.

The rest of the country may regard New York as a black hole of need. But in fact the opposite has always been true; we’re forever sweeping more into the federal till than we receive in services. In 2018, according to the state comptroller’s office, we gave $26.6 billion more to Washington than we got back, ranking us dead last for federal benefits.

Now, we finally have a native New Yorker in the White House to do something about this discrepancy. Instead, he’s the worst offender, and this time the consequences will be lethal.

Part of me can’t help but wonder if Trump is just playing to his base, which views cities with suspicion, perhaps New York above all. We are multiculturalism personified — home of the United Nations, a place where 637 languages and dialects are spoken. A purée while the rest of the nation is vegetable soup, as Spalding Gray once lovingly said.

Never mind that Trump is himself a creature of New York, just a different dimension of New York. Tabloid New York, real estate New York and (above all, and most ironically) global New York, which made possible his worldwide hotels, his construction projects made of Chinese steel, his loans from Deutsche Bank. It’s a New York he now disavows. A New York he now blames.

But this is not a game. Trump has no clue how to marshal the forces of federal government, which he stripped down to the studs. He has no unifying instincts at all. New York will be gasping for breath, and the other states will soon follow. Unless he takes action, now.

[Jennifer Senior has been an Op-Ed columnist since September 2018. She had been a daily book critic for The Times; before that, she spent many years as a staff writer for New York magazine. Her best-selling book, "All Joy and No Fun: The Paradox of Modern Parenthood," has been translated into 12 languages. @JenSeniorNY]